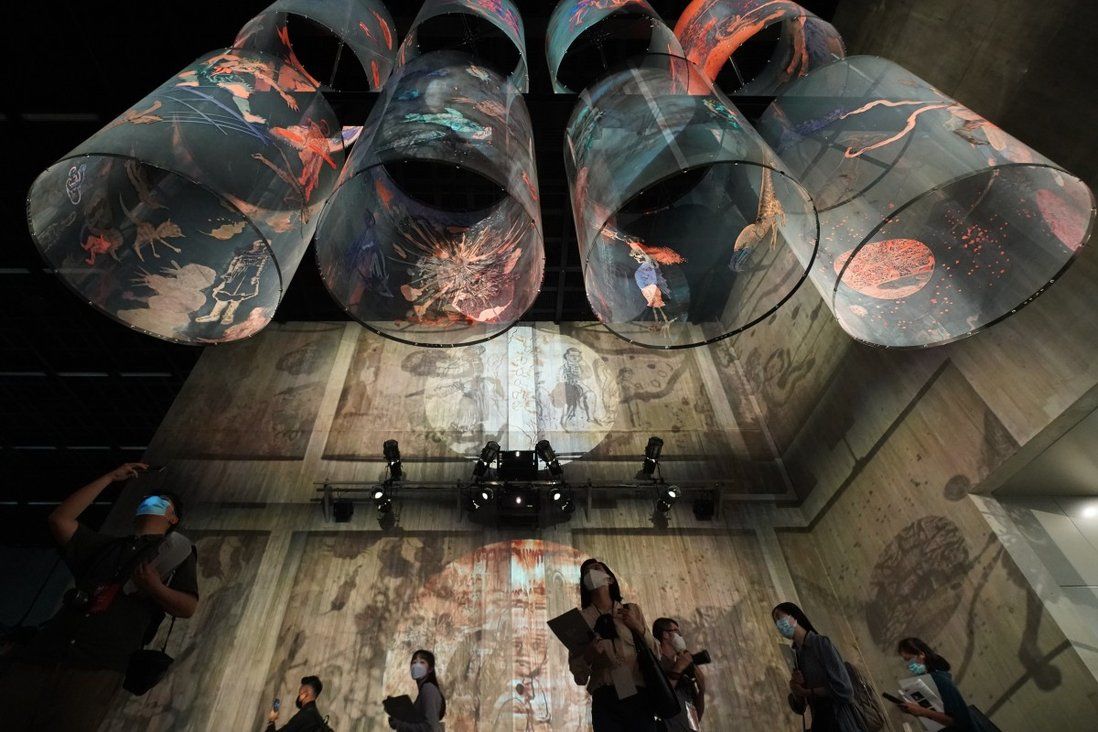 Hong Kong’s nightlife need not be limited to eating and drinking; art galleries, book stores, museums and other cultural spaces should be encouraged to stay open late. Diversifying the evening economy will bolster local tourism and foster a new sense of identity and culture.
Hong Kong’s evening economy could cultivate a new sense of identity while unleashing new potential in the city.

Since 2019, there have been only a few moments that have brought the whole city together in unanimous support, such as the excitement of supporting Hong Kong’s athletes at the Tokyo Summer Olympics and the emergence of local boy band Mirror.

While the city urgently needs a plan to recover from the effects of the Covid-19 pandemic, the potential contained within its evening economy deserves greater attention.

The current administration unveiled its plan to reform the government structure in the latest policy address. One of the proposed changes was to set up a new bureau overseeing culture, sports and tourism.

John Lee Ka-chiu, the sole candidate in Sunday’s chief executive election, has said he was inclined to support the restructuring plan. The new leadership must further its vision for the culture industry by rejuvenating and diversifying the city’s once-proud and boisterous evening economy.

The pandemic has upended Hong Kong’s evening economy. For a long time, dine-in services stopped after 6pm, while bars and nightclubs suffered after being shut down.

The government’s drastic actions had an impact far beyond the Employment Support Scheme cushion. Food and beverage, and the arts, entertainment and recreation sectors both have unemployment rates of around 11 per cent, according to the latest official provisional figures.

Yet, Hong Kong is a consumption-driven economy. It is one of the most service-oriented economies in the world, with the sector accounting for 93.5 per cent of the city’s GDP in 2020. A large part of our evening economy is wrapped up in eating, drinking, shopping and entertaining.

Our nightlife includes many pleasures, with the consumption of alcohol being the main one. Lan Kwai Fong has long been associated with boisterous behaviour.

People need a chance to wind down from their stressful working lives and compensate for spending long hours in the office. However, the question remains whether our evening economy is diversified enough.

When Taiwanese book store Eslite operated around the clock on opening in Hong Kong in 2012, it drew many book lovers in the evenings. The Lunar New Year Flower Markets and other music and book festivals would operate until midnight, or later.

In other major cities, gyms, sushi bars, art galleries, book stores, museums and the like are open late. Keeping museums open in the evening to give people more options and create more economic opportunities would not be unwelcome. Most museums operated under the Leisure and Cultural Services Department close at 6pm.

The usual visitors during the day are students and tourists. However, large parts of the city’s working population struggle to enjoy a cultural experience without long, demoralising queues at weekends and public holidays.

This is not to disparage the effort of cultural hubs such as PMQ, which is open until late in the evening. Neither is it a criticism of the West Kowloon Cultural District, which in fact serves as a great example.

The Xiqu Centre for Chinese opera, the Freespace centre for contemporary performance and the M+ Museum already operate well into the evening. Better synergy is required to combine their efforts with other major components of the evening economy.

Other spaces for arts education are expected to open soon. Hong Kong can do much more in terms of cultivating a new sense of identity with its evening economy, which could also boost the tourism industry’s economic contribution.

There is no reason Hong Kong cannot succeed. It has the necessary transport system with the MTR and bus services running until late. Investment in smart tech could alleviate any potential logistics and safety issues over workers staying out late.

If Hong Kong is to truly become a “hub for arts and cultural exchanges between China and the rest of the world”, as envisioned in the 14th-five year plan, its new leadership must reflect and take action to revive and diversify its evening economy. This will bolster the local tourism industry and foster a new sense of identity and culture as part of Hong Kong’s long-term recovery.
#COVID-19  #Covid
Add Comment