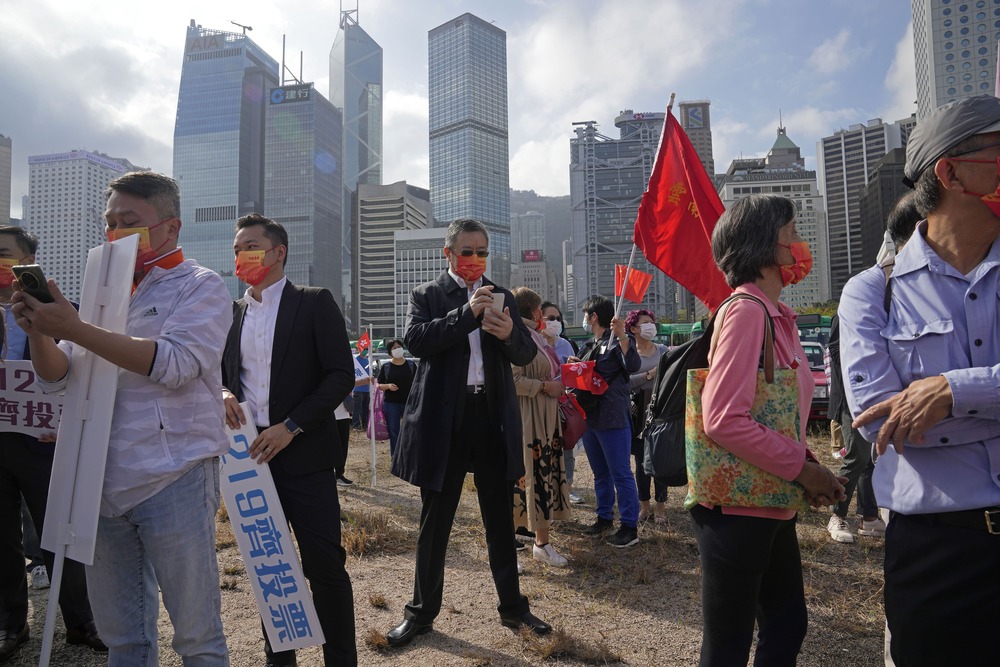 How Hong Kong's 'patriots only' legislature gets chosen

China says Hong Kong's new 'patriots only' legislature will put the city back on track and free it from a disruptive opposition. Critics say pro-democracy voices have been banished and a rubber stamp law-making body created.
So how will this new system work?

Hong Kong is run under a "One Country, Two Systems" model where Beijing promised the city could maintain certain liberties and autonomy for 50 years after the 1997 handover by Britain.

The city is led by a chief executive who is appointed by a small pro-Beijing committee. New laws are debated and passed by the Legislative Council, known locally as LegCo.

While pro-establishment figures were guaranteed a majority, a small minority of mostly democratically elected opposition lawmakers was permitted and thrived.

They often challenged and held up controversial legislation, creating a rambunctious, outspoken political scene that would have been unthinkable on the Communist Party-controlled Chinese mainland.

Under the new rules, this has changed.

LegCo was expanded from 70 to 90 seats, but the rules drastically curtail who can run for office and the number of directly elected seats.

Only those deemed patriotic and politically loyal can stand for office.

Most prominent pro-democracy activists are either in jail, have fled overseas, or barred from standing. Mainstream opposition democracy parties have decided not to even try and compete.

The biggest chunk of LegCo seats, 40, will be picked by a select "Election Committee" of 1,500 staunch Beijing loyalists.

The same committee, which makes up 0.02 percent of the city's population, will appoint the next chief executive in 2022.

It is made up of political and business elites, including some of the city's tycoon families.

A further 30 seats will be chosen by functional constituencies.

Initially an invention of colonial Britain and continued under Chinese rule, these bodies represent various industry and special interest groups within the city.

Industries like finance, importers, retail, and catering are included, along with community sectors like labor, teachers, and rural committees.

Some 4.5 million residents in the city of 7.5 million can vote but their ballots will only decide 20 seats -- down from half under the old system.

With the new vetting system barring most traditional democrats, the candidate list is a comparatively uniform slate competing for a smaller piece of the legislative pie.

Around ten out of 153 vetted candidates have been identified by local media as moderate or non-establishment aligned.

Some Hong Kongers also have more votes than others.