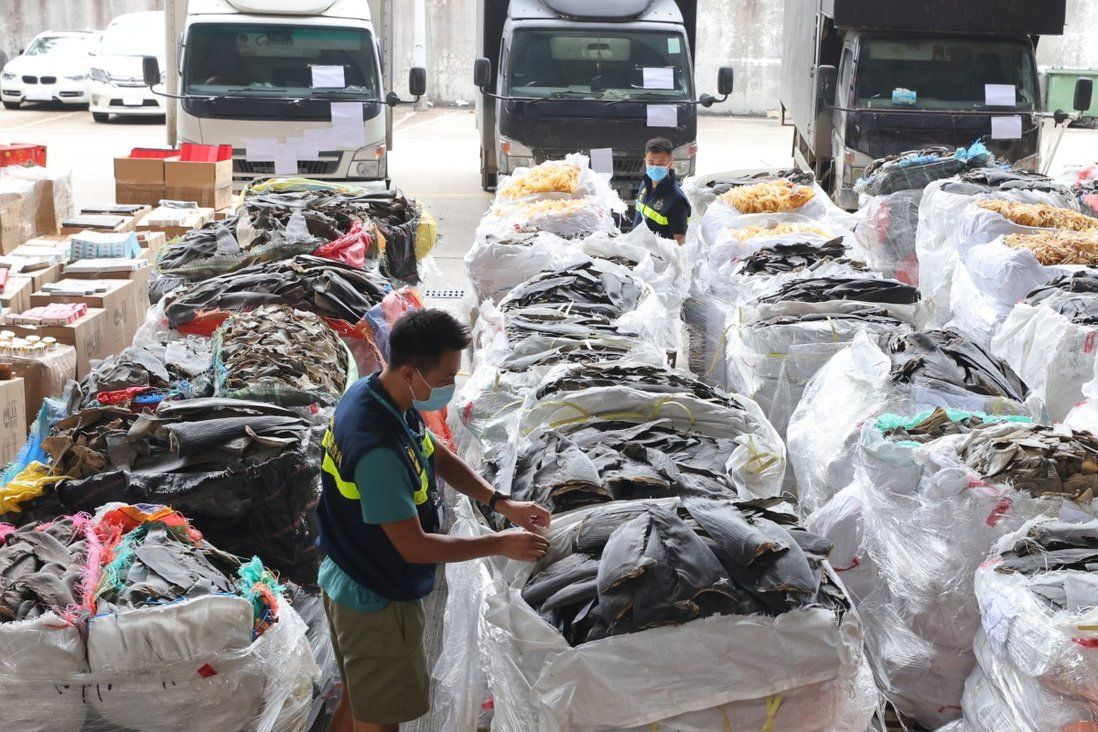 Demand for shark fin in Hong Kong and other markets is driving overfishing and pushing many species to the brink of extinction. An initiative conceived and developed in the city aims to recover populations of at least eight threatened species, but requires widespread support.

Summer is almost here, and with it comes the silly season of “shark sightings”. Today, few people realise that sharks were once common in our waters and that in the 1950s there were enough of them to support a targeted fishery.

This fishery peaked in the late 1960s with around 2,400 tonnes of sharks caught annually. It had largely collapsed by the 1980s, likely because of too many fishing vessels and no catch limits, exacerbated by slow reproductive rates of many shark species. Catches by indiscriminate fishing gear such as bottom trawls and gill nets continued, and by the early 2000s shark catches had declined to negligible amounts.

Many species are now locally extinct. Species long gone from our waters include reef sharks, scalloped hammerhead sharks and even sawfishes – rays which have some of the most valuable fins for shark fin soup.

Hong Kong’s story is an early example of overfishing causing local shark and ray extinctions, a pattern that has repeated itself many times around the world. However, the linkage between Hong Kong and the current global shark and ray crisis does not stop there.

Demand for shark fin in Hong Kong and other key markets drives the overfishing of these animals around the world, leading to local extinctions in many countries. We are now on the cusp of a wave of global extinctions.

Today, 37.5 per cent of the more than 1,200 shark and ray species are threatened with extinction, including more than 200 endangered and critically endangered species. Some of the latter have not been seen for decades and might already be extinct.

Sharks are frequently misunderstood and demonised by the media, but killing tens of millions of them annually does not make our oceans a better place and hurts the livelihoods of coastal communities in many countries. Sharks and rays can support tourism and contribute to the health of coral reefs.

The role of tiger sharks in limiting seagrass grazing by dugongs and turtles has knock-on benefits for the climate as more seagrass means more carbon storage. Widespread declines in shark and ray populations upset the balance of our oceans, and the extinction of species denies ecosystems, the climate and people the benefits they bring.

Recent WWF analysis of the link between shark fin soup and driving species to extinction found that more than 40 per cent of all endangered and critically endangered sharks and rays are implicated in the global fin trade. These findings and earlier research on the species composition of fins traded through the city confirm Hong Kong’s role in driving global biodiversity loss.

There is no room for complacency. Outdated ideas like oceans are big enough and common fish species are too numerous to go extinct are false and underplay the vast reach of the world’s fishing fleets.

Sharks and rays are at the sharp edge of the wedge of overfishing. Many species are likely to become extinct in our lifetime unless we try to recover populations in their last refuges.

That is where the Shark and Ray Recovery Initiative comes in. Conceived and developed by WWF staff in Hong Kong working with top international shark and ray conservationists and scientists, the initiative is a targeted response to the shark and ray extinction crisis.

It aims to start recovering the most endangered species by protecting critical habitats. Communities, authorities and other key stakeholders will be involved in developing recovery plans to reduce mortality from fishing so the animals can naturally replenish themselves.

Initially, our aim is to recover populations of at least eight threatened species and then to spark a broader wave of recoveries globally by providing free training and supporting a community of practitioners.

Shark fin consumption might be falling locally, but it is still too much. Hong Kong continues to account for 40 per cent of the global trade, which includes critically endangered species, but there is time to turn things around.

Anyone in Hong Kong can play a part in restoring our planet by supporting local and regional efforts to recover biodiversity. And if you know anyone who still consumes shark fin soup, please encourage them to give it up completely.