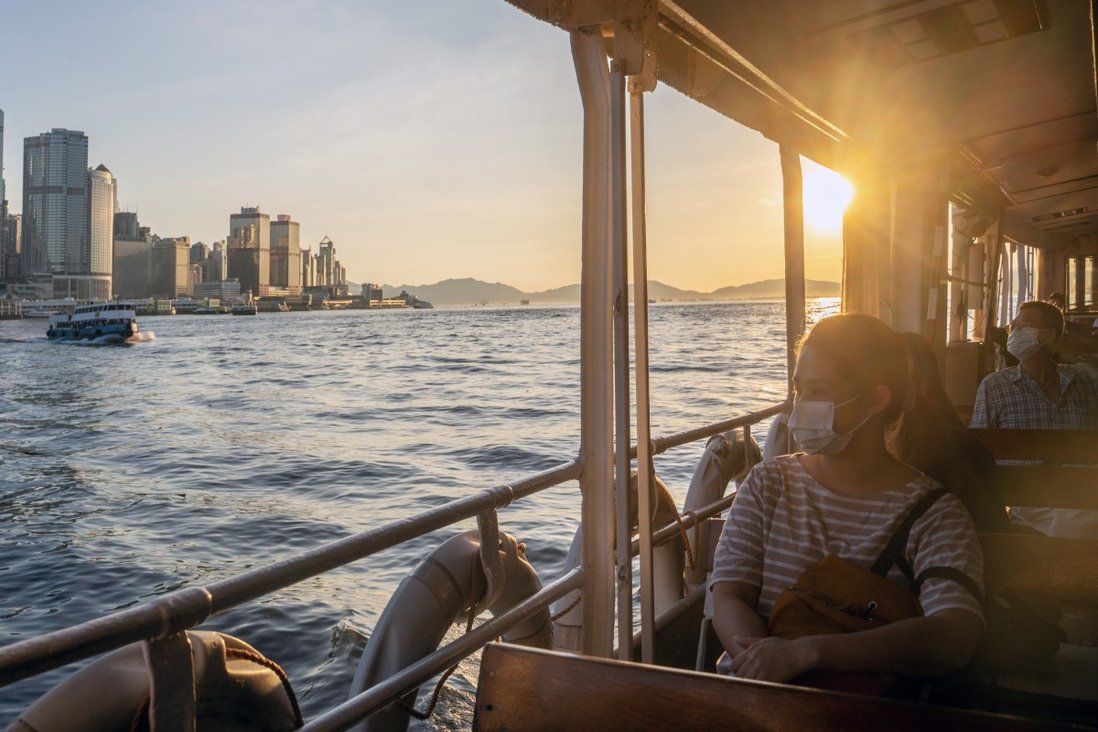 Hong Kong’s legal safeguards, wealth and depth of talent remain intact, while its mainland connections and international mindset continue to be its greatest strengths. It’s up to Hongkongers to build on these unique advantages and voice its role to both the mainland and the rest of world.

The heavy rains earlier this month brought vivid memories of the torrential downpour that all but drowned out the Prince of Wales’ farewell speech at Tamar 25 years ago. Drenched in the heavy rain, many guests rushed home to change clothes before they could witness the change of sovereignty.

For some loyal British subjects, it was as though the heavens were mourning the end of British rule and the foul weather was a portent of stormy times ahead.

For others, who welcomed Hong Kong’s return to China, the heavy rains were sent by heaven to wash away the stains of humiliation on the forcibly ceded territory.

Toward midnight, the People’s Liberation Army’s forces started to move into the city. The streets where they entered were lined with New Territories indigenous residents welcoming their arrival.

Hong Kong’s historic return to China thus took place amid much pomp and circumstance in official ceremonies, but deeper down, Hong Kong’s society was torn between celebration and regrets, optimism and trepidation.

For 25 years, the two opposing views of Hong Kong’s history, identity and state of autonomy have persisted and divided our society, sparking protests against China-related issues from time to time. The tension came to a head in the prolonged anti-government protests in 2019.

The violence was stopped in 2020 only after authorities in Beijing enacted a national security law for Hong Kong. Beijing then adopted further initiatives to tighten the loyalty requirements for aspirants for public offices and blocked loopholes in Hong Kong’s electoral system.

The slew of measures enabled Beijing to finally exercise “comprehensive jurisdiction” over Hong Kong, and raised concerns in some quarters.

The “comprehensive jurisdiction” objective is nothing new. China had said from the outset, in the Sino-British Joint Declaration, that it would recover Hong Kong and resume the exercise of sovereignty over the territory. The Basic Law spells out the powers exercised directly by the central authorities, and the powers that can be exercised by the local administration to establish a high level of autonomy under delegated authority.

This constitutional arrangement was reiterated by the State Council in a white paper on the practice of “one country, two systems” in Hong Kong, published in June 2014.

Hong Kong is undeniably part of China, not just because Beijing says so, but because of its history, geography and its people. Hong Kong people are highly externally oriented, but the strongest connections – whether social, cultural or economic – are with the mainland of China. 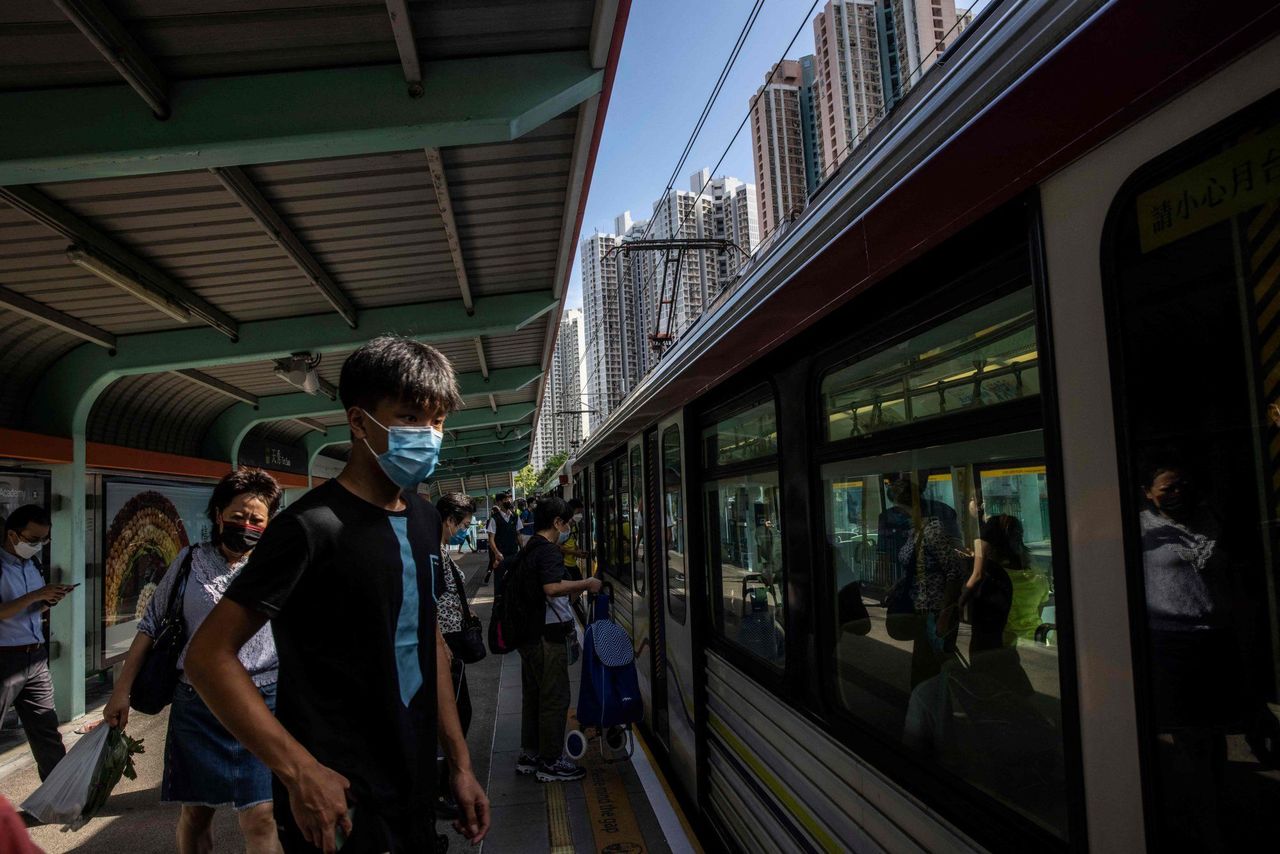 Commuters board the light rail in Hong Kong’s Tin Shui Wan district that is close to the mainland city of Shenzhen, on June 23. Hong Kong people are highly externally oriented, but the strongest connections – whether social, cultural or economic – are with the mainland.

Now that Beijing authorities have succeeded in exercising “comprehensive jurisdiction”, can Hong Kong maintain its “high level of autonomy” and continue to function as a catalyst for China’s modernisation and a bridge between China and the rest of the world?

I believe the answer rests with Hong Kong people, both in and outside government. It is up to them to make a continuous effort to strengthen Hong Kong’s unique advantages and voice its unique role both to the central authorities and the rest of the world.

There is good reason to be optimistic about Hong Kong’s future. First, the institutional safeguards of Hong Kong’s separate systems and lifestyle enshrined in the Basic Law have held up well in stressful conditions. Hong Kong people’s basic rights and freedoms are protected by the Basic Law.

Despite political pressures on overseas judges on the Court of Final Appeal to withdraw from the court, 10 distinguished jurists have elected to stay. Hong Kong’s rule of law continues to be highly ranked in the World Justice Project’s rule of law index and the independence of the judiciary is intact.

Second, despite the political turmoil and the Covid-19-induced economic setbacks, Hong Kong’s hefty fiscal reserves have cushioned the city from a steep downturn. Its international business and tourism hub status is being hobbled by travel restrictions, but the new government has pledged to ease restrictions. Hong Kong rejoining the world is doubtless high on its agenda. 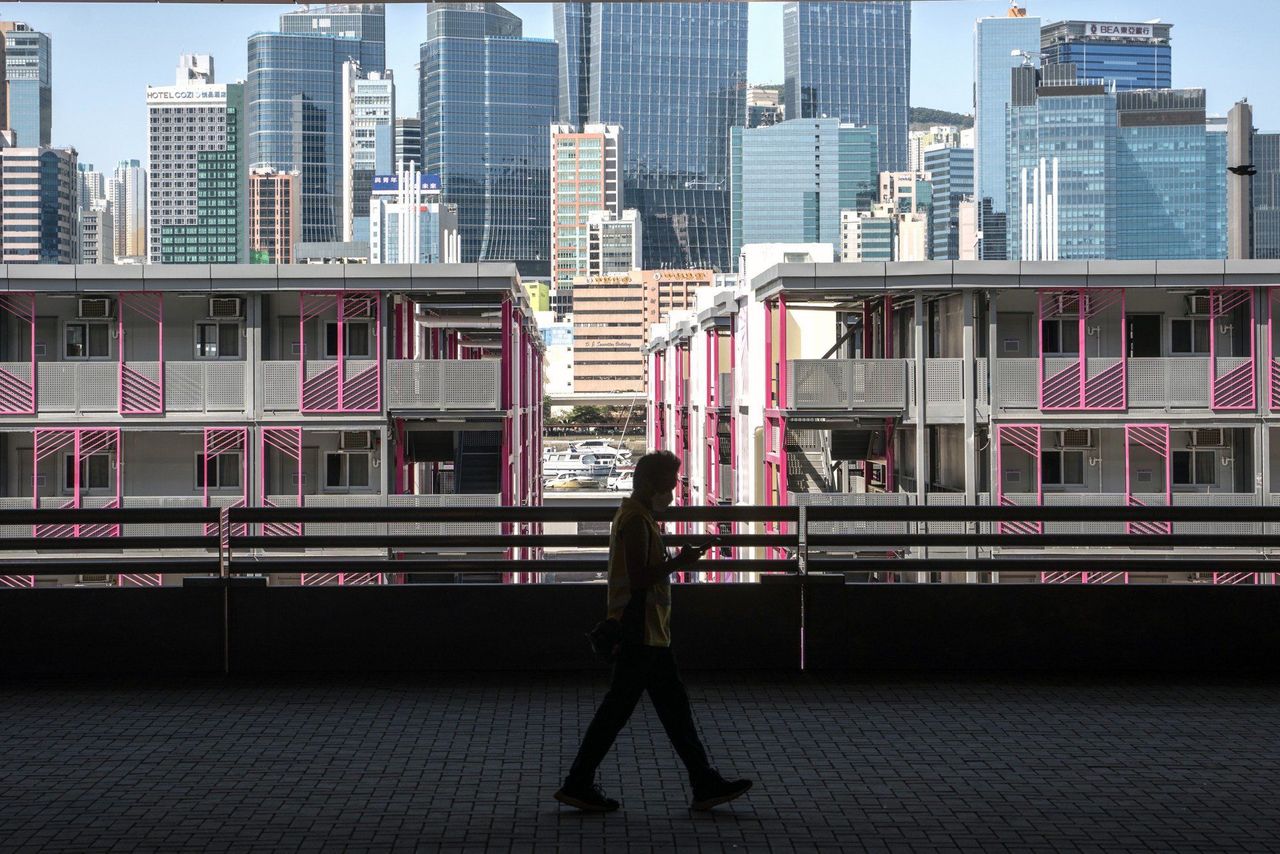 A man walks past the Kai Tak Community Isolation Facility used for Covid-19 quarantine in Hong Kong on June 28. Hong Kong’s new government has pledged to ease travel restrictions that have hobbled the city’s business and tourism hub status.

Third, the free flow of funds through Hong Kong has not been impeded by barriers to the physical movement of people and supply chain snarl-ups. Hong Kong continues to provide the plumbing for the development of the local and mainland China’s economies.

Since the implementation of the various “stock connect” schemes with the mainland, Hong Kong has channelled investments into the stock markets of Shanghai and Shenzhen to the tune of 1.6 trillion yuan (US$239 billion).

Hong Kong also continues to function as a fertile ground for financial innovation and experiments. Investment and trading in cryptocurrencies and virtual assets are banned in mainland China, but Hong Kong sees the value of animal spirits in the markets, and is taking steps to regulate new classes of assets and enhance Hong Kong’s competitiveness as a global financial hub.

Finally, thanks to Hong Kong’s openness and international environment, it continues to nurture a special breed of talented people who are conversant with both mainland Chinese and Western cultures. They are able to move across cultural frontiers, tell a special story about the country and Hong Kong, and create new value.

Thousands of Hong Kong entrepreneurs have in the past helped catalyse China’s economic transformation. Hong Kong’s new elites are well positioned to repeat Hong Kong’s past success – if they keep up Hong Kong’s spirit of audacity and enterprise.