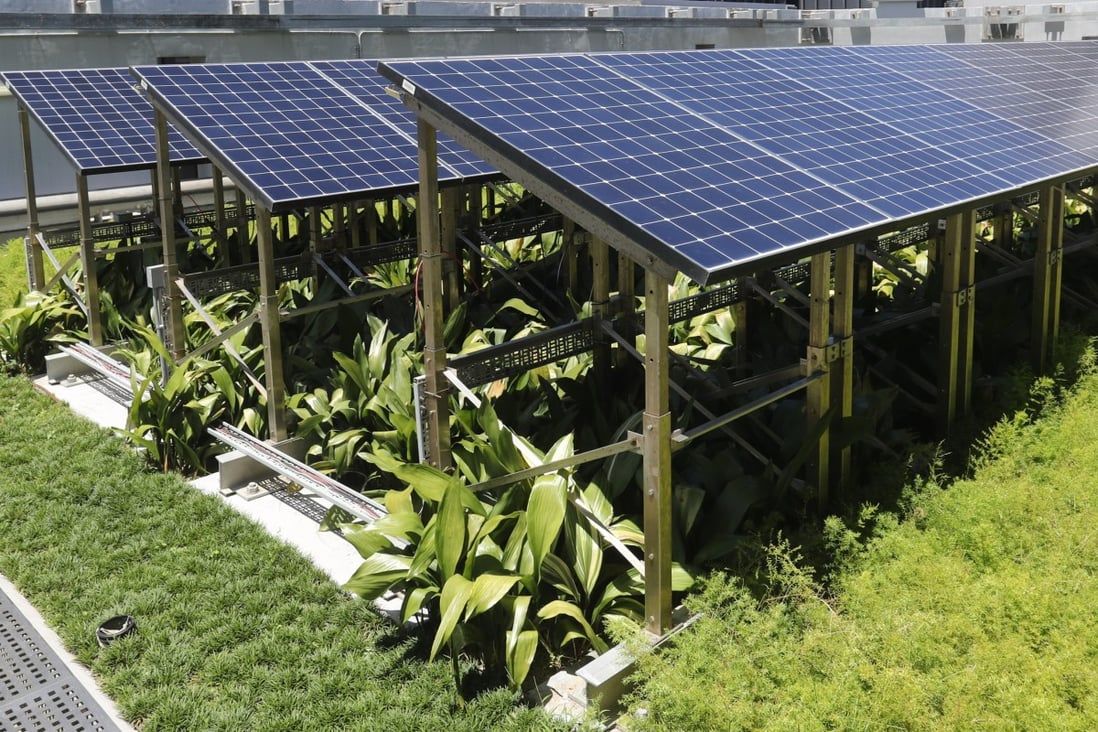 Landscaping and other green design features are not just pleasing to the eye but can reduce buildings’ overall heat gain, lowering the need for air conditioning. While not a panacea, green design features can limit damage to the environment, bring safety and comfort to users and cut energy consumption.

Weather records are dropping one after another. We had the hottest Chung Yeung Festival since records began in 1884 with the mercury climbing to 33.5 degrees Celsius. We had the hottest September day at 35.9 degrees. In July, we had 25 “hot nights” – defined as a minimum temperature of 28 degrees or above – the highest number in a month ever.

This extreme heat phenomenon was not limited to Hong Kong but affected the world at large. China logged its hottest summer since 1961, with cities in Sichuan province experiencing a series of August days over 40 degrees. India and Pakistan suffered from spring heatwaves that hit as early as late April, with the temperature reaching 50 degrees. Europe, North Africa and North America were not spared, with often-extreme heat combined with droughts and wildfires overstressing power grids while people were advised to limit electricity usage.

Extreme heat does not simply make us uncomfortable. Studies show it can trigger serious health issues including heatstroke, heart attacks and dehydration. Researchers at the University of Southern California found that when extreme heat mixes with pollution – which is common in urban areas – the toxic particles from vehicle emissions could worsen ground-level ozone and induce respiratory distress. Extreme heat also hurts economic growth by decreasing work productivity, affecting crop yields and setting off power shortages when supply cannot meet demand.

Since architects and engineers discovered two interdependent materials as being reliable and long-lasting more than 100 years ago, most buildings and infrastructure have been built with concrete and steel. Concrete is great for compression and steel offers a good strength-to-weight ratio, which made them ideal materials for high-rise construction.

Unfortunately, concrete and steel do more than just hold a significant amount of embodied carbon. They also create urban heat islands, which is when concrete and asphalt absorb and reradiate heat throughout the day, making the surroundings hotter. In densely populated areas, wasted and dissipated heat from mechanical equipment further contributes to temperature rises.

In addition, almost all of us are guilty of turning on the air conditioning with a flip of a switch. Air conditioning units take in fresh air and expel warmer air, making the outside temperature warmer. Estimates suggest that air conditioning units are on pace to increase global temperature by half a degree within this century. Worse, most such units use polluting hydrofluorocarbons as refrigerants, are inefficient, drive up electricity demand and threaten power shortages during peak usage on hot days.

Currently, our building codes do not mandate green design measures or energy use. Instead, the Buildings Department, Lands Department and Planning Department issue “joint practice notes” which offer floor area concessions for owners who implement green features from a predetermined menu.

They are encouragements and recommendations at best. The Hong Kong Green Building Council’s “Beam Plus” initiative is also voluntary. Other than awarding certificates to buildings that collect enough credits, there are incentives from other departments and utility companies, such as tax deductions and assessment fee subsidies.

Green building design will not immediately save the planet. The truth is, whenever we built an artificial environment, most of the materials involved – from extraction to refinement, fabrication to assembly, transport to installation – will involve a significant amount of embodied carbon. However, even if it is not a complete solution, green design features can limit damage to the environment, bring safety and comfort to users and cut energy consumption.

On the other hand, when green design measures are not mandatory, they are at the mercy of building owners. Owners may not be concerned about the extreme heat outside their properties as long as the air conditioning systems are working, tenants and users are satisfied and rental payments arrive on time. We should no longer be living in a close-minded society where each individual or company is only concerned about their own property and well-being.

At the moment, Europeans are conducting a massive experiment in rationing buildings’ energy consumption and people’s energy use. Although they were pioneering green design for decades, the recent behavioural changes were not purely motivated by environmental concerns but the need to reduce utility bills as gas and electricity prices skyrocketed amid the embargo on Russian oil and gas. Seen in a positive light, crisis brings out the best in humanity and accelerates innovations when the status quo is no longer an option.

If Hong Kong aspires to be a leader in innovation and technology – as Chief Executive John Lee Ka-chiu emphasised in his first policy address – we should prioritise and invest in building technologies that bring immediate and positive effects to our natural and built environments as buildings account for about a third of the global greenhouse gas emissions.

We also need an overhaul of the city’s building codes as an urgent response to the extreme climate changes around us. Realising green design should not come down to a decision based on costs and benefits by building owners but rather be premised on the health and safety of the general public. What would be better than rebranding Hong Kong as a green building jungle?