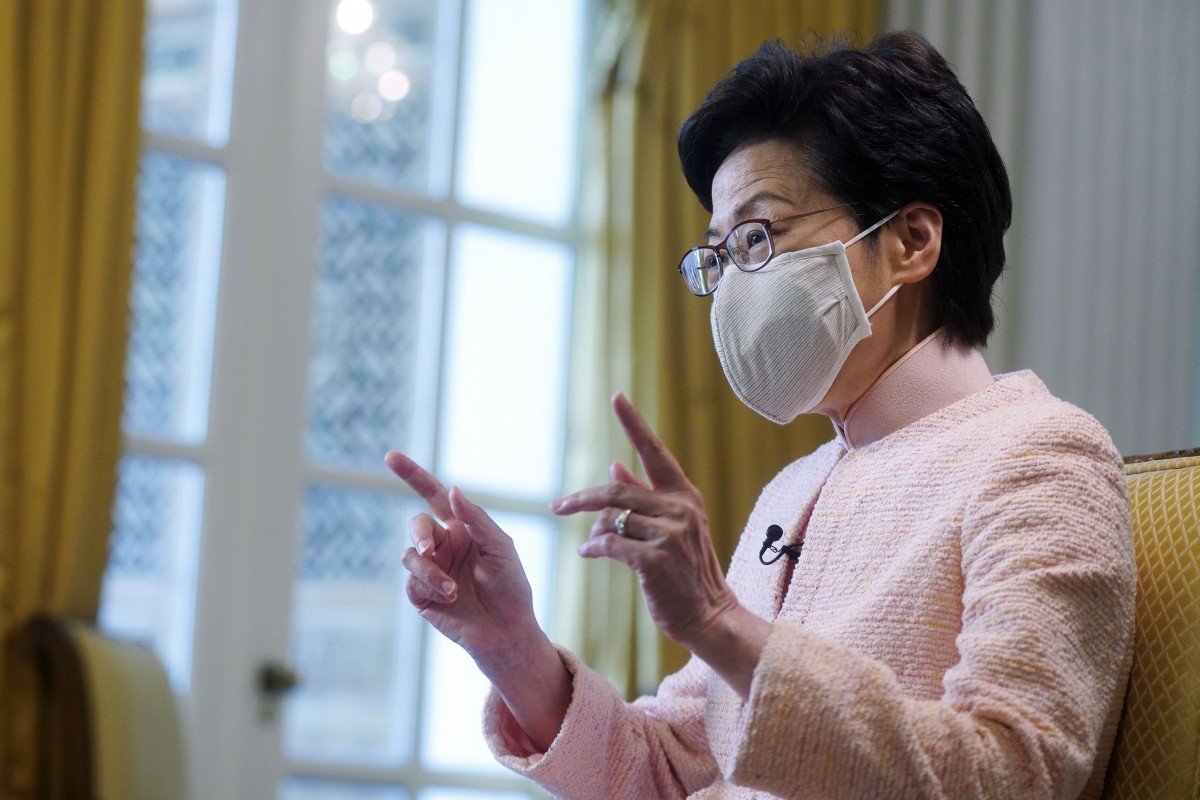 Confessed workaholic Lam says she is too busy to take a break – or even spend time talking to her husband.
What does Hong Kong’s leader do to de-stress after a hard day’s work? Read books or watch movies?

The answer is, nothing. It looks like Chief Executive Carrie Lam Cheng Yuet-ngor does not take a break.

“I do nothing except work,” she tells the Post. “I don’t even spend time talking to my husband these days. That is [the life of] a workaholic.”

So no hobbies? No pleasant pastime activities and entertainment? Is she pretty much “Carrie Lam the machine”?

“Yes, because I devote every minute of my time to work. There is so much work to do in Hong Kong.”

Lam’s predecessors were known for their own ways to unwind – Tung Chee-hwa was into Tai Chi, Donald Tsang Yam-kuen liked to feed his goldfish and carp, and Leung Chun-ying enjoyed a bit of gardening – but she seems to share Gordon Gecko’s “lunch is for wimps” attitude in the 1987 movie Wall Street. If she had time to watch movies in the old days.

“Of course, big and small,” she replies when asked if she is the kind of person who actually derives entertainment from work.

“Sometimes, my greatest enjoyment comes not from big policies – building more housing, creating a West Kowloon cultural district – but some small and tiny things – helping an individual, helping a patient with a rare disease to get some drugs. And going to visit some disadvantaged families and immediately offering help to them, if they need more computers … ”

Lam admits that may not sound fair, but she insists it does not mean she is too buried in details to neglect the bigger picture.

“People say that ‘you are chief executive, you should roll out policies to help everyone in that sort of situation without computers’ … Yes, we will do that. This year, I announced we are setting aside HK$2 billion (US$258 million) for e-learning, so that nobody will be left behind in doing e-learning. But why should I forgo [the] opportunity to help an individual?”

During last year’s anti-government protests and street violence sparked by her since-withdrawn extradition bill, Lam bore the brunt of public hatred and was abandoned even by her political allies.

She recalls how it was “such a traumatic period”, when the whole of society appeared to have turned against her, and even friends and colleagues “were pressing me to do things that I did not feel [were] right”.

“I have regained confidence,” she says. “I’m back to my old self.”

That is about as far as Hong Kong’s leader is prepared to go when it comes to letting her guard down and talking candidly about her personal life.

Her intensely private personality kicks in when asked about how her family is coping with the pressures that she is under.

“I can only say that my family is fully behind me,” she says. “Other than that, I don’t want to go into details.”
Add Comment