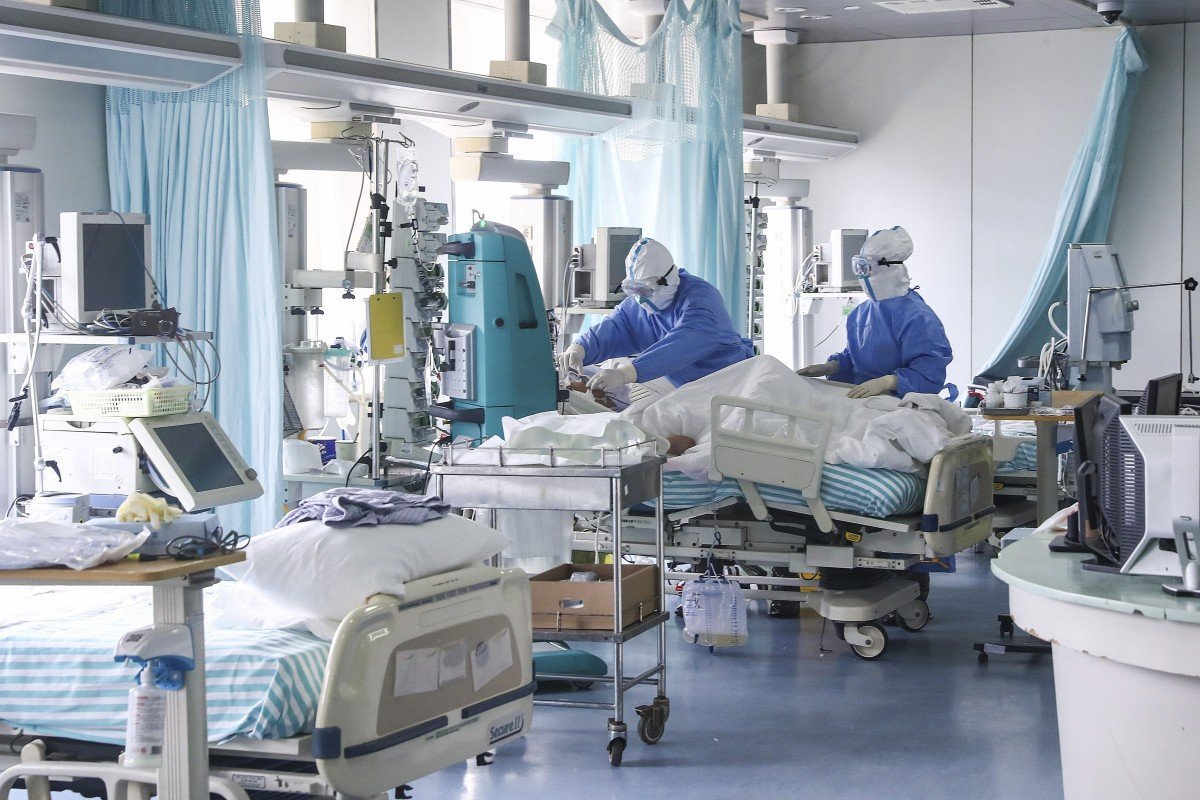 How China-US mistrust pushed the WHO into a coronavirus corner

The health body suggested more than a dozen American names for an international team to help assess the outbreak. But there is still no official word on whether any US representatives will be part of the team

Mistrust between Beijing and Washington has tainted US offers of help to contain a deadly coronavirus outbreak, forcing the World Health Organisation (WHO) into a political corner, analysts said.

US officials said they first offered to send American specialists to China as part of a WHO mission in early January but despite Chinese President Xi Jinping’s calls to deepen international cooperation in the public health crisis, that offer had yet to be accepted.

US officials said on Thursday that no American had been invited to China to take part, despite Americans accounting for 13 of the 25 names that the WHO submitted to China for the mission.

On Friday, WHO chief Tedros Adhanom Ghebreyesus said the final WHO team comprised of 12 international experts and 12 from China, and would begin its investigation into the spread of the outbreak and its severity this weekend.

Mike Ryan, executive director of WHO health emergencies programme, said he believed the mission would include health officials from the US, without elaborating.

Observers say growing strategic distrust between China and the US had influenced Beijing’s reaction to US offers of aid, with the Chinese foreign ministry earlier slamming the US for not providing “substantive assistance” and for having “inappropriately overreacted” with strict travel restrictions.

“The perception that the US could be a substantive aid giver to China in this outbreak, I think that’s the issue for Beijing – the need for it to not portray the image of weakness and needing of help, especially to the Americans,” Adam Ni, co-editor of the China analysis newsletter China Neican, said.

The coronavirus illness, now known as Covid-19, spread initially from the central Chinese city of Wuhan in December and has been detected in two dozen countries.

According to official figures released on Saturday, there have been more than 66,000 confirmed infections and 1,523 deaths in mainland China, with more than 500 other confirmed cases across the globe.

Beijing has taken unprecedented measures to try to contain the outbreak, including locking down entire cities and restricting travel for tens of millions. But it has also faced domestic and international backlash over shortages of medical staff and supplies as well as accusations of government missteps and cover-ups.

Wang Zhengxu, a professor of Chinese politics at Fudan University in Shanghai, said Beijing did not see the US government as being sincere in offering support to China, and likely felt the US government’s proposal to send medical experts in was either too small to be meaningful or not as significant as a “more clear effort of international solidarity”.

“The US government has been doing a lot of talking – of supporting China – but in actuality, its overall intention or strategy appears to be taking this opportunity to put more stress on China,” Wang said. “There has been quite a bit of undercutting China's anti-epidemic efforts.”

But Ni said it was useful for Beijing to target the United States at a time when it was facing both domestic and international criticism over its handling of the coronavirus outbreak.

However, that left the WHO, which has praised China’s response to the epidemic, in a bind.

“The WHO is in some ways caught in the middle,” he said. “On the one hand it has to take international public health seriously and on the other hand, it has to do so in a way that appeases Beijing because I think it’s not going to be able to function effectively without Beijing’s cooperation in this outbreak.”

Yanzhong Huang, senior fellow for global health at the Washington-based think tank Council on Foreign Relations, said WHO chief Tedros was also in a dilemma, between cautioning the international community not to overreact to the outbreak while endorsing “very drastic, sometimes draconian efforts” to contain the virus in China.

“That almost sort of justifies other countries taking restrictive measures, for example cancelling flights,” Huang said. “You want to make sure the response is reasonable, not too invasive or intrusive, but in the meantime, we see these quarantine measures, lockdowns [in China] that are sort of invasive of people’s normal lives, so there is sort of a disconnect between the two.”

Huang said that Beijing’s refusal to accept US experts was emblematic of the lack of trust between the two countries, and had politicised the US offer.

“When its politicised, essentially they follow the logic of realpolitik, not the logic of coming to the need of fighting disease,” he said.