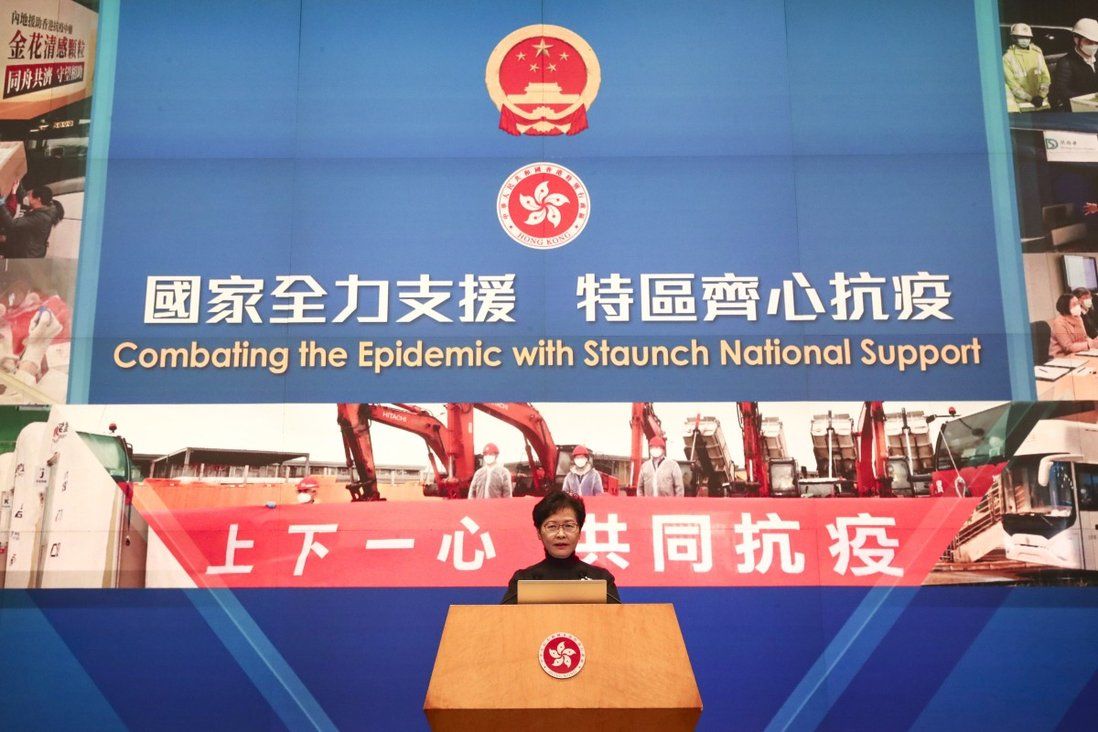 How Carrie Lam’s Omicron failures forced Beijing to take over

After a litany of failures that include the birthday party scandal, Beijing has assembled a team in Shenzhen to take control of Hong Kong’s pandemic situation. Beijing has been driven to intervene again – because the administration has failed to deliver.

This year sees the 50th anniversary of my arrival in Hong Kong. In all those years, I cannot recall seeing many things as striking as the events of the past few weeks. The central government has taken direct control of a major area of social policy after the local administration’s de facto abdication.

Since the 1984 Sino-British Joint Declaration, the ​understanding is that apart from defence and foreign affairs, everything else after 1997 would be handled by the local administration with “a high degree of autonomy”. Despite what many overseas critics have claimed, Beijing has generally taken great care to abide by its undertakings, and has been driven to intervene only when the Hong Kong end has proved unable to deliver.

With the Covid-19 pandemic, Hong Kong was very slow to vaccinate the population and missed opportunities to drive rates up faster. Vaccination rates recently had a welcome pick-up, but too late. We rode our luck during the first four waves but the Omicron variant has found us out.

​This was vividly illustrated by recent scenes outside our testing centres and hospitals. Crowds queuing up to be tested without practising social distancing. Patients on beds in hospital car parks waiting for admission. So much for Asia’s world city.

Particularly poignant were the pictures of a mother holding her well-blanketed baby as she dozed upright on a plastic chair. Was I the only person to think of the Bible? Here were the swaddling clothes, where was the manger?

​The local administration simply ran out of ideas. For many months we endured swingeing social-distancing measures and strict quarantine conditions that effectively shut us off from the outside world, all to no avail. We “bought time” – paid for in the currency of disrupted education for the next generation – but wasted it.

All the while, we were told the priority was to secure a border reopening with the mainland, but the administration never really understood “dynamic clearing” and so never met its requirements.

​Finally, something burst in Beijing. We will probably never know which straw broke the camel’s back: the sudden jump in Covid-19 deaths, particularly of children and infants; the birthday party scandal that seemed to ensnare so many senior officials; the belated admission that we did not have sufficient doctors, nurses, technicians, quarantine beds or testing capacity; the farce of the hamster cull; the combination of them all?

So for two months when the focus should have been on the successful hosting of the Beijing Winter Olympics, international media coverage has been saturated with dramatic pictures of one Hong Kong failure after another.

​Perhaps it was the unconfirmed rumour of Beijing having to prepare contingency plans in case the inauguration of Hong Kong’s sixth-term administration had to be moved to Shenzhen. Whatever the cause, the result has been sweeping.

President Xi Jinping took the unusual step of issuing a high-profile directive to Chief Executive Carrie Lam Cheng Yuet-ngor, communicated via front-page stories in two left-wing papers, to make virus suppression the government’s top priority. The next chief executive election, which Lam had presumably hoped to contest, was postponed until May 8 – effectively the deadline for disease eradication here.

The director of the Hong Kong and Macau Affairs Office, Xia Baolong, has personally moved operations to Shenzhen to take command of the situation and ensure the administration stays focused.

Xia is backed up by senior officials from Beijing, including retired medical expert Zhong Nanshan and top Guangdong officials. All the deficiencies listed above will be made good with mainland resources. Hundreds of mainland medical staff are expected this week and thousands more are poised to follow.

Every Hongkonger will be tested three times in the next month, and will be expected to test themselves repeatedly in between. Lam has said there will be no complete lockdown like in Wuhan. 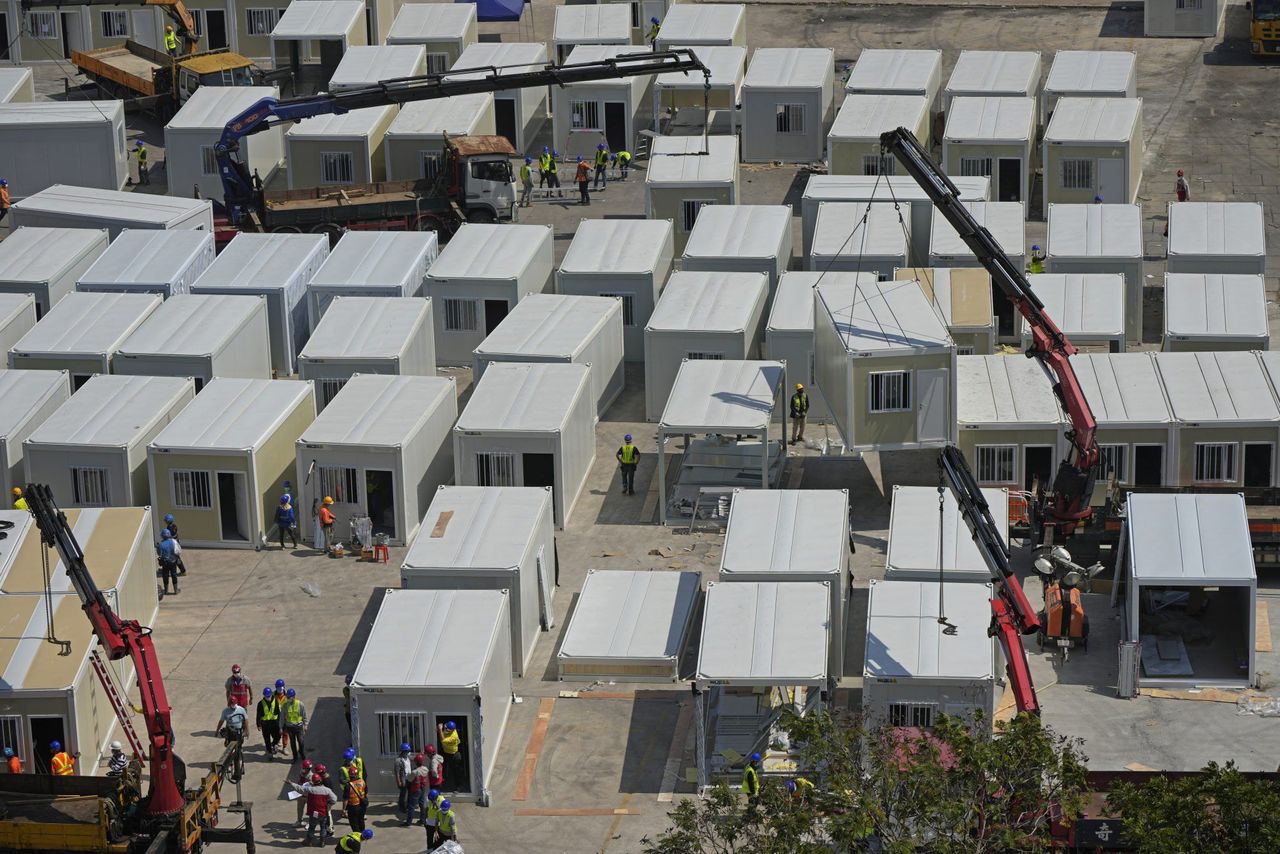 A makeshift Covid-19 quarantine and treatment facility is under construction in Tsing Yi, Hong Kong, on February 26. A team of mainland medical workers is poised to arrive this week to help manage it.

It remains to be seen whether Zhong agrees, or whether individuals will be forthcoming in reporting their own test results. Many have said to me: “I’m not afraid of Covid-19 but I am scared of being sent to Penny’s Bay”.

Whether the expanded capacity at quarantine centres will be able to cope with the results of the testing surge is also uncertain. After all, if just 5 per cent of the population is already infected, as some have speculated, then more than 370,000 people would be required to be carried off. The numbers are mind-boggling.

​Be all that as it may, the real question is whether the local administration remains in charge of policy. It seems more likely they have been reduced to the role of rank-and-file soldiers implementing orders from the generals who sit somewhere else.

​One priority of the next chief executive, who needs to be a person of vision and resolve, will be to reclaim our high degree of autonomy.