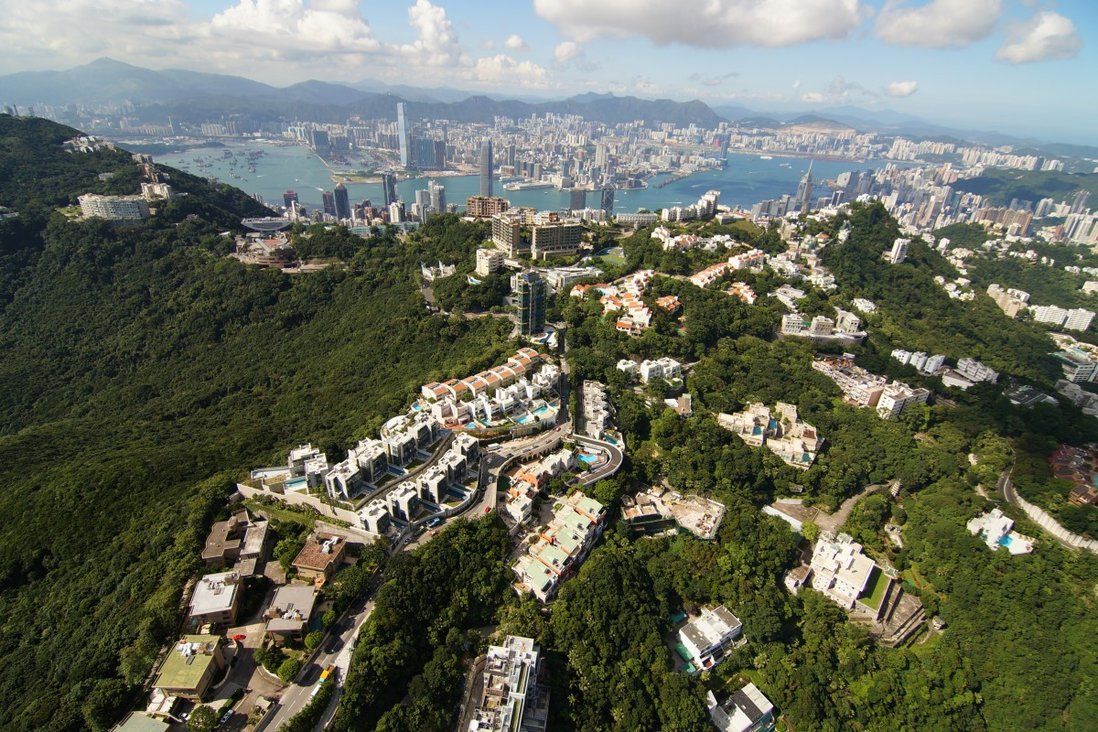 House 6 at Twelve Peaks was sold to Guo Deying, who shares the same name as the founder of Coolpad Group, for HK$387 million.
A luxury house on The Peak in Hong Kong has reportedly been sold by creditors of the bankrupt Chinese conglomerate HNA Group at a loss of some HK$120 million (US$15.4 million).

House 6 at Twelve Peaks in the exclusive neighbourhood was sold to Guo Deying, who shares the same name as the founder of Coolpad Group, for HK$387 million two weeks ago, according to HK01, a local online news portal.

The details were confirmed by several property agents approached by the Post.

The price was 23.5 per cent lower than the purchase price of HK$506 million paid by the original buyer in 2015.

It was “a bargain to the buyer,” said Eric Lee, senior regional sales director at Centaline Property Agency.

“It is basically a very low level. The buyer won it all,” said Lee. “When the market reverses and rebounds, these properties may go back to the level when HNA bought it. These properties are worth at least HK$500 million in the market.”

At 4,241 square feet, the price translated to HK$91,252 per sq ft. The stamp duty of HK$16.45 million, or 4.25 per cent of the property’s value, meant Guo was a first-time buyer who had acquired Hong Kong permanent residency, according to HK01.

Creditors of HNA Group were given the go-ahead to sell its assets, including the luxury villa, in late October when a Chinese court approved the multibillion dollar restructuring of China’s largest corporate bankruptcy case.

PwC was appointed as the receiver of the house, at 12 Mount Kellett Road. A tender was then held, with the deadline postponed from late December to mid-January as the two bids received did not meet the reserve price, according to HK01.

HNA, once China’s most aggressive overseas buyer, had used the house as collateral for a loan to help pay off the vast debts incurred during its global shopping spree.

The owner of House 6, according to the Land Registry, was a company called Fortune Runner Hong Kong Investment, which bought it in 2015 for HK$506 million, or about HK$119,300 per square foot.

One of the company’s founders and former chairmen, the Chinese aviation tycoon Chen Feng, usually stayed at the Twelve Peaks property when he visited Hong Kong.

Lee of Centaline expects a 5 to 10 per cent increase in the prices of super-luxury homes in Hong Kong this year, depending on the supply.

He said luxury projects like Mount Nicholson and 21 Borrett Road saw excellent sales in 2021. Global market volatility and rising interest rates would have little impact on the buyers of such properties, he added.

“Now is already the bottom. These properties are exclusive. [House 6 at Twelve Peaks] is a very special case,” Lee said.

He compared the deal with the occasion when comic artist Ma Wing-shing bought a luxury house at Severn 8 on The Peak for the shockingly low price of HK$76 million straight after the 2008 financial crisis.
Add Comment