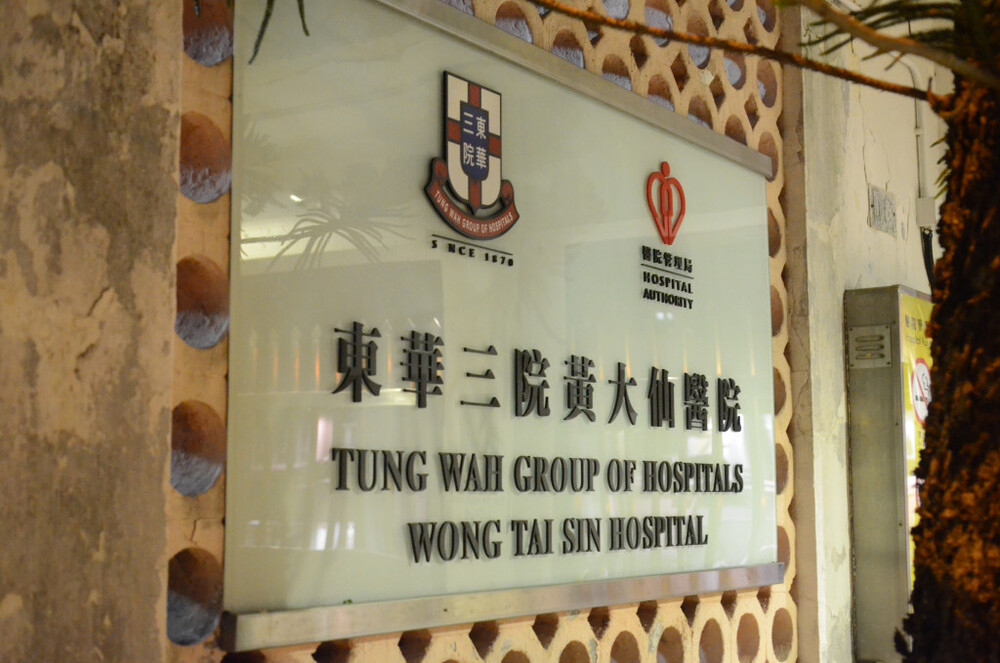 Hospital in Wong Tai Sin sees Covid-19 infection cluster after compassionate visit families test positive, as the city records 5,020 new cases.
Among the new cases, 4,773 were locally transmitted while the other 247 were imported cases, Chuang Shuk-kwan from the Centre for Health Protection said.

The deceased included two men and one woman aged 76 to 94. Only one of them had received three jabs.

A 94-year-old female patient in the thoracic department of Tung Wah Group of Hospitals Wong Tai Sin Hospital became critically ill on August 2, so the hospital arranged a compassionate visit for her family.

Rapid test results of the visitors showed negative then, but nucleic acid tests returned the next day tested positive.

The hospital later found that the 94-year-old and three other female patients were also confirmed.

As of Thursday morning, the 94-year-old passed away, and the case has been referred to the Coroner's Court for follow-up. It will be included in the death case on Friday.

Lau stressed that the transmission chain of the cluster could not be confirmed for the time being, and the authorities are now investigating the source of infection and connections between the cases.

The center was informed of 367 positive cases from 286 schools, including 300 students and 67 teachers and staffers. Four elderly homes and two care centers for the disabled also reported new infections.

As of noon, Chuang said 92 children under three had received the Sinovac vaccine.

She said unjabbed kids who had recovered from Covid-19 could receive the first jab after one month, while those who have received one jab before being infected could get the next one in three months.

Public hospitals and treatment facilities are now housing 1,515 patients. Among them, 27 are in critical condition, 19 are in serious condition, and seven are in hospital intensive care units. In the past 24 hours, 189 patients have recovered from Covid, and 170 of them have been discharged.
#COVID-19  #vaccine  #Covid
Add Comment