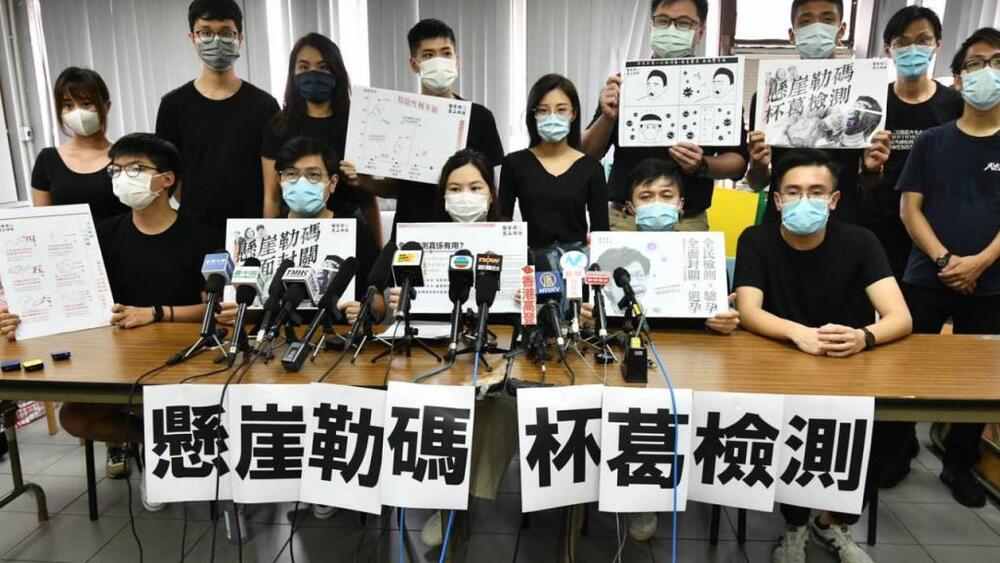 A union representing nearly 20,000 Hospital Authority's healthcare workers at its peak, is set to be dissolved on Thursday after a vote by its members.
The Hospital Authority Employees Alliance, founded in December 2019, held a special general meeting on June 24 where members voted to dissolve the group.

The pro-democratic union has hosted a medics' strike to pressure the government to close its mainland borders in response to the Covid-19 outbreak in February 2020.

Winnie Yu Wai-ming, the founder and former chairwoman of the Hospital Authority Employees Alliance, played an instrumental role in the strike. She has been arrested for subversion due to her involvement in pro-democracy primaries in 2020.

Hospital Authority suspended Yu from her duties in March last year after she was charged under the national security law. Yu is currently in remand.
#COVID-19  #Covid
Add Comment