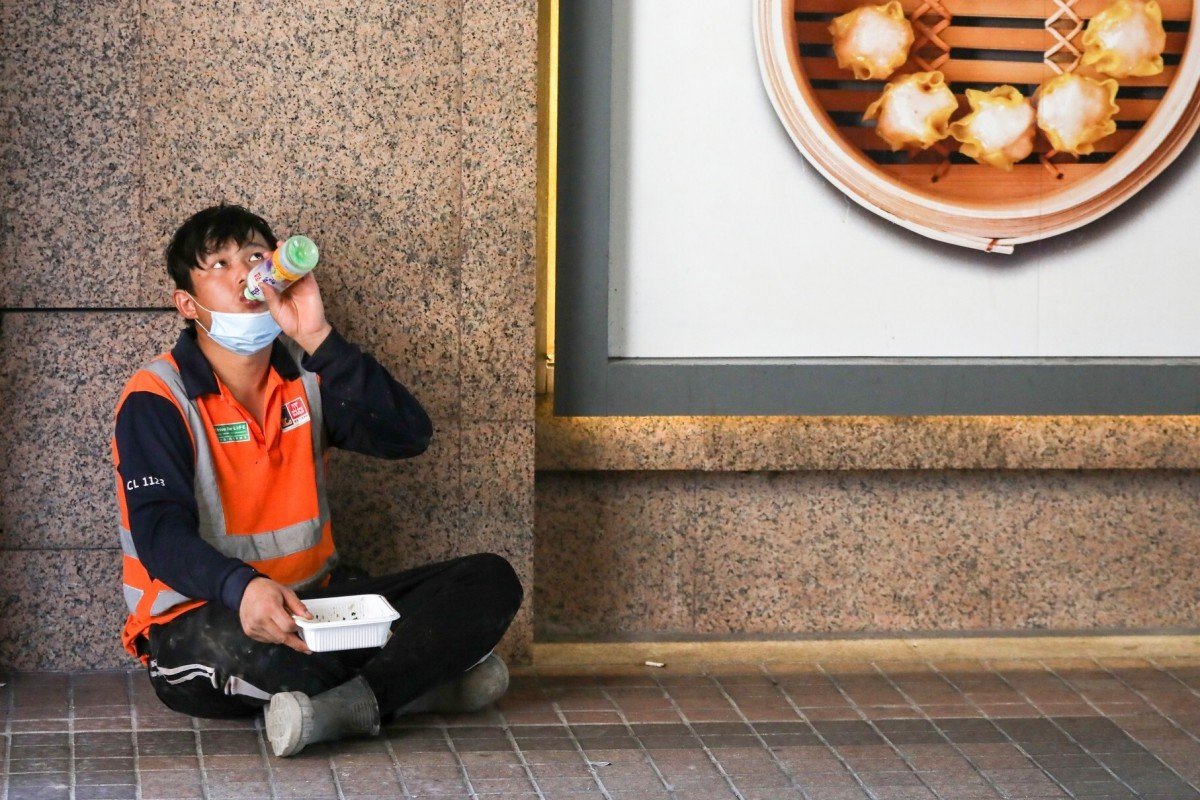 Hongkongers were most angry on the day all restaurants were banned from providing dine-in services, according to the latest big data research, which has found local social media platforms were flooded with negative emotions following the controversial policy, prompting the government to withdraw the move.

The research was done by Wiser, a market intelligence service provider, to gauge public opinion amid the Covid-19 pandemic. It was based on 400,000 posts across various social media platforms, more than 4.7 million online comments, as well as interactions among internet users between May 16 and September 6.

On July 29 and 30, the government briefly banned dining in all day at restaurants in a bid to curb the surging third wave of coronavirus infections. The policy left thousands of workers with no place to have their meals.

Images were circulated online showing workers having their takeaways on roadsides, under bridges, at construction sites, and even in public toilets, amid sweltering heat and heavy rain.

Facing a widespread backlash, the government changed its mind in two days and allowed restaurants to serve customers indoors for breakfast and lunch, with up to two people per table. But dine-in services remained banned between 6pm and 5am. Workers carry their takeaways in Admiralty on July 30.

The research, titled Epidemic Index 2.0, showed Hongkongers felt most angry on the first day of the arrangement, when many took to social media to vent their feelings.

July 19 – the day when the city reported the emergence of a new coronavirus cluster among those celebrating Hong Kong’s handover anniversary at a Mong Kok banquet – was marked as the happiest day.

“Although the keywords used online seemed unrelated to happy emotions, the team took a closer look into the content and found many internet users were using a sarcastic tone to express their feelings, or to mock the government for being too lax in adopting preventive measures,” the report said.

The users made fun of the government for allowing the party to go ahead, and ridiculed the fact that those who attended the event had completely disregarded the requirement to put on protective gear, such as masks, according to the report. 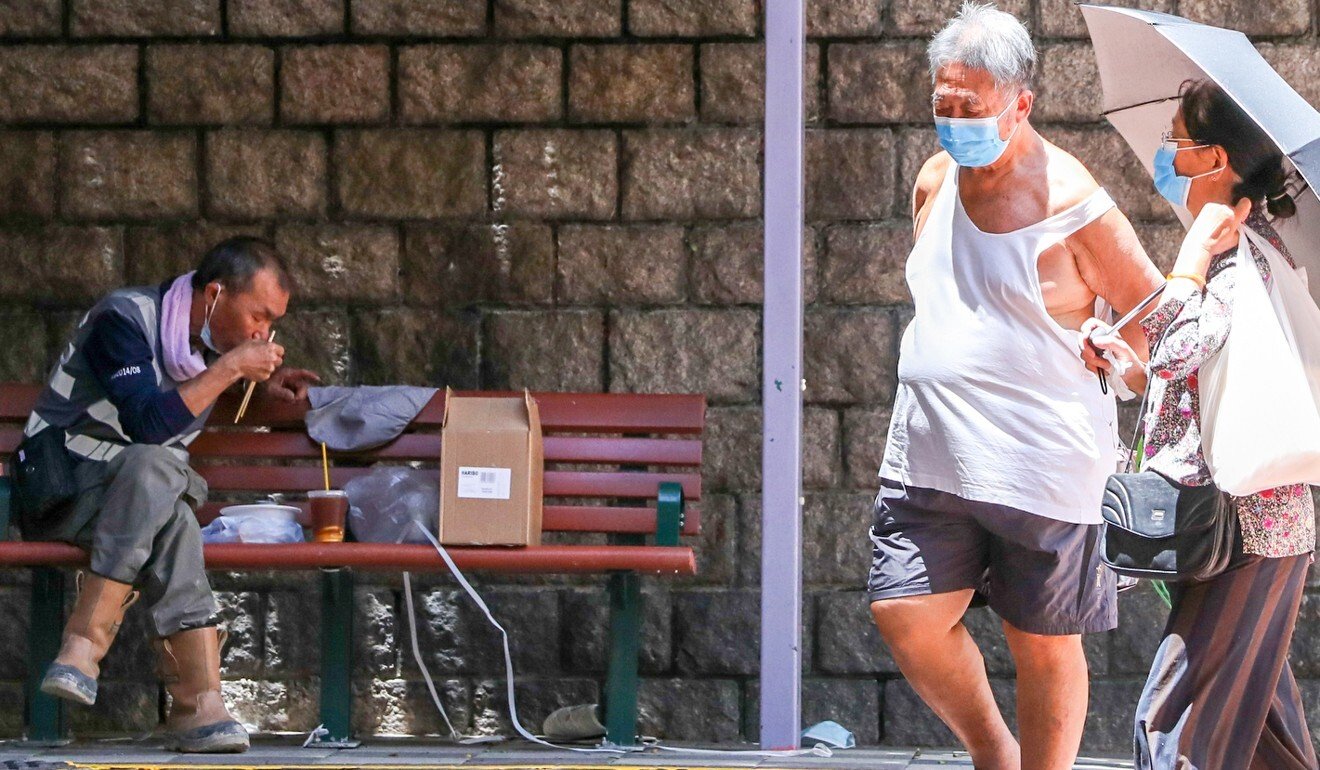 A worker having his lunch on a roadside bench in Yau Ma Tei.

The following day, July 20, came as the second most happy day for Hongkongers amid the pandemic, when the government announced a work-from-home policy for all civil servants.

“On that day, internet users were happy as the government implemented work-from-home arrangements and many public and private organisations followed suit.”

Personal mobility was on top of everyone’s concern, with most discussions linked to social-distancing measures, freedom of protest or gathering, travels, and the delayed Legislative Council elections. More than 75 per cent of online comments on these matters expressed negative emotions.

While travelling overseas was largely impossible, there was a local demand for “staycations” – holidays spent in one’s home country involving day trips to local attractions – as the report showed people were looking for such information on the web.

“The report showed the importance of the timing of response,” it concluded, as researchers explained the purpose of the study was to analyse public opinion over various policies.

“Public opinion on online platforms keeps changing all the time. Sometimes, the focus remains on issues such as police power or border closure, but some concerns are short-lived.”