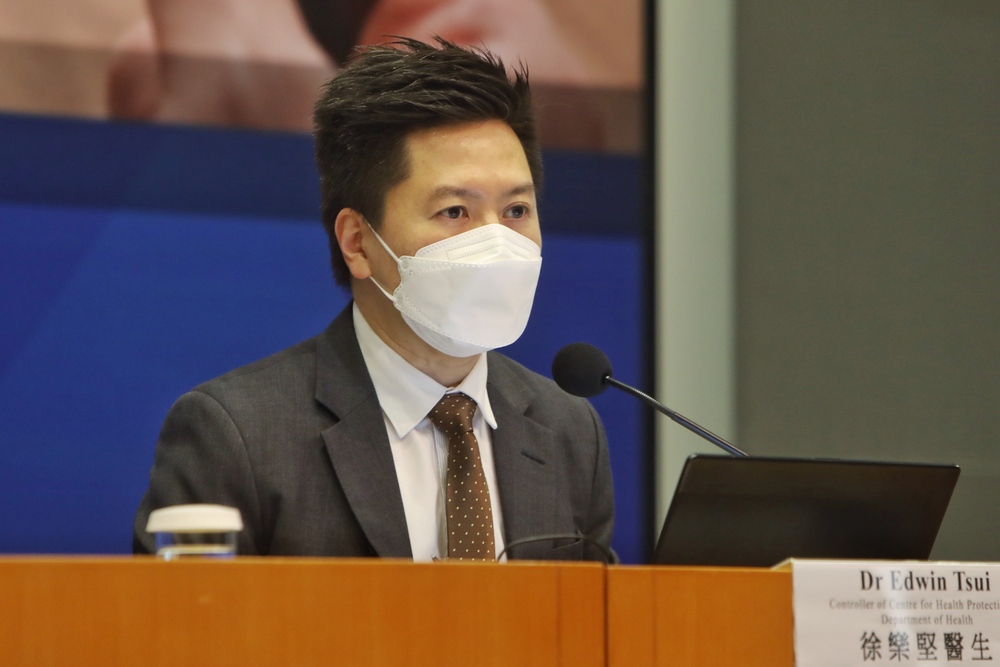 Health authorities on Wednesday urged citizens to receive the third jab instead of reporting their infections months ago to bypass the third stage of vaccine pass requirement after adding 505 new Covid-19 cases.
Among the new cases, 151 were confirmed through PCR tests, and 354 were positive rapid antigen test results reported by citizens. Thirty-four cases were imported.

The city's official caseload now stands at 1,200,573, according to Chuang Shuk-kwan, head of the Centre for Health Protection's Communicable Disease Branch.

Edwin Tsui Lok-kin, controller of the center, appealed to the public to receive the third jab and not report their infections from back in February or March at the peak of the fifth wave.

Tsui cited figures that about 15 to 38 percent of positive RAT results were reported to be negative cases after further PCR tests, much higher than the 7 percent negative rate detected in the past.

He suspected some citizens wished to retrieve the Covid recovery QR code to bypass the third jab requirement of the vaccine pass by submitting old or false records and advised against doing so.

Tsui reassured the safety of receiving the third Covid shot, while Chuang reminded citizens that submitting false information to authorities is a criminal offense.

The center was also informed of 39 new cases from 35 schools. They included 24 students and 15 teachers and staffers from seven kindergartens, 12 primary schools, and 20 secondary schools. No new case was detected at elderly homes, on the other hand.

Meanwhile, Hospital Authority's chief manager for clinical effectiveness and technology management Gladys Kwan Wai-man reported a new death involving an 88-year-old woman. The unvaccinated patient mostly stayed in bed and suffered high blood pressure and dementia. She had had a stroke before as well.

Public hospitals and treatment facilities are now housing 392 patients. Ten of them are now in critical condition, eight are in serious condition, and five are staying in hospitals' intensive care units.