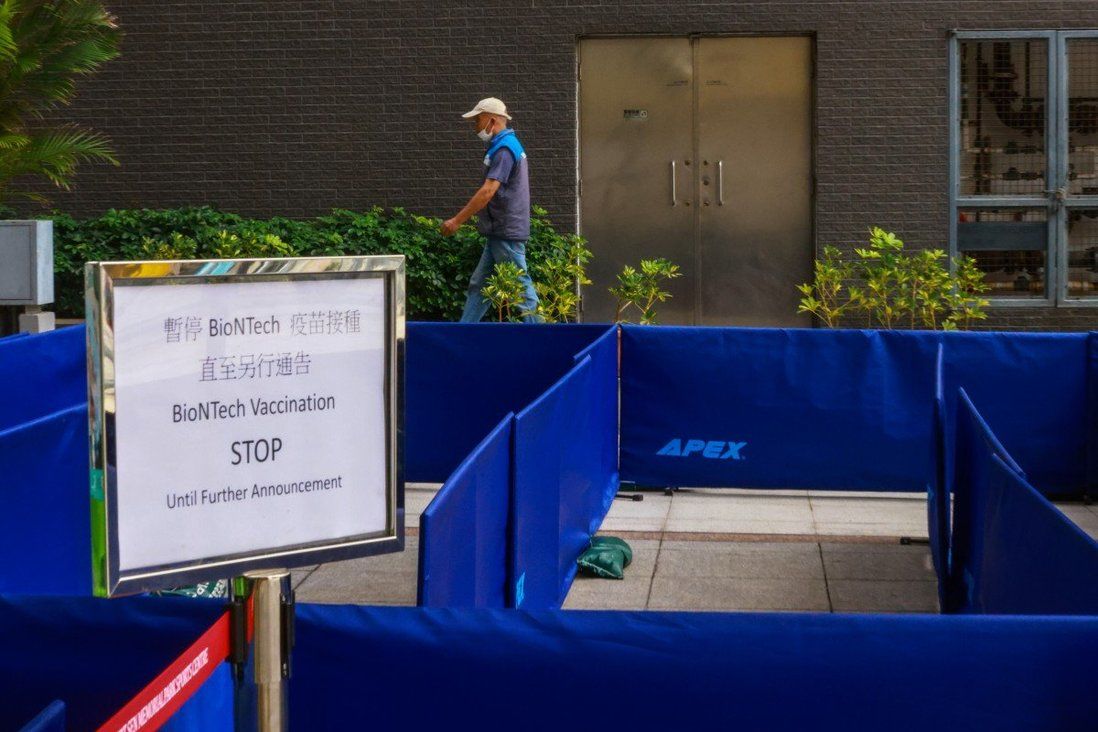 Hongkongers to get second BioNTech shot ‘on conclusion of defects probe’

Hongkongers who have already received their first shot under the city’s now-suspended BioNTech vaccination scheme will be given their booster jab straight after the investigation into packaging defects has concluded, a top official has pledged, without offering a timetable for the restart.

Secretary for the Civil Service Patrick Nip Tak-kuen, who oversees the city’s Covid-19 inoculation drive, on Thursday also said that communication surrounding the suspension was flawed, with the limited information available leading to public confusion.

His admission came as Hong Kong on Thursday confirmed nine more Covid-19 cases and marked its first day without an untraceable infection since mid-November last year. Four of the latest cases were locally transmitted, while the rest were imported.

Three of the local cases were tied to a superspreading cluster linked to Ursus Fitness gym in Sai Ying Pun, taking the size of that outbreak to 154. Fewer than 10 people tested preliminary-positive. The coronavirus tally now stands 11,428 cases, with 204 related deaths.

Health authorities also reported a 59-year-old man died on Thursday after receiving the BioNTech vaccine at Choi Hung Road Badminton Centre last week. Previously, 10 chronically ill people had died locally after receiving a jab – nine who took the Sinovac shot and one who had the BioNTech version. No direct link has been established between the vaccines and the fatalities.

Hikers found the man unconscious in Sai Kung and he later died in hospital. He did not complain of feeling unwell during observation at the vaccination centre.

Nip, meanwhile, said he could not set a timetable for the resumption of BioNTech injections because officials were still awaiting updates from the German manufacturer and its distribution agent Fosun Pharma.

Health officials suspended the BioNTech vaccination roll-out on Wednesday, describing the move as purely precautionary after frontline staff had reported more than 50 instances of packaging issues, such as cracked vials. It was the first major interruption to the city’s mass vaccination programme since its launch a month ago.

“They will look into whether the problems are linked to the manufacturing process carried out in Germany, or the supply chain, before we make any further arrangements,” Nip told a radio show.

“Once we have the conclusions, such as if the other batch [of BioNTech vaccines] we kept are safe to use, we will resume the vaccination and arrange a time for those who are waiting for second jabs. Residents can modify the time if it does not fit them.”

The suspension on Wednesday of the BioNTech programme – which now means only China’s Sinovac jab is available in Hong Kong for the time being – caused widespread confusion among residents, who complained of a lack of timely information from the government. 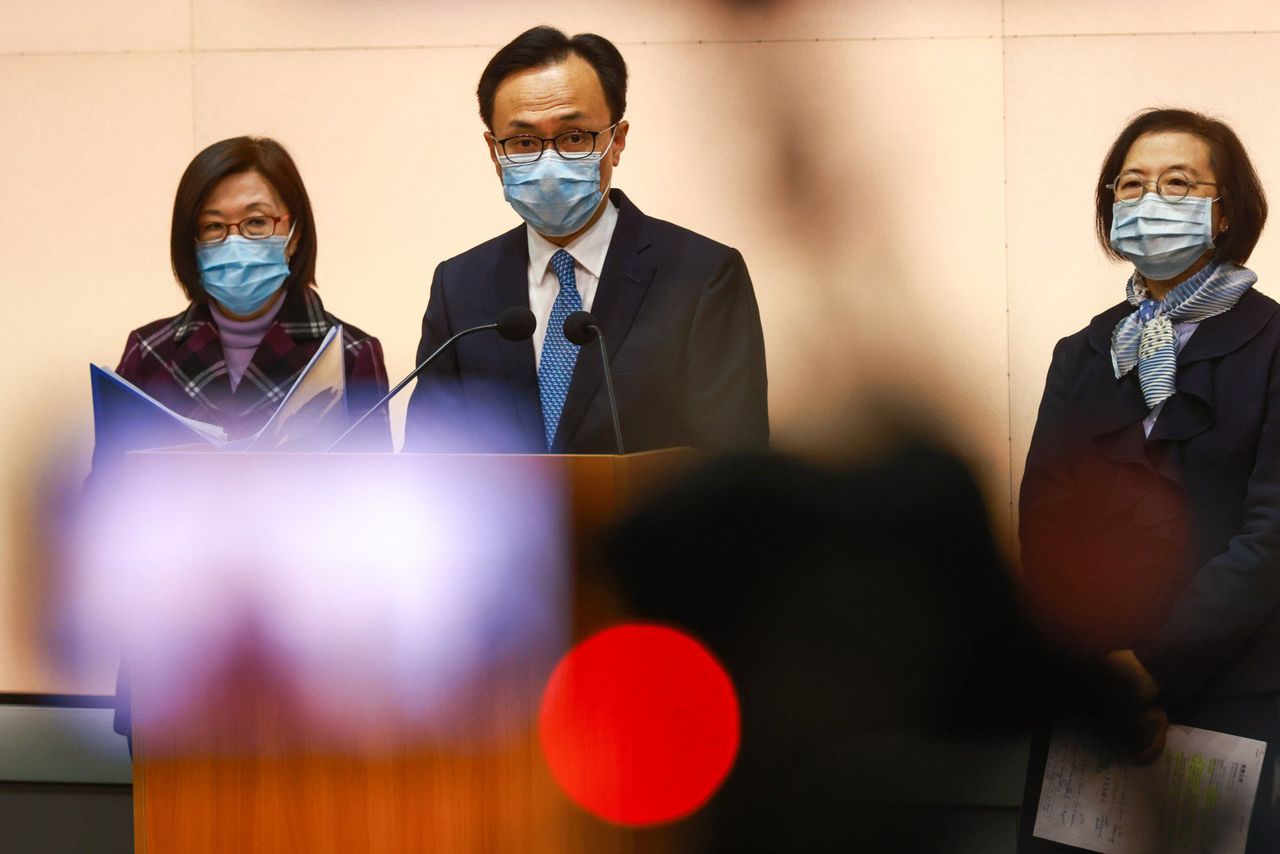 Nip said the government had received a written notification from Fosun referring to flaws in some of the vial seals from “batch 210102”, before the 19 government-run centres delivering the BioNTech shots opened at 8am on Wednesday.

As a safety precaution, Fosun and the manufacturer advised the temporary suspension of all vaccinations using BioNTech shots until an investigation was completed. Another batch, numbered 210104, has not been put to use yet and remains in storage locally.

Given the time required to clarify which batch was affected and whether there were any safety concerns, some centres continued with vaccinations before the government’s suspension order was formally made, Nip said. The government statement halting the scheme was issued at 10am.

“There were confusions in communication, as the information received by the government was not comprehensive at the beginning and it took some time for clarification. It is not ideal that some residents had taken the jabs, and we feel sorry for them,” he added.

Amid the confusion, 1,080 residents ended up receiving their BioNTech jabs at 19 government-run centres. Nip assured them the doses in question did not pose any health risk.

As of 8pm on Wednesday, official figures showed a total of 412,800 people, or about 5.5 per cent of Hong Kong’s population, had been vaccinated. Of those, 151,300 had received the first dose of the BioNTech vaccine, while 261,500 were given the Sinovac one.

Vaccinations using Sinovac shots continued as usual on Thursday, with some jab recipients saying they had not been deterred by concerns about possible side effects.

A 63-year-old Hongkonger surnamed Wong said he felt fortunate to have picked the Sinovac vaccine. “I never considered getting the BioNTech vaccine at all, as many of my friends have chosen the Sinovac one.”

Vicky Huang, 35, also said she was not worried, adding: “Many in China and other countries have taken the Chinese vaccine so far, therefore I have confidence in it.”

“No one can assure that the vaccine is 100 per cent safe and effective. I think that I am a healthy person, that’s why I am not worried. I trust the government will gatekeep the quality of the vaccine.”

But a 50-year-old man, who did not want to give his name, expressed concern over the packaging defects of vaccines, even though he had opted for the Sinovac version. “The Sinovac one may also have problems in the future, who knows?” 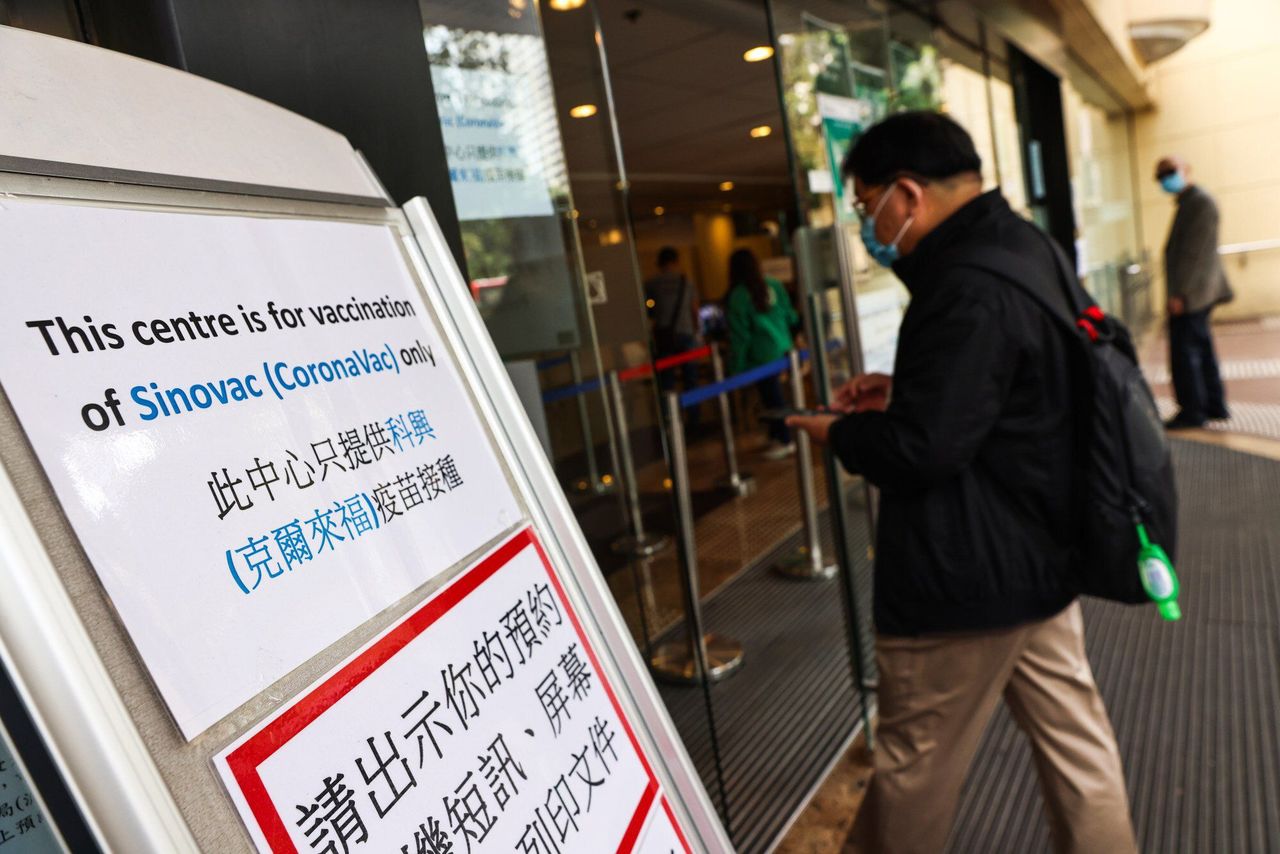 A total of 57 instances of packaging defects – including cracked vials and stains on the glass exterior – had been periodically reported to Fosun, Hong Kong health officials revealed on Wednesday. Nip said he did not have a figure on whether there were any similar issues for the Sinovac vaccine.

Based on earlier recommendations from the Centre for Health Protection, Nip said the second dose of BioNTech should be administered between 19 and 42 days after the first injection.

He reminded those who had taken the first shots not to receive doses of other brands, urging them to wait for further instruction. The city’s BioNTech vaccination campaign started on March 6.

Health minister Professor Sophia Chan Siu-chee said she hoped the investigation – to be carried out both in Germany and Hong Kong – could be completed as soon as possible, adding she did not want to see residents receiving their second dose more than 42 days after their initial one.

“The Department of Health is closely monitoring the situation and has been in touch with Fosun. We do not know when the investigation will be finished but we hope it will be as soon as possible,” she told another radio programme.

Chan said that given the vaccination drive was under way, the government was considering how the city could return to normality, which included looking at making changes to its social-distancing rules. More details would be announced once officials had come up with a plan, she said.