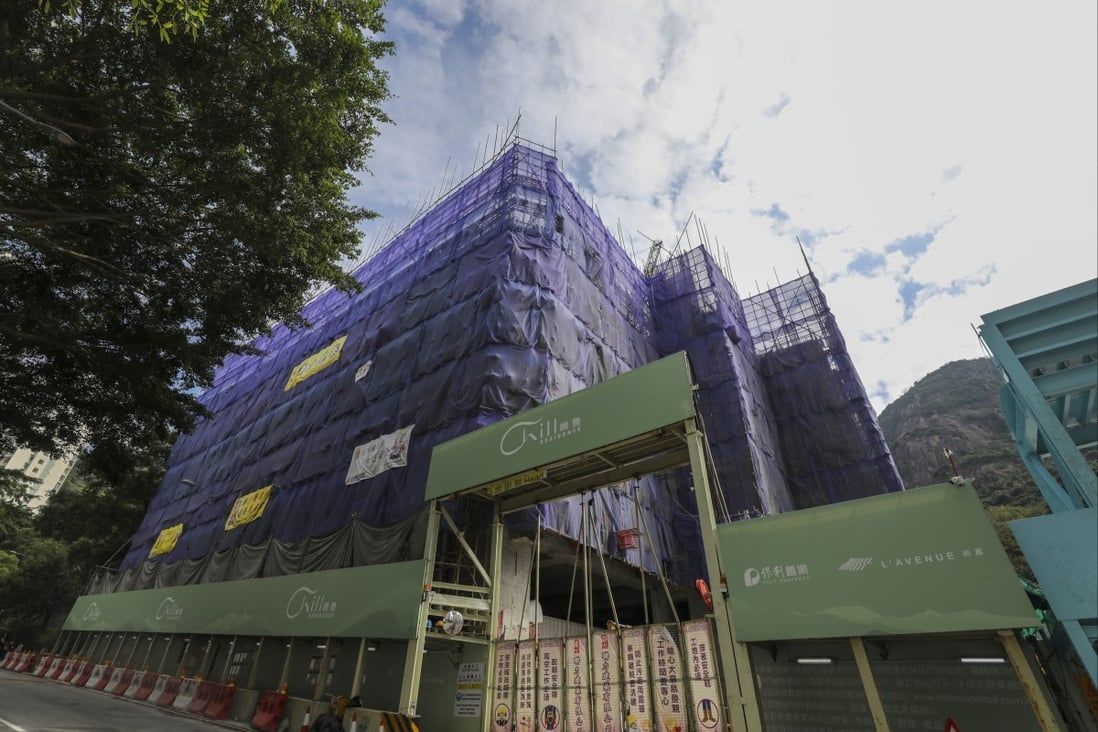 The Chill Residence development from Poly Property and L’Avenue International sold just 10 of 128 flats by Sunday afternoon.
Hongkongers snubbed new property sales on Sunday in the latest indication of weakening sentiment in the real estate market, after home prices fell to their lowest level in nearly five years.

Only 10 out of 128 flats at Chill Residence in Yau Tong, a new development jointly launched by Poly Property and L’Avenue International Holdings, were sold on Sunday, according to real estate agents.

“Everyone still has reservations about the outlook for the local economy, especially before Hong Kong adopts a ‘0+0’ Covid-19 policy” and lifts all curbs for travellers entering the city, said Po.

Monthly transactions of new homes dropped to 358 worth HK$4.85 billion in November, with both figures falling to the lowest since April, a sign of a weakening market, according to data from Centaline Property Agency.

Prices of lived-in homes in Hong Kong had their worst month in an already bad year in October, slumping to a nearly five-year low as worsening global and local economic conditions continued to weaken market sentiment.

The Rating and Valuation Department’s home price index for November was down 2.4 per cent on a monthly basis to 352.4, the lowest level since November 2017, when it was at 347.2. The index has lost 10.5 per cent this year.

The decline in home prices looks set to deepen. The Centa-City Leading Index, a gauge of lived-in home prices compiled by Centaline, has already lost 16.8 per cent since its peak in August 2021. Centaline expects the gauge to decline further to nearly 25 per cent by late January.

Price declines in some estates have already exceeded that level. Telford Gardens in Kowloon Bay has seen a 30 per cent slump from a peak in September 2021.

The average price at Chill Residence was HK$17,938 per square foot after discounts of up to 15 per cent, which was 8.9 per cent cheaper than HK$19,697 per square foot of the lived-in estate One East Coast in Yau Tong.

“There has been a slew of unfavourable news in November, such as continued interest rate hikes by the US, the unstable pandemic situation on the mainland and fluctuations in the stock market, which has accelerated the decline of the property market,” said Louis Chan, Asia-Pacific ­vice-chairman and chief executive of the residential division at Centaline.

“However, the market expects the rate of interest rate hikes in the US to slow in December and the pandemic situation on the mainland to slowly come under control,” said Chan, adding that if there were positive developments, second-hand home prices could bottom out this month.
#COVID-19  #Covid
Add Comment