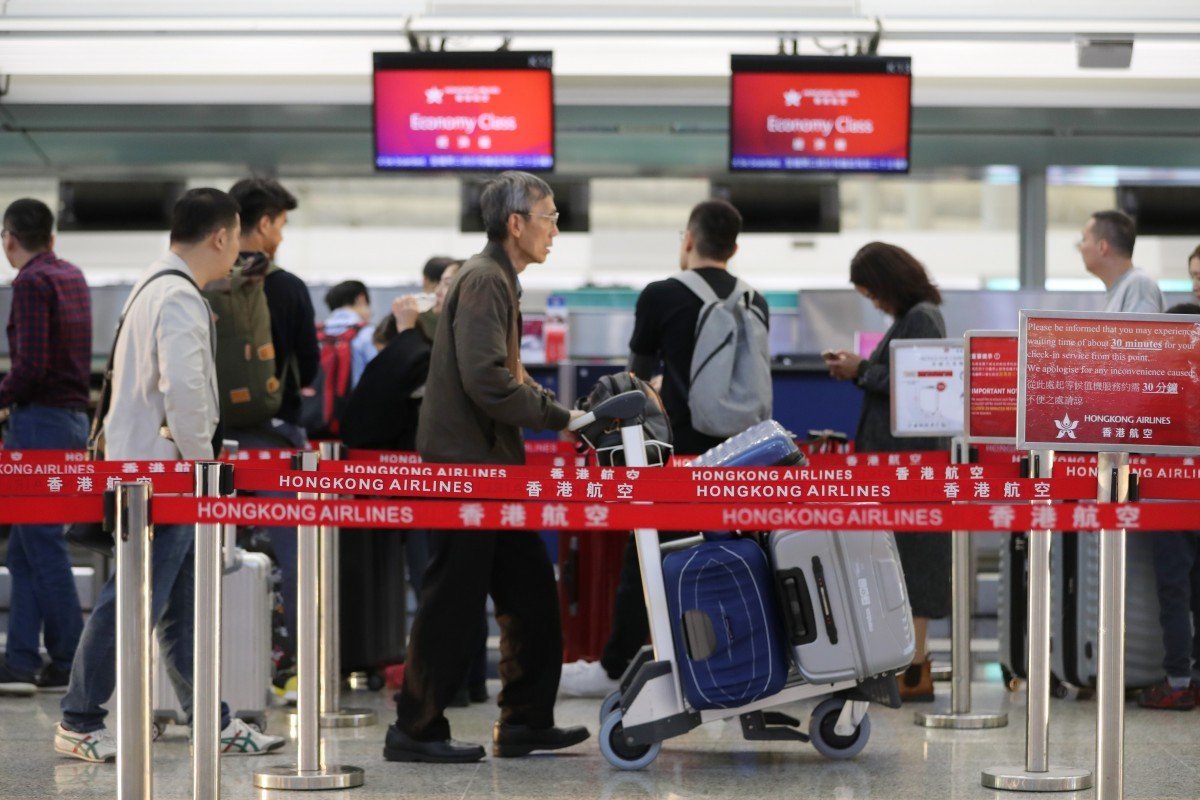 Immigration consultants have fielded hundreds of new calls since China’s National People’s Congress (NPC) unveiled the controversial plan on May 21, bypassing the local legislature. Some are accelerating their decision to buy property overseas, while others are cutting their asking price for local properties.

Hong Kong’s residents, who emigrated en masse before the city’s return to China’s sovereignty in 1997, are hitting the inquiry lines again, amid concerns that the Chinese government’s planned national security law would curtail what’s left of their political freedom.

Immigration consultants have fielded hundreds of new calls since China’s National People’s Congress (NPC) unveiled the controversial plan on May 21, bypassing the local legislature. Some are accelerating their decision to buy property overseas, while others are cutting their asking price for local properties.

“The day after that proposal, we received over a hundred calls,” said Andrew Lo, chief executive at Anlex, a Hong Kong-based immigration consultancy firm. “People are restless. They ask if they can leave the next day.”

From the biggest stock sell-off in almost five years to failed home sales, Hong Kong has turned into a pawn in the escalating rivalry between the US and China over trade, technology and capital markets. US President Donald Trump on Saturday announced he would revoke Hong Kong’s special customs status, following the declaration by his Secretary of State Mike Pompeo that the city could no longer be considered an “autonomous” region that deserved to be treated separately from mainland China.

The attempt by the Chinese legislature to throttle secession, subversion, terrorism, foreign interference or activities that threaten national security, has been greeted with violent street rallies, as anti-government protesters reignited their opposition to any move to tie Hong Kong closer to the mainland.

Requests for emigration advice have jumped as a result, breaking a lull caused by the coronavirus pandemic, according to Midland Immigration Consultancy. While the latest number in applications for good citizenship is not yet available, analysts expect them to rise with political temperature.

“The foreign property market is picking up,” said David Hui, managing director of Centaline Immigration Consultants, whose firm received up to 100 requests for investment ideas this week, compared with a dozen on average previously. “If the pandemic or external economy does not suddenly worsen, more purchasing power [from Hong Kong residents] will be released in June.”

Another push factor had been the announcement by US President Donald Trump to revoke Hong Kong’s special trade status, said Golden Visa Portugal ‘s co-founder Jason Gillott, who has signed up 50 clients since he started business in January.

“People who were just engaging us on basic information before are now firmly committing by putting down deposits,” Gillott said, citing one customer who asked to move his “millions and millions of dollars” to Portugal. “Never seen that before.”

The political factor has encouraged some high-net-worth individuals – defined as those having more than HK$10 million (US$1.29 million) of wealth – to diversify their assets into other cities like London, Singapore and Taiwan.

Taiwan is an attractive destination for many seeking to flee the turmoil in Hong Kong. The self-ruling island allows foreigners to gain citizenship with NT$6 million (US$199,680) in investments in a business that hires local staff.

Almost 2,400 Hongkongers filed residency applications for Taiwan from January to April this year, compared to 948 last year in the same period, said Midland’s director of strategy Tina Cheng, citing government data. In all, 5,585 people left Hong Kong for Taiwan in 2019, an increase of 41 per cent, the government said.

“Many of the enquirers have proceeded to later stages of immigration preparation,” Cheng said. Many have started gathering documents and budgeting overseas living expenses, she said.

Despite the interest in Taiwan, the top destinations remain English-speaking countries such as Ireland, Canada, and Australia.
A common language, quality educational systems, and professional opportunities are some reasons those countries are attractive, said John Hu, who has been involved in the migration consultancy business for two decades.

“We’re seeing a four to fivefold increase in cases,” said Hu, founder and principal consultant of John Hu Migration Consulting. “Now they see the urgency. They ask the question, which type of visa has the shortest processing time?”

Some homeowners are selling their properties to fund their emigration plans. One flat measuring 785 square feet at The Waterside in Ma On Shan this week changed hands at HK$9.99 million, about HK$150,000 below bank valuation, as the owner was in a rush to cash in and emigrate, said Christy Chan, chief senior sales manager at Midland Realty.

Historically, Canada has been a popular option for Hong Kong residents looking to move abroad. Hundreds of thousands immigrated to cities like Vancouver and Toronto since the late 1970s, when many feared the future of Hong Kong returning to Chinese sovereignty after 1997.

Now, Vancouver-based property agent Devons Owens has seen a big demand from Hong Kong buyers, some of whom are Canadian passport holders.

Owens said three of her most recent sales went to buyers from Hong Kong. Property developers in Vancouver are also seeing increasing interest, she said.

“There’s definitely increasing demand,” she said. “I would say it’s jumped compared to before.”

For those looking to the European Union, Golden Visa Portugal offers a pipeline for passports from property investments. Starting at 350,000 euros, investors can obtain residency and eventually Portuguese citizenship in five years.