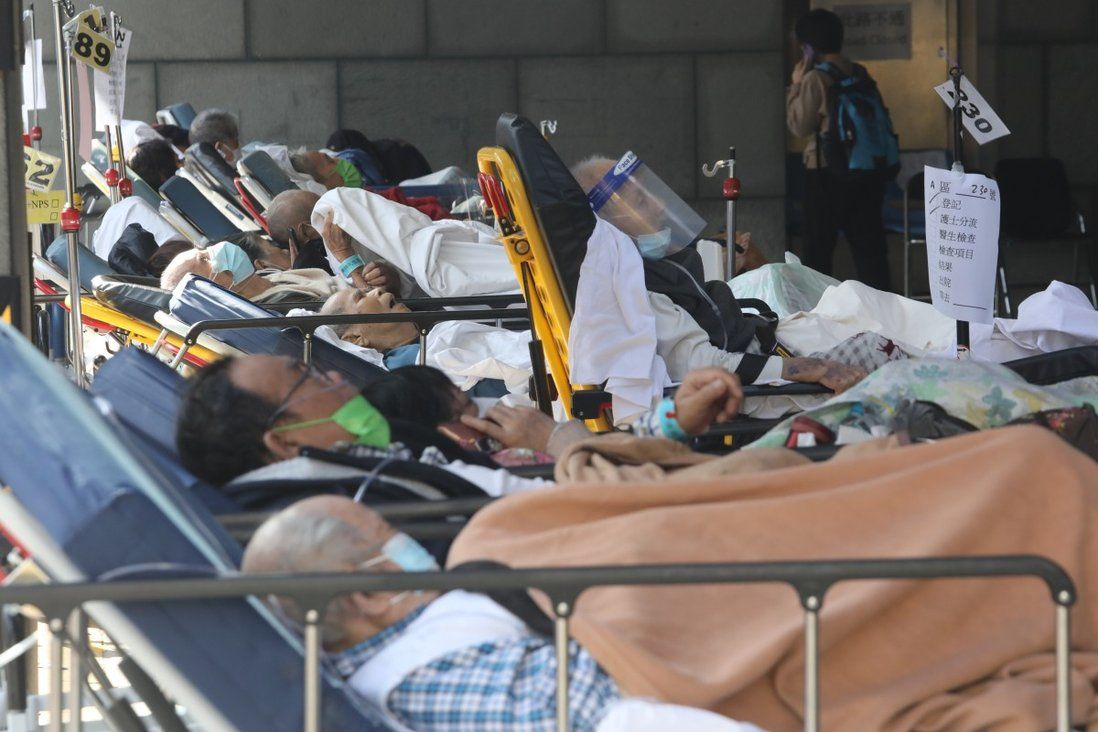 Hongkongers may be living longer but they’re not healthier

Chronic diseases, disabilities and dementia are on the rise among Hong Kong’s ageing population while the pandemic has further exposed the lack of resources in elderly care. The city has the financial means and central government support to do better, but it has focused on treatment over prevention.

The latest census figures suggest the proportion of Hong Kong’s population aged 65 or above has increased from about 7 per cent in 1981 to 20 per cent in 2021. That means one in five people in the city is elderly. The main reason for this is that post-war baby boomers – those born between 1950 and 1960 – are gradually entering old age.

Furthermore, the number of people aged 100 or above has increased from 289 in 1981 to 11,575 in 2021, which is an alarming rise over the past 40 years. The number of centenarians in Hong Kong is expected to continue increasing. Have we made sufficient preparations for the scale of this challenge?

One of the biggest problems that needs to be addressed with an ageing population is their growing health care and welfare needs. According to the World Health Organization, the prevalence of people diagnosed with cancer, chronic cardiovascular disease and dementia increases with age.

Hongkongers may have the world’s longest life expectancy, but the health of our elderly population is in decline with a rising prevalence of chronic diseases, disabilities and dementia.

New research by Hong Kong Shue Yan University shows that more than 80 per cent of our elderly have difficulty walking, or require the support of others or the use of assistive equipment to walk. Nearly 85 per cent have one or more chronic diseases, such as high blood pressure and heart disease.

The pandemic has further exposed the lack of staffing and financial resources in elderly care. The number of Covid-19 cases has exceeded 600,000 and the cumulative number of deaths is now over 4,000. The city has a Covid-19 mortality rate of 0.64 per cent, with a higher rate of 10.4 per cent for those aged 80 or above.

Studies show that many carers of the elderly are their children, who are themselves in their elder years, which has given rise to the situation of the elderly taking care of the elderly. Many have to support their parents with their own retirement pensions. With an ongoing recession, these families have run into financial difficulties.

The challenges are exacerbated for elderly people with dementia. A prevalence study found that nearly a third of the population aged 85 or older has dementia, which places huge demands on their families and the health care and social welfare systems.

At present, more than 8 per cent of the elderly population in Hong Kong live in residential care homes, which is higher than that in Japan. A sustainable and humane policy for elderly care is a necessity.

The city’s experience with the 2003 severe acute respiratory syndrome (Sars) epidemic has demonstrated that a rise in unemployment, increased suicides, social isolation, loneliness or alienation can have a significant impact on elderly people.

Following the tightening of social distancing and other preventive measures, the social lifeline of many elderly has been severed, along with the assistance and psychological support that could have been provided by family members had there not been an outbreak of cases in residential care homes.

Thus, the responsibility for responding to emotional problems among the elderly in residential care homes has fallen on the medical staff.

An increase in cases of suicide among older adults with confirmed cases of Covid-19 over the past two weeks is a wake-up call to pay more attention to mental health during the pandemic.

With advances in medical technology, the gap between longevity and good health has widened. We are living longer but not healthier.

Health is not merely the absence of disease but a multidimensional and dynamic interaction. It includes the physical, cognitive, functional, spiritual and psychological aspects, social engagement and family support, as well as an individual’s adaptability and resilience, self-regulation and a stable source of income and financial security to respond to evolving challenges.

We need to address the root of the problem, that is, the challenges to medical and community health care brought about by a rapidly ageing population, and ask how we can nurture a community of healthy elderly people. We are fortunate that we still have the financial means and support from the mainland to make better preparations.

Unfortunately, Hong Kong has leaned more on treatment than prevention. There is much to be learned from studies on centenarians, and the protective factors which can help them live a healthy and long life provide a blueprint for health care and disease prevention.