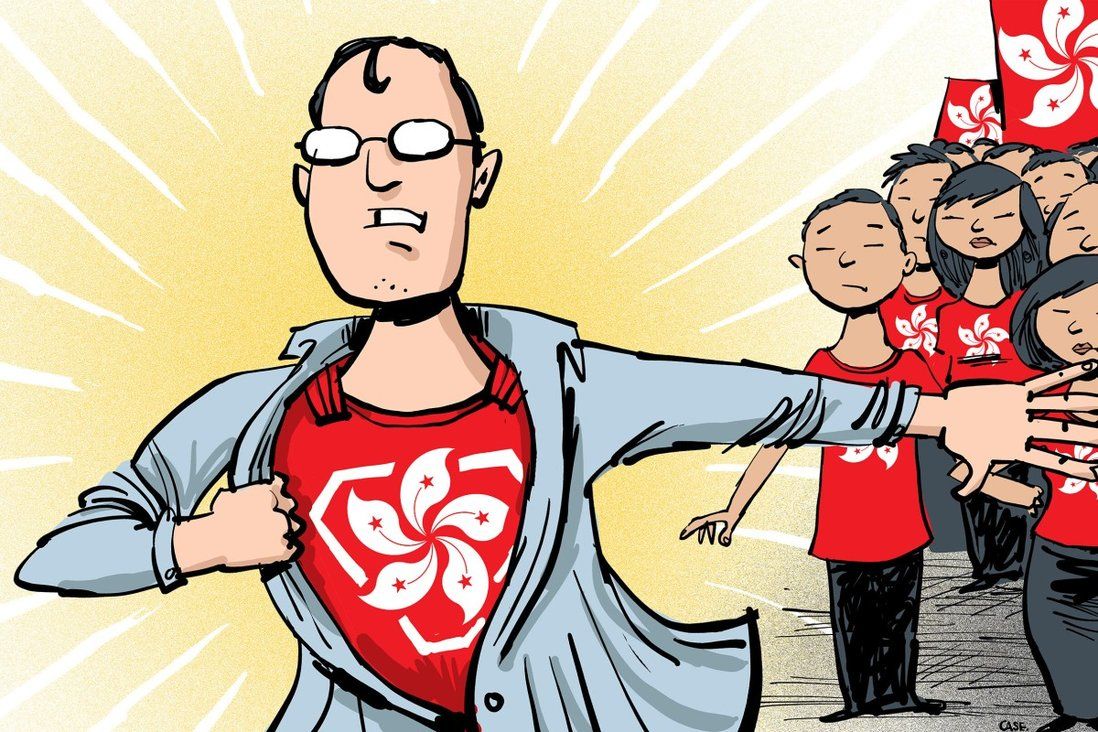 Hongkongers in the UK can speak for themselves, thank you

Foreign governments, organisations and activists should not assume for themselves the mantle of white saviours in defence of human rights, democracy and rule of law in Hong Kong. It’s time to let the many Hongkongers overseas take centre stage in their own cause.
Allegiance and belonging have been at the forefront of my psyche ever since I returned to Hong Kong in September 2019 in the midst of Hong Kong’s political crisis and social unrest when formation of a Hong Kong identity was reaching its peak. As I moved to London a year later as a British National (Overseas), following China’s imposition of a national security law on Hong Kong – not out of fear, but of desolation that Hong Kong’s struggle for what it had been promised was irretrievably lost – the systemic deterioration of the human rights situation in Hong Kong has often prompted me to ponder if Hongkongers have done all we could, and if our cause for democracy and political accountability has been worth their ultimate permanent destruction.

Being gay and childless, I have been able to travel around the world for extended periods of time and try to listen to, understand and learn from peoples whose countries have undergone similarly traumatic political and social transformations. In the past four months, I was in South Africa and Namibia, which are still adapting to legacies of decades-long apartheid.

A highlight of my visit was the varied responses I got when conversing with a group of young white Namibians about their sense of allegiance and belonging. As I shared my perspectives as a Hongkonger, one of them said Hongkongers did not deserve universal suffrage. The Namibian considered Hong Kong too small and insignificant, even though his country, with a population of 2.5 million, fought a war of independence with South Africa that lasted 23 years and seven months.

In London, I have, from time to time, received heartfelt expressions of support and solidarity from complete strangers. One aspect of my lived experience as a Hong Kong émigré has nevertheless stood out.

At assemblies Hongkongers in London are expected to attend as a matter of duty and conscience, invariably almost all Hongkongers are masked and keep quiet for fear of being identified, while white Hong Kong Watch activists take centre stage to tell us about the demise of Hong Kong, as if we needed to be lectured about what happened to our home.

While claiming to speak and fight for Hongkongers, Hong Kong Watch neglects Hongkongers’ own voices and lived experience. Its publicly identified staffers include one Hongkonger. Its self-anointment as guardian of what Hongkongers wanted for Hong Kong bears striking resemblance to the central government’s liaison office in Hong Kong and people from mainland China telling Hongkongers what Hong Kong is and should be.

Hong Kong Watch was founded in 2017 by Benedict Rogers together with three others – a Hong Kong Canadian, as well as a master’s student and a recent university graduate with apparently intangible connections to Hong Kong. It has since grown to be an advocacy group that boasts a significant number of politicians in the United Kingdom and elsewhere as patrons. Last month, Hong Kong’s Security Bureau accused the group of violating China’s national security law for Hong Kong, and threatened Rogers with life imprisonment.

In 2019, Hong Kong protesters waved foreign flags in hopes that foreign states would stand with Hong Kong and its people. With Hong Kong’s civil society now under tremendous pressure, its lawyers and academics withholding criticism amid China’s Gleichschaltung – the process of establishing comprehensive control and coordination over all aspects of a society – in Hong Kong, and following the arrests of some columnists, one would ordinarily appreciate support and solidarity from every corner of the world, especially as memories of Hong Kong’s trauma are being supplanted by Ukraine’s plight.

Human agency, however, is a sine qua non of any human rights and democratic development, and vice versa. Like foreign judges who have chosen to resign from or remain on the bench of Hong Kong’s Court of Final Appeal, foreign governments, organisations and activists should not assume for themselves the mantle of white saviours in defence of human rights, democracy and rule of law in Hong Kong.

Hongkongers are not imbeciles who cannot speak for ourselves. Nearly two million of us spoke up on June 16, 2019, in sweltering heat and at risk of hypoxia from tear gas.

As A. Belden Fields and Wolf-Dieter Narr argued in a peer-reviewed paper in Human Rights Quarterly in 1992: “If people are not aware of the historical and contextual nature of human rights and not aware that human rights become realised only by the struggles of real people experiencing real instances of domination, then human rights are all too easily used as symbolic legitimisers for instruments of that very domination.” Hongkongers wanted you to stand with us, not to replace our own voices and lived experience with yours. True friends do not let their egos or agendas get in the way.

Above all, fighting for human rights, democracy and rule of law in Hong Kong is not a job description. It is in every Hongkonger’s DNA, even if from afar. As the poet Alfred, Lord Tennyson, wrote in Ulysses (1833):

Though much is taken, much abides; and though

We are not now that strength which in old days

Moved earth and heaven, that which we are, we are;

One equal temper of heroic hearts,

Made weak by time and fate, but strong in will

To strive, to seek, to find, and not to yield.
Add Comment