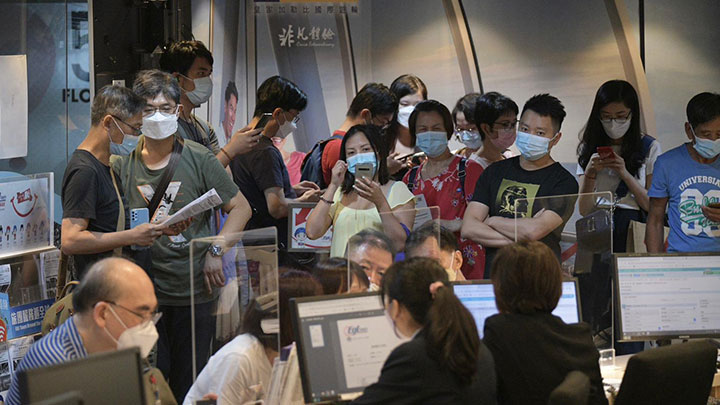 Hongkongers flock to travel agencies as entry limits to relax

Numbers of Hongkongers gathered at travel agencies for overseas trips information as the “0+3” quarantine measure will be in force from Monday.
Citizens were seen queuing outside several travel agencies in Mongkok. According to the agencies, people mainly inquire about flight tickets and journeys to Japan and Europe.

“I would be willing to pay more since I had no chance to travel abroad for years,” said a female when asked about the increased travel fare for trips under the epidemic.

Steve Huen Kwok-chuen, executive director of EGL Holdings Company Limited, said the business income of the travel agency has recovered to 10-20 percent of the amount before the epidemic.

He notes that over one hundred people have flocked to the agency daily to consult the information about overseas travels.

However, he called for more flights to be added by airlines, and the travel agencies could arrange more trips accordingly.