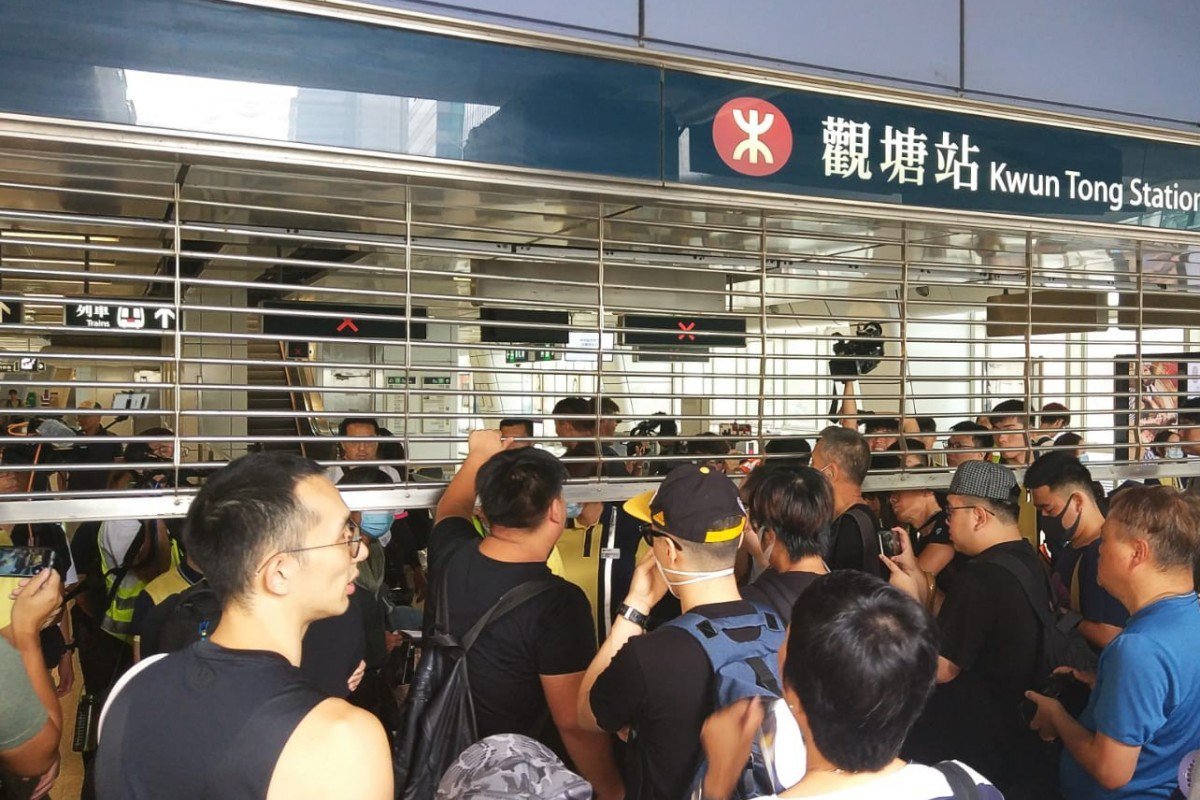 MTR Rail giant slammed for what critics say are inconveniences to commuters and a deliberate bid to suppress demonstration. An approved march will kick off at 1.30pm on Tsun Yip Street

Hong Kong’s embattled rail giant has come under fire from residents over its decision to suspend train services and close stations along the Kwun Tong line before a protest march in the area is set to kick off.

The MTR Corporation said trains running between Choi Hung and Tiu Keng Leng stations would be suspended temporarily from noon on Saturday until further notice to ensure the safety of passengers and staff.

Police earlier issued a letter of no objection to the event.

Critics accused the rail operator of trying to suppress a lawful protest, on top of creating travel inconvenience for residents.

“Due to the public event in Kwun Tong areas, as a prudent measure, the Kwun Tong line service will be adjusted, starting from noon until further notice,” the rail operator said in a statement.

Train stations between Kowloon Bay and Lam Tin on the line will also be closed, while rail operations between Whampoa and Choi Hung will run as usual.