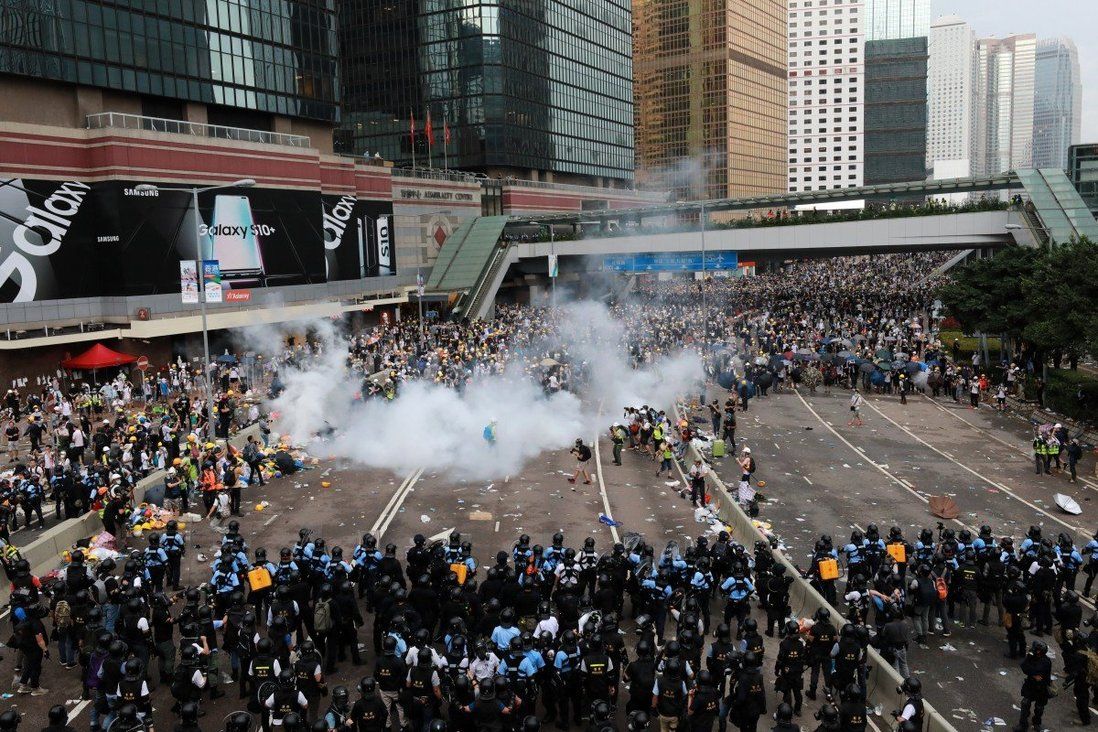 Judge denies Ng Ying-mo a court order for the disclosure of officer identities over pepper ball incident during 2019 protests.

A Hong Kong man who was shot by police with a pepper ball round during an anti-government protest has failed to obtain a court order for the disclosure of the officer’s identity, after a judge concluded he was “merely seeking to ‘fish’ for a case”.

Ng Ying-mo had sued the police commissioner for the name and other personal information of the officer who fired the round at Tim Wa Avenue in Admiralty on June 12, 2019, as well as those of his squad and superior officer. He was arrested that day and later released.

He was also seeking information about the identities of the officers involved in an incident on August 4 of the same year at the junction of Ka On Street and Des Voeux Road West in Sai Wan.

During the unauthorised procession, an officer said, he intercepted and arrested the plaintiff, who then started banging his head on the ground until he was taken away.

Ng, however, claimed he was assaulted by several policemen at the same event.

The plaintiff said he had been advised that it was necessary for him to first identify the officers involved so that he could take them to court on allegations of battery, misfeasance in public office and negligence.

But Mr Justice Wilson Chan Ka-shun of the High Court on Tuesday found Ng was “merely seeking to ‘fish’ for a case or ‘fine-tune’ his perceived case”, and agreed with the commissioner that the documents sought were not necessary.

The judge said this was not a case where the plaintiff needed the names of the officers involved to take further action, given that he was already able to identify by description the one who shot him in June and another who intercepted him in August.

“It is conceptually entirely possible for the plaintiff to bring proceedings against them by describing them, and serving the writ on them at their last known address, for example the police headquarters,” Chan continued in his 28-page judgment.

Even if the disclosure was necessary, the judge said he needed to consider “the real and substantial risk” that the officers would be victims of doxxing
, given how pervasive it was in Hong Kong.

The court heard the video clip capturing the officer who fired the pepper ball had been widely circulated online, while posters showing the intercepting officer and his wife were found in the vicinity of his home and school, forcing the family to move.

The officer who arrested Ng on June 12also had his personal data posted online.

Chan said it would not help Ng to say that the disclosed information would not be used for other purposes.

“Very simply, no one in Hong Kong should be doxxing police officers,” he continued. “The particular problem of doxxing is not one that can be resolved by relying on people to comply with the law.”

The judge also sided with the defence in finding Ng had failed to show “any good arguable case” that the two key officers had wronged him and used unreasonable force, given that his injuries “could not have been too serious”, based on the only available medical report he had, of the June incident.