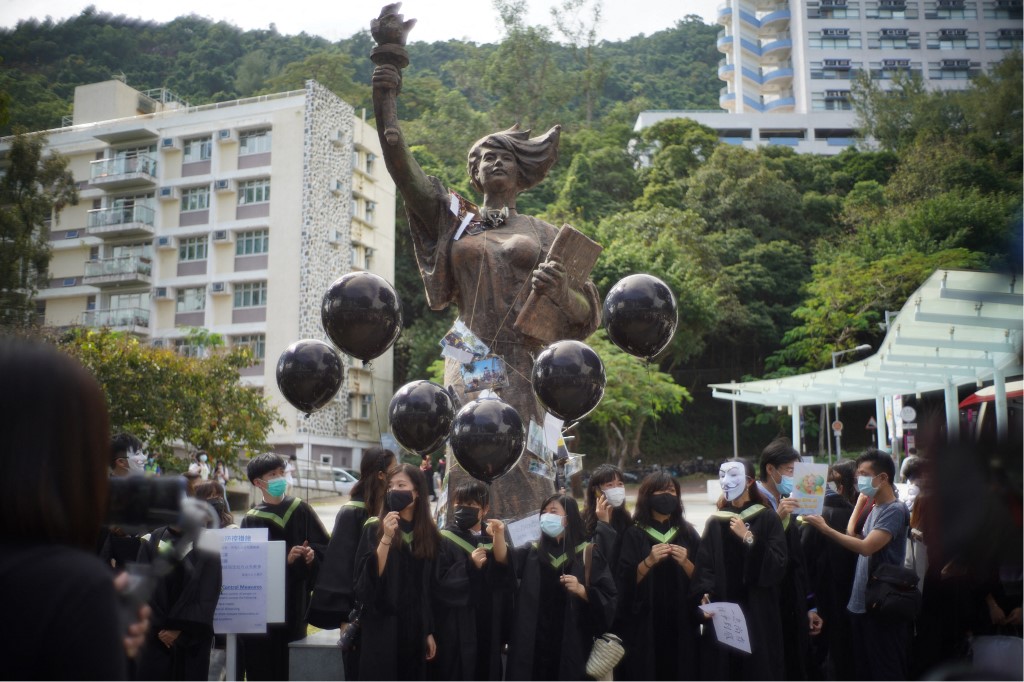 The move comes amid an exodus of liberal academics and a Beijing-backed crackdown on dissent.

The Chinese University of Hong Kong (CUHK) is to impose the ruling Chinese Communist Party's patriotic education program on all students starting in the fall of 2022, a source told RFA.

Newly revised core curriculum requirements will ensure that no student who doesn't complete the one-credit course titled "Understanding China Today" will be allowed to graduate, the source said.

In response to RFA's questions, the university confirmed that it would be bringing in courses under its requirement to offer "national security education," mandatory in all educational establishments from kindergarten up, after Beijing imposed a national security law from July 1, 2020, ushering in a crackdown on public dissent and political opposition.

The program will include a special lecture on "national security" as part of student orientation, and training those conducting orientation activities in the same, it said.

The move came as a number of outspoken academics announced their retirement from Hong Kong universities, citing their lack of comfort with the new regime in the city's education system. 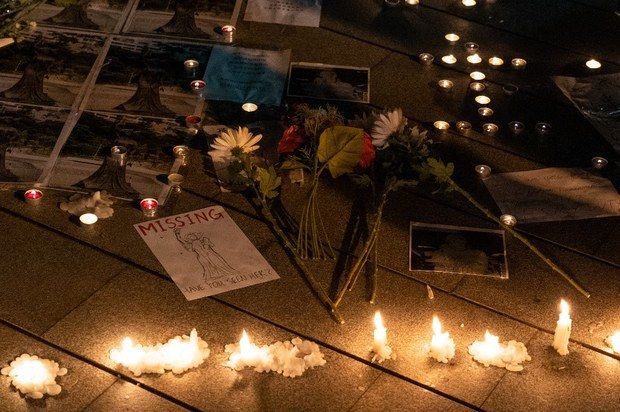 Flowers, candles and a portrait of the “Goddess of Democracy” statue are placed at its site after it was removed from the Chinese University of Hong Kong , Dec. 24, 2021.

"The reasons I retired are even more depressing that the broader changes happening [in Hong Kong], and people no longer recognize the culture at CUHK," Choy told RFA in a recent interview.

"During the past year, they have disbanded the student union and removed the Goddess of Democracy statues," Choy said. "All of this made me very sad, and I felt it was time to retire early."

"I wanted to retire early and find something else to do, to feel good about myself," he said.

Choy had already discontinued a regular column in the Ming Pao newspaper, which was recently denounced in the CCP's Ta Kung Pao newspaper, sparking fears that the paper could meet with the same fate as the Apple Daily, and a series of other pro-democracy media outlets that have folded or relocated in recent months.

The Ta Kung Pao accused the Ming Pao of wanting to "take over Apple Daily’s role by inciting others," after it published an op-ed piece on the removal of the Goddess of Democracy, the Pillar of Shame and other statues marking the 1989 Tiananmen massacre from university campuses across Hong Kong.

Choy said the new climate means that academics like himself are far less likely to comment on social or political matters in future.

"Academics, especially the younger ones, may fear for their careers or their personal safety," he said. "Also, there is far greater self-censorship in the media, which means fewer commentators."

A recent report in the pro-CCP Sing Tao Daily said more than half of University of Hong Kong faculty chiefs are planning to leave, if they haven't already, including Keiji Fukuda, dean of the school of public health, whose contract wasn't renewed at the end of 2021.

In November 2021, the Hong Kong University of Science and Technology (HKUST) said its president Wei Shyy, who called for an inquiry into the death of HKUST student Chow Tsz-lok during the 2019 protest movement, will step down next year.

In an announcement published the day after the anniversary of Chow's death, the university said Shyy had notified it that he would resign with effect from Oct. 19, 2022, one year ahead of his five-year term.

Soon afterwards, City University announced that its president Way Kuo would step down in 2023, without explaining the move.

After the ruling Chinese Communist Party (CCP) imposed a draconian national security law on Hong Kong from July 1, 2020, Shyy told reporters he had "no need" to support it, as it was already law, and would have to be obeyed.

The law ushered in a city-wide crackdown on public dissent and peaceful protest, including peaceful actions deemed "subversive" or otherwise undermining of the authorities, that has left dozens of opposition politicians, rights activists and journalists behind bars, and led to the shuttering of prominent unions, civil society organizations and the pro-democracy Apple Daily newspaper.

"National security education" -- which is being tailored to all age-groups from kindergarten to university -- is also mandatory under the law, while student unions and other civil society groups have disbanded, with some of their leaders arrested in recent months.