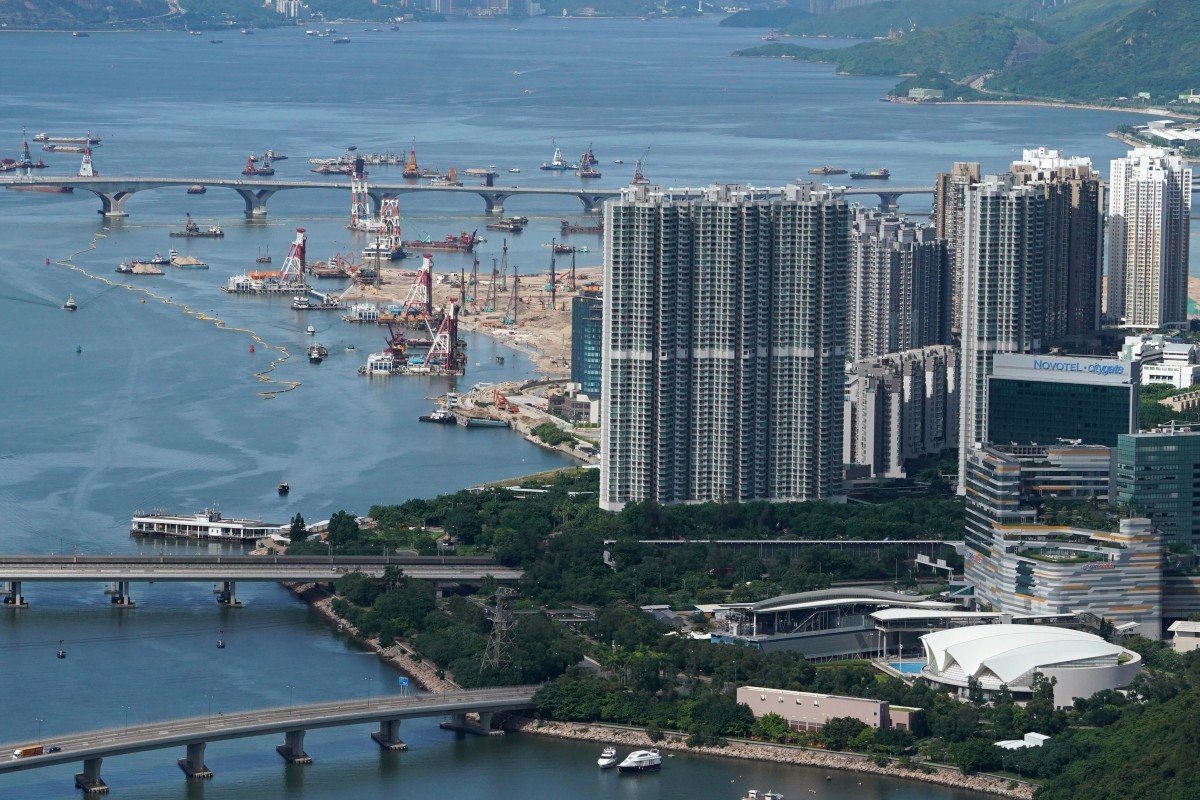 In the first signs of a slowdown in Hong Kong’s office property market, the city withdrew this year’s largest commercial site from tender, while Nan Fung lowered the asking rent for an office tower under construction by up to 20 per cent.

In the first signs of a slowdown in Hong Kong’s office property market, the government withdrew this year’s largest commercial site from tender, while Nan Fung Development lowered the asking rent for a grade A office tower under construction at Kai Tak by up to 20 per cent.

Bids for the site in Tung Chung, close to Hong Kong International Airport, were received from Sun Hung Kai Properties, CK Asset Holdings and a joint venture of Sino Land and Kerry Properties. About 90 per cent of the project’s floor space was earmarked for office development, according to the government’s land sale document.

“All three tenders received for the sale of a commercial site in Tung Chung have been rejected, as their tendered premiums did not meet the government’s reserve price for the site,” the Lands Department said in a statement on Wednesday. 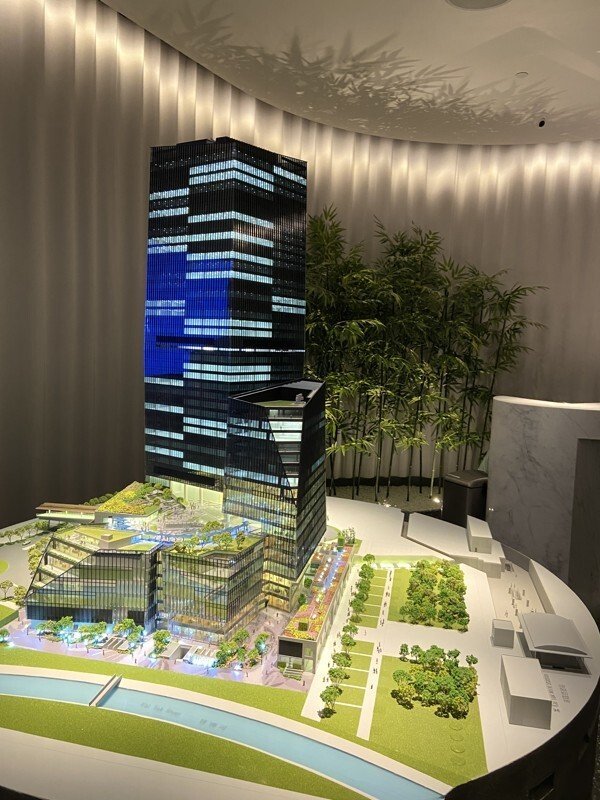 According to CBRE, 7.8 million sq ft of office space – greater than the size of four Central Plazas – sat vacant in Hong Kong in September, the highest since 1999. An additional 950,000 sq ft, just about the size of the HSBC building, in surrendered spaces – returned by tenants before leases expire – are also available in the market.

Investment in the project is too long term and large, with construction alone costing about HK$6.5 billion, so small to medium-sized developers were deterred, said Alex Leung, senior director at CHFT Advisory And Appraisal.

“In the current business environment, the commercial property market is under pressure, so investment in commercial projects is expected to be conservative,” said Alvin Lam, director at Midland Surveyors.

Elsewhere, Hong Kong-based property company Nan Fung Development said rents at its office tower, which is expected to be the tallest office building at the site of the city’s former airport, will start from HK$40 (US$5.2) per square foot a month, lower than a previous target of more than HK$50.

“The office leasing market has been affected by the disruption in business activities caused by the Covid-19 outbreak. Companies are becoming conservative when it comes to costs and the area they are going to take up,” said Rommel Lau, director of asset management at Nan Fung’s Hong Kong property division. 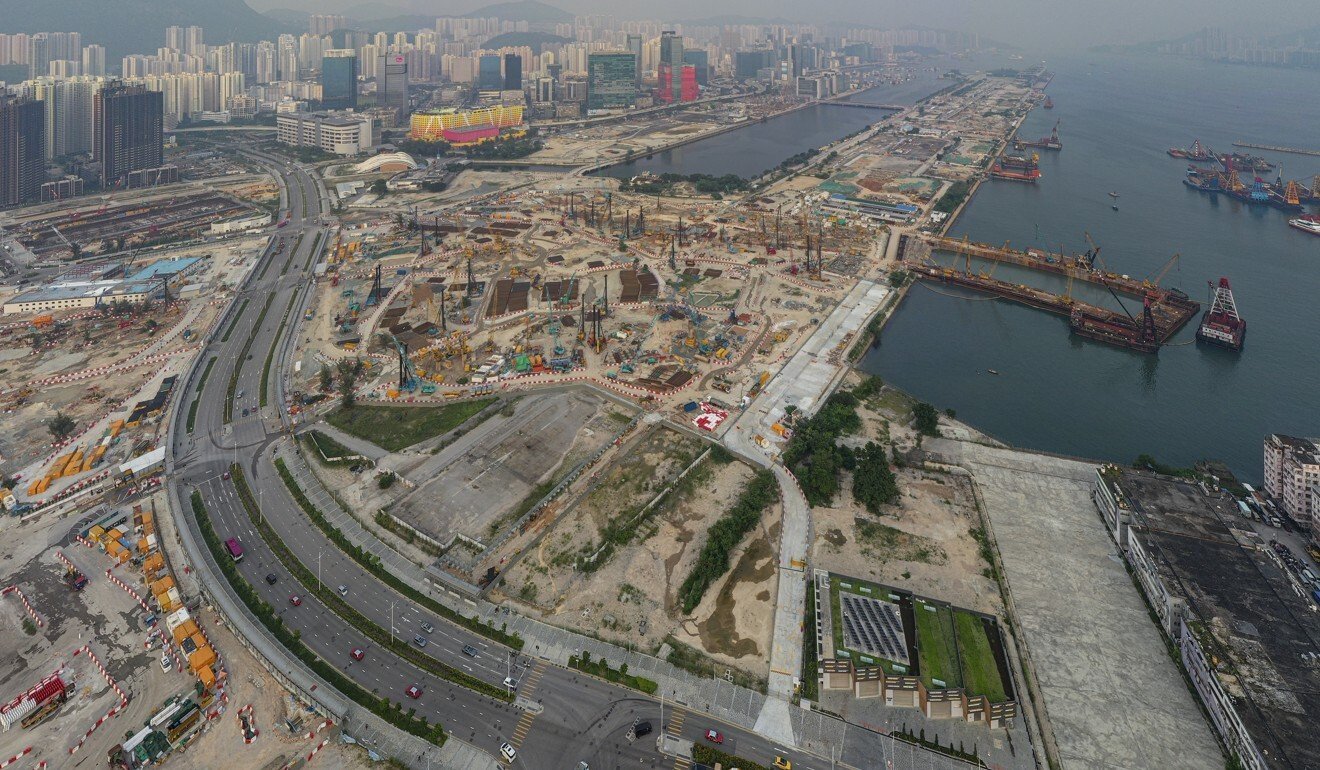 About 6.5 million sq ft of new office space will become available at Kai Tak in the coming years.

The tower is part of Airside, a 1.9 million sq ft mixed-use commercial development, of which 1.2 million sq ft have been earmarked for the office tower.

With each floor measuring between 32,000 sq ft and 53,000 sq ft, tenants will pay at least HK$1.28 million in rent per month. Investment in Airside, which is next to the Kai Tak MTR station and will be completed in 2022, is expected to touch HK$32 billion, including the HK$24.6 billion for the government tender won in May 2017, Nan Fung said.

“The question is how much will tenants be willing to pay, as Kai Tak may take another five years before it transforms into one of Hong Kong’s main business districts,” said Vincent Cheung, managing director of Vincom Consulting and Appraisal.

The office market had slowed down rapidly, and companies did not have capital either for expansion or for furnishing new offices, he said. “They would prefer not to make any movement at all,” Cheung added.

Negotiations with companies in the insurance, accounting, banking and finance sectors had been “positive”, Lau said, adding that one of the companies Nan Fung was in talks was co-working operator IWG. “Some companies will ask for longer rent-free periods,” he said without elaborating.

Airside will also feature 700,000 sq ft of retail spaces and 894 car parking bays. About 30 per cent of the retail spaces were likely to be allocated for food and drink outlets, as Kai Tak was expected to have a working population of 90,000 people, as well as 176,000 residents living in 50,000 units, Lau said. MCL Cinema will be the first anchor tenant after it signed a long lease to open a seven-screen theatre.

About 6.5 million sq ft of new office space will become available at Kai Tak in the coming years, according to government data. The area has been envisioned as Hong Kong’s second major business district after Central, said Nelson Wong, head of research in Greater China at JLL.

“Tenants of all types are likely to be attracted to the district, given the availability of high spec new builds at affordable rental levels, and access to infrastructure like the MTR and Route 6. While it may be a slow start, interest in this district will rise as the built environment matures,” he said.