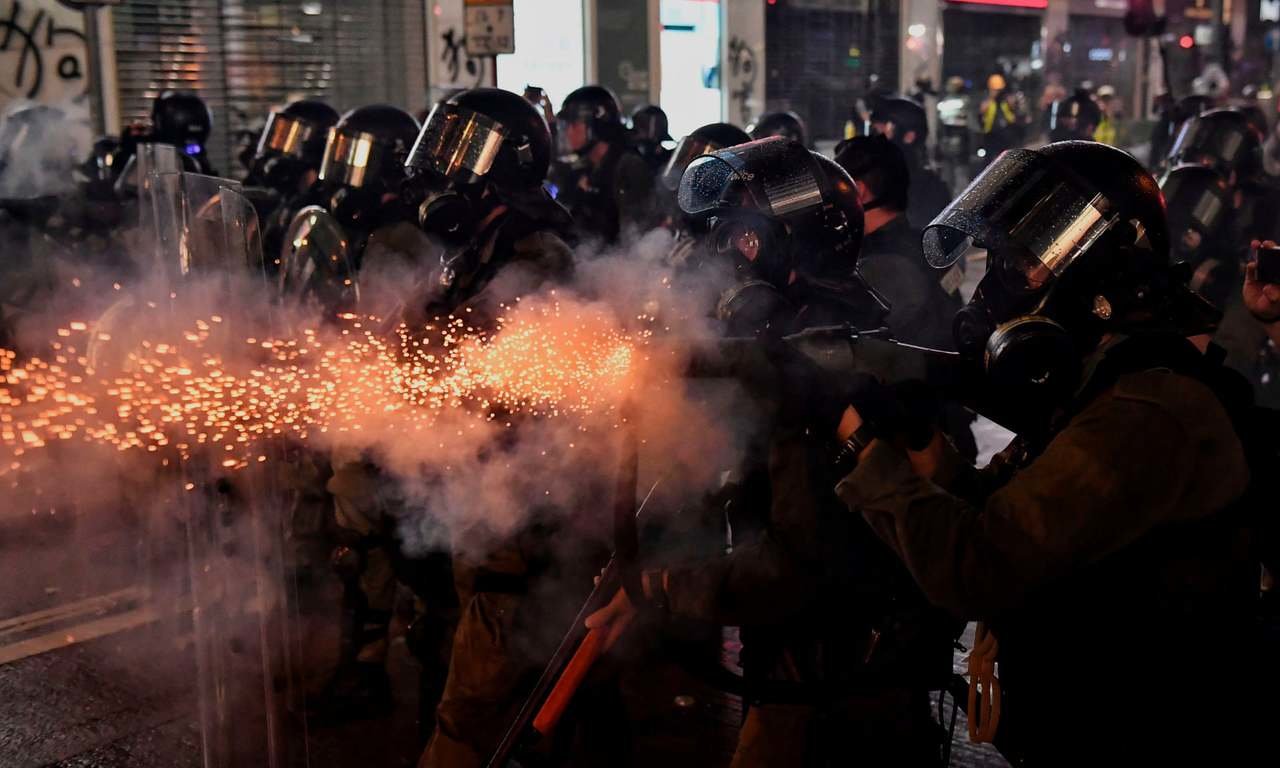 Hong Kong is no longer sending a delegation to next week’s DSEI arms fair in London, a month after it emerged that the UK government had invited representatives from the territory to visit.

The decision to pull out was confirmed in a parliamentary answer by Graham Stuart, a junior international trade minister, in response to a question from a Labour MP following a report in the Guardian last month.

Vicky Foxcroft had asked the international trade secretary, Liz Truss, why Hong Kong had been invited to the arms show, prompting Stuart to say it had “recently confirmed it is not attending”.

Hong Kong is mired in its worst political crisis since the British handover of the territory to China in 1997. Police have fired at least 2,000 rounds of teargas during the protests that broke out in June over a now-abandoned extradition law.

DSEI, which starts on Tuesday, is the biggest arms fair in Europe, featuring 1,600 exhibitors and more than 40 country pavilions. Companies showcase security and crowd control equipment as well as land, sea and air technology.

Canisters recovered by protesters show that some of the CS gas used in Hong Kong had been manufactured by a British company, Chemring, at a factory in Derby. That prompted Jeremy Hunt, the former foreign secretary, to announce an export ban on crowd-control equipment. Britain had licensed £9.4m of arms sales and security equipment to Hong Kong since 2014.

Eight other countries identified by the Foreign Office as priorities in its latest annual review of human rights and democracy are still listed as attending.

They include Saudi Arabia, where British ministers’ failure to consider the impact of civilian casualties in Yemen from bombing by the Saudi air force has led the court of appeal to declare that UK exports had been conducted unlawfully until a proper assessment is carried out.

Another is Bahrain. Two staff from the Gulf state’s embassy in London were accused this week of assaulting an activist who climbed on to the roof of the five-storey building in Belgravia in protest at the pending execution of two men. The embassy has denied the claim.

The other six priority countries the Department of International Trade has invited to the DSEI are Bangladesh, Colombia, Egypt, Israel, Pakistan and Uzbekistan.