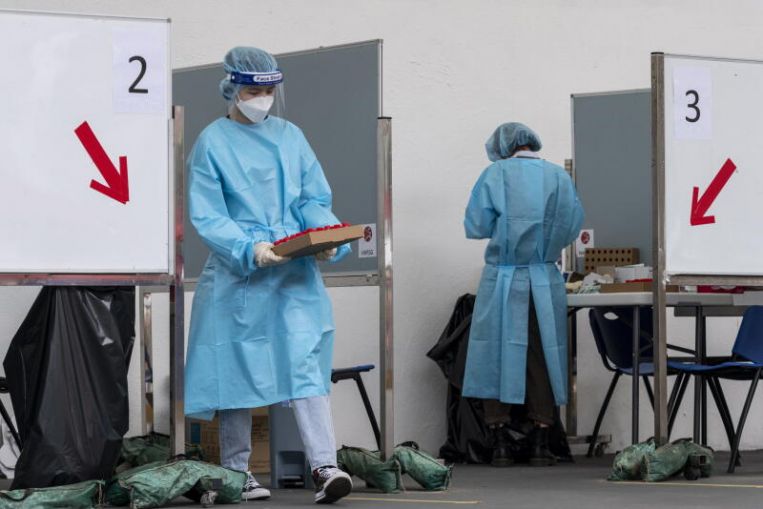 Hong Kong will have enough Covid-19 vaccines but it still needs to be vigilant: Senior officials

The Hong Kong government will procure enough Covid-19 vaccines to cover the entire population but it still needs to remain vigilant in controlling the pandemic, two senior government officials have said.
In a blog post, Financial Secretary Paul Chan said the government is actively working on the procurement, aiming to obtain as many vaccines as possible in the shortest time, initially aiming at twice the population.

But he also stressed that even with the help of vaccines, the government still needs to remain vigilant, so as to prevent the pandemic from rebounding and adding pressure to the already weak economy and people's livelihood.

With limited government resources, the amount of short-term support provided to industries affected by Covid-19 is only a drop in the bucket. Controlling the pandemic is the long-term solution to resume normal operation of all industries and people's daily life, Mr Chan added.

The vaccination programme led by the government allows the public to receive vaccines free of charge on a voluntary basis.

The first batch of vaccines will give priority to high-risk groups such as medical staff, the elderly, patients with chronic diseases, and staff of nursing homes for the elderly and disabled, said Mr Cheung.

According to him, procurement of vaccines for 35 per cent of Hong Kong's population will be made under the Covax mechanism led by the World Health Organisation, and more doses will be purchased from manufacturers.

"We plan to buy enough doses for twice the size of our population," Mrs Lam said. "If the vaccine needs two doses, we will buy 30 million doses."

While its Covid-19 outbreak is not as alarming as those in many global hot spots, the city of 7.5 million people has been plagued by repeated resurgences. Social distancing rules, including school closures, are in place again. The flare-up has also delayed a key travel bubble with Singapore.