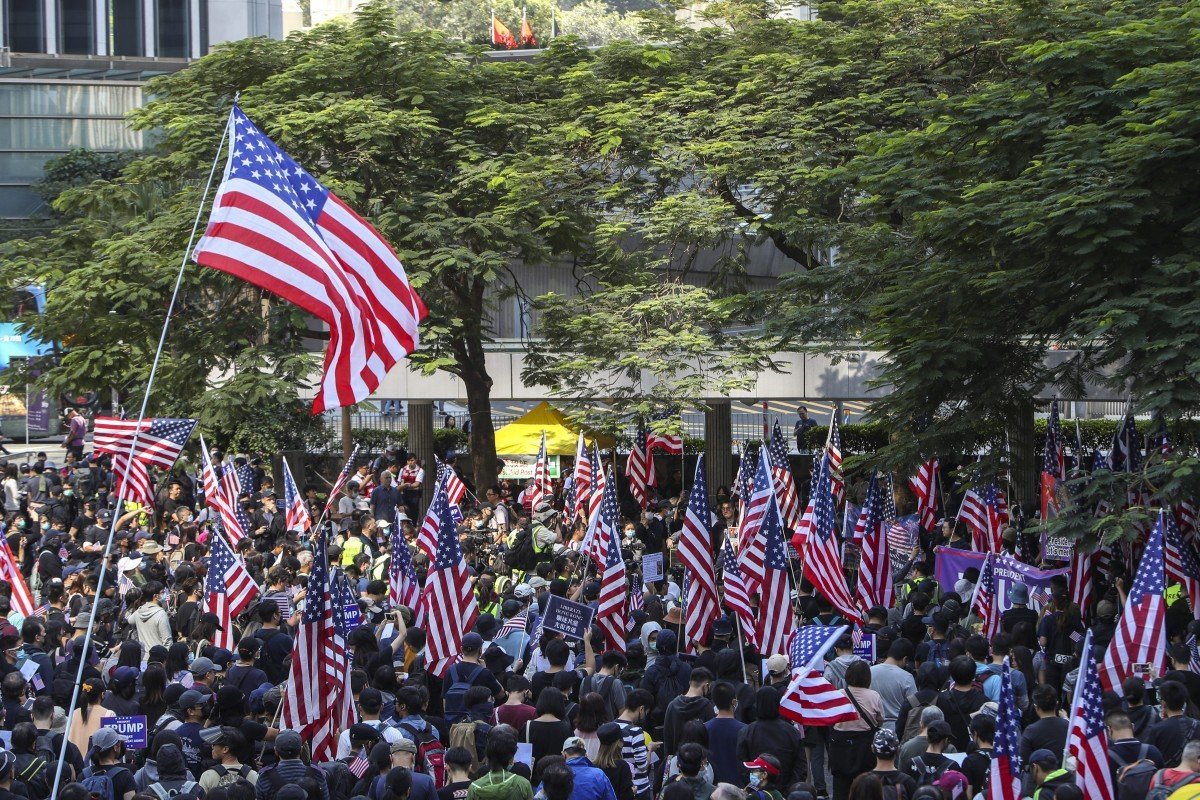 Punitive US sanctions bill triggered by national security law is ‘totally unacceptable’, according to statement on Hong Kong government website. Legislation is on way to US President Trump for final approval

The US Congress has no right to intervene in Hong Kong’s internal affairs, the city government said in an online statement on Friday, a day after the US Senate unanimously passed a punitive sanctions bill in reaction to the controversial new National Security Law imposed on the city this week by Beijing.

“Once again, we urge the US Congress to immediately stop interfering in HKSAR's internal matters,” the statement, by an unidentified spokesman, said on the Hong Kong government’s website on Friday. It used the abbreviation for the city’s official name, the Hong Kong Special Administrative Region of the People’s Republic of China.

“The act and the so-called sanctions are totally unacceptable. They will not deter us but will only harm the relations and common interests between Hong Kong and the US,” the statement said.

“The implementation of the one country, two systems principle in the HKSAR is entirely the internal affairs of the PRC.”

The Hong Kong Autonomy Act passed the US House of Representatives without objection on Wednesday, and then won US Senate approval unanimously on Thursday.

It now awaits President Trump’s decision to enact it into law or veto it, though a veto would likely be overturned by a broad bipartisan majority in the Congress.

The legislation would require the US government to punish individuals –along with financial institutions that knowingly conduct business with them – for “materially contributing” to any failure by the Chinese government to live up to its obligations under the Sino-British Joint Declaration or Hong Kong Basic Law.

The Joint Declaration, signed in 1984, stipulates that Hong Kong’s “high degree of autonomy” must not change until at least 2047.

“The central government has given the one country, two systems principle unswerving support and acted in strict accordance with the constitution and the Basic Law,” the government’s statement said.

The national security law, which Beijing put into effect and made public late on Tuesday night, on the eve of the 23rd anniversary of Hong Kong’s handover from British to Chinese rule, criminalises a wide range of behaviour and acts under four categories of secession, subversion, terrorism and collusion with a foreign power.

During protests in the city on Wednesday, a man holding a flag that called for Hong Kong’s independence was the first person to be arrested under the law.

“The law will not affect the high degree of autonomy, judicial independence and the rule of law in Hong Kong,” the government stated.