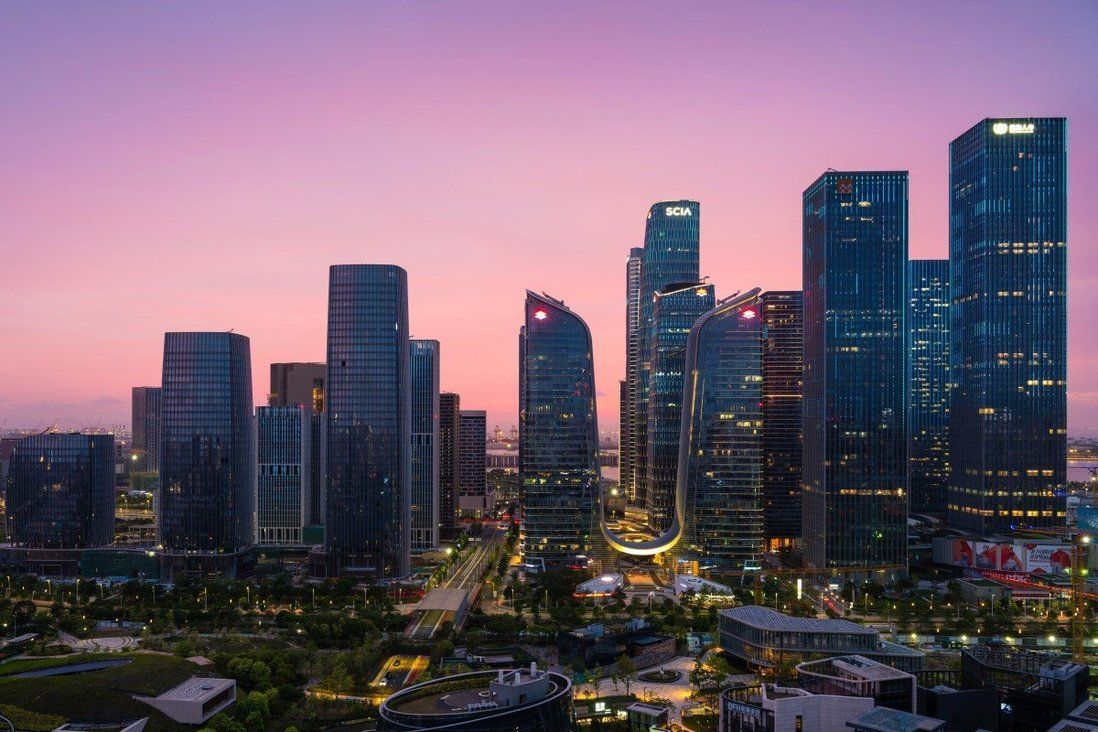 A former senior mainland Chinese official has warned Hong Kong risks being left with regret if it fails to turn the northern part of the city into a new business district and strengthen ties with neighbouring Shenzhen under Beijing’s new blueprints for regional integration.

Now president of semi-official Beijing think tank the Chinese Association of Hong Kong and Macau Studies, Xu made the remarks during an online seminar on expansion plans approved by the State Council last week for the Qianhai and Hengqin areas. 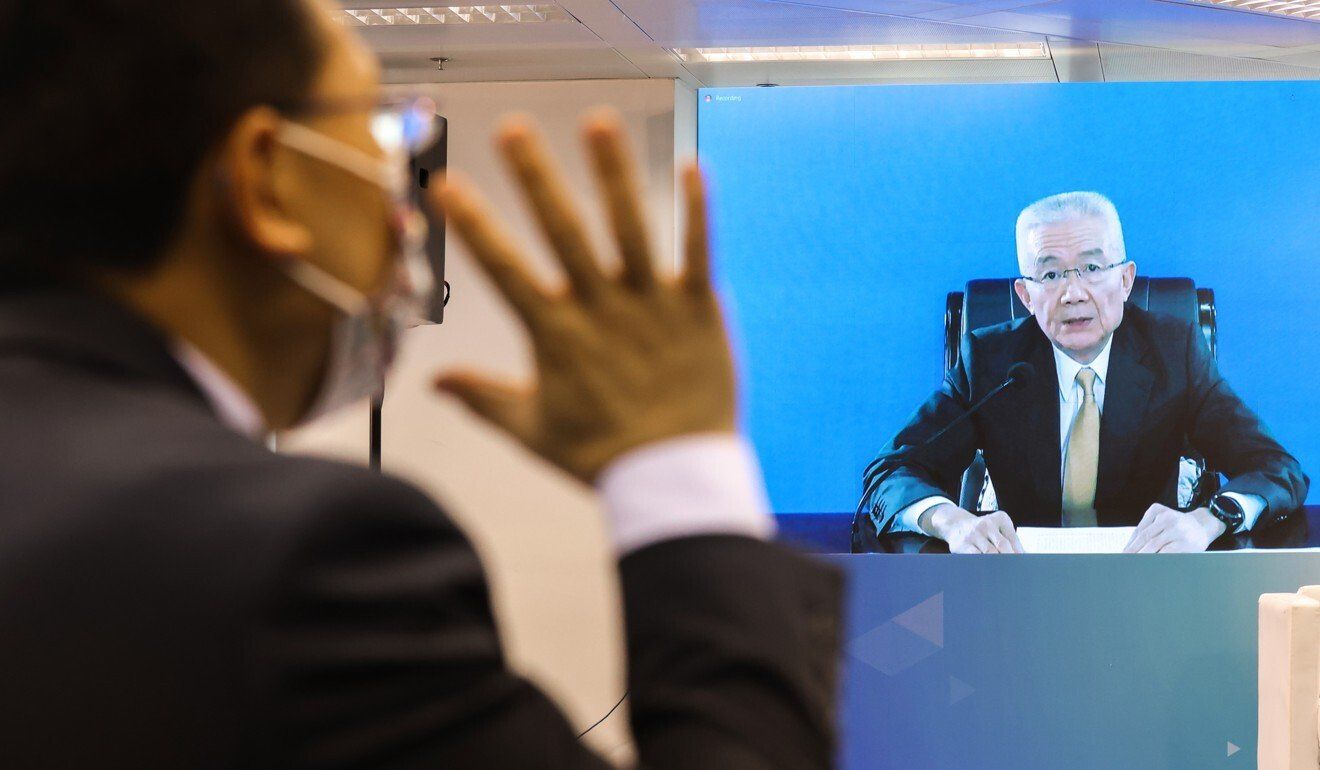 The central government also announced a new cooperation zone for Macau with neighbouring Hengqin, three times the size of the casino hub.

Xu said the two plans showed Beijing’s determination to deepen reforms and opening up in the face of a rise of unilateralism in international relations.

He added that the central government attached much importance to “institutional innovation” in the development of the Greater Bay Area, which covers Hong Kong, Macau, Shenzhen and eight mainland cities, as the project operates under two political systems, three customs territories and three legal systems spanning the former colonies and Guangdong province.

Xu said the plan for Hengqin called for bold innovation, with a push for “regulatory interface” and “institutional connectivity’ making it an “example of regional cooperation with Chinese characteristics”.

For the Qianhai scheme, Xu noted Shenzhen’s rapid development in recent years after taking advantage of the central government’s support policies and the city was waiting to welcome Hong Kong.

“Shenzhen has opened its arms to welcome Hong Kong and dock with it,” Xu told the seminar. “But in the areas of the northern New Territories that border Shenzhen, nothing much seems to have happened. 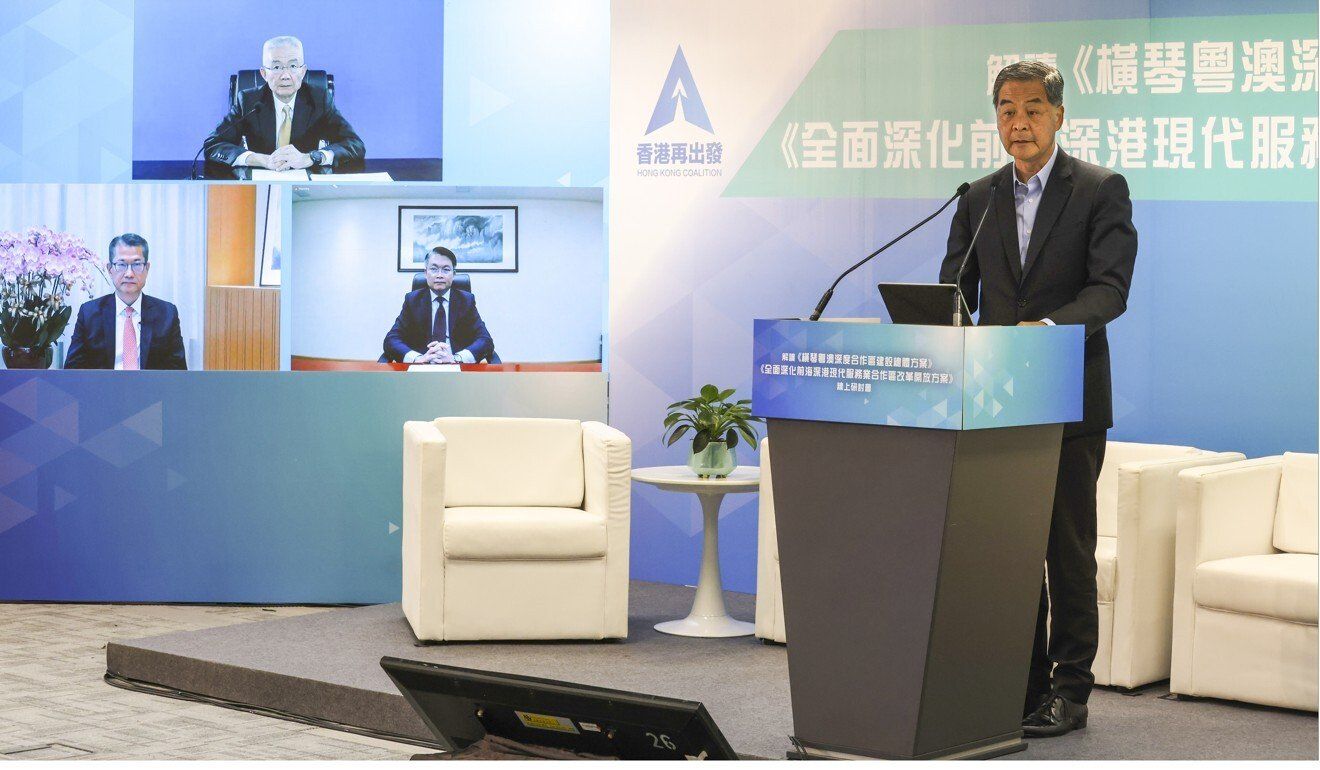 Xu warned that various sectors in Hong Kong had to work with the administration to make sure the city would not be left behind in the country’s rapid development.

“It would be laughable if there were still people who hope Hong Kong keeps a distance from the mainland, and try to hold back the advancing wheel of history, or try to reverse it,” he said.

“I sincerely hope the Hong Kong government and various sectors of the community can grab the opportunities and make the best use of the central government’s support policies to closely cooperate with Guangdong and Macau …. and not to make a historical opportunity end up a historical regret.”

Much of the Hong Kong side of the border with Shenzhen remains a restricted zone and visitors need special permits to enter, thus hampering the development of the northern New Territories. In stark contrast, the other bank of the Shenzhen River is packed with modern high-rises.

Earlier this year, the pro-establishment camp criticised the government for pushing ahead with a mega columbarium project in the Sandy Ridge border area, which overlooks Shenzhen’s Luohu district.

Chief Executive Carrie Lam Cheng Yuet-ngor had said the project was needed to address a critical shortage of cemetery facilities. But last week, after the Qianhai scheme was announced, Lam said a new plan for the development of the northern New Territories was needed and she would elaborate more on her ideas in her October 6 policy address. 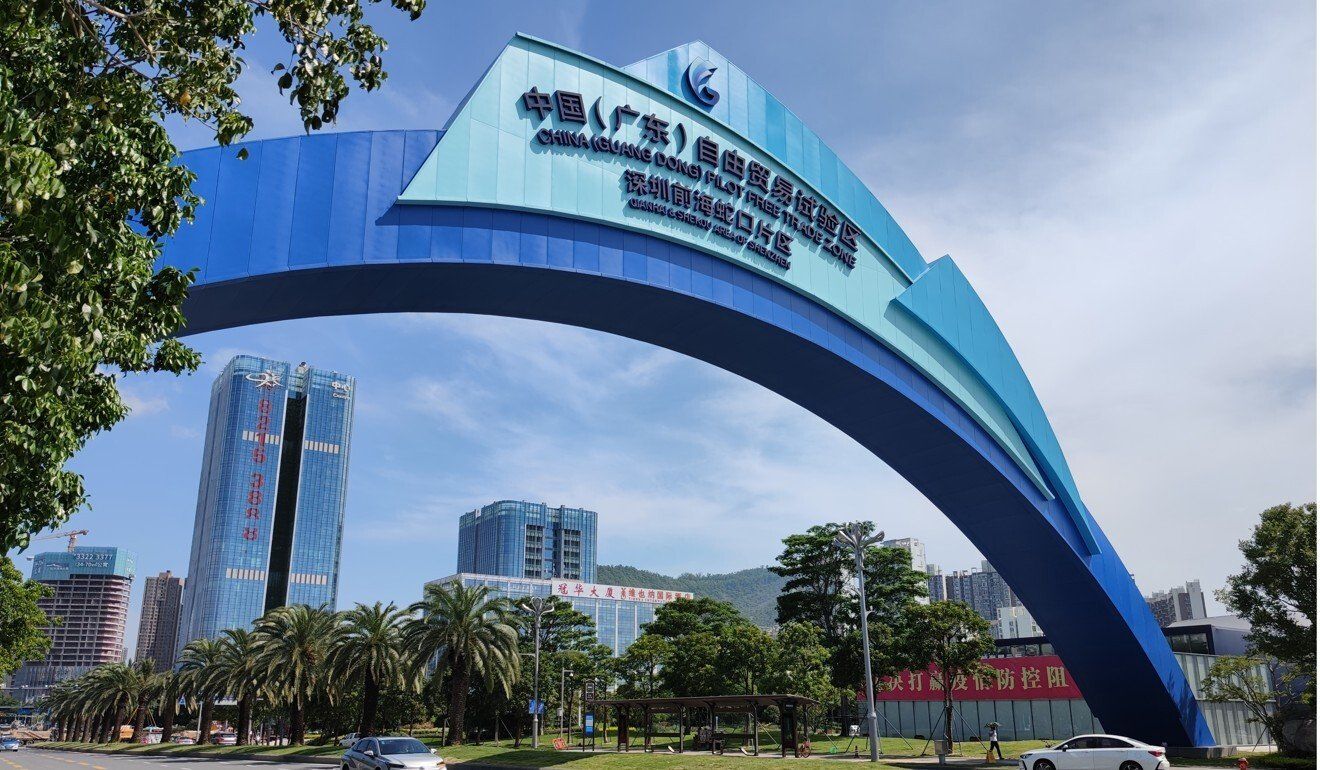 The Qianhai economic zone was set up in 2009.

“Many Macau and Hong Kong people do not quite know the opportunities offered by the various mainland cities in the Greater Bay Area,” he said.

“And at the same time, the mainland cities do not quite have a comprehensive understanding of the new roles of Hong Kong and Macau [under the new national policies] either.”

Also addressing the seminar were the finance chiefs of Hong Kong and Macau.

Financial Secretary Paul Chan Mo-po said Qianhai could serve as Hong Kong’s economic hinterland. He said he believed that closer ties with it could also help ease the land shortage problem that was holding back the city’s development.

The 2½-hour seminar was organised by Hong Kong Coalition, a group led by Tung Chee-hwa, Hong Kong’s first chief executive, and Leung, who are both now vice-chairmen of the country’s top political advisory body, the Chinese People’s Political Consultative Conference.