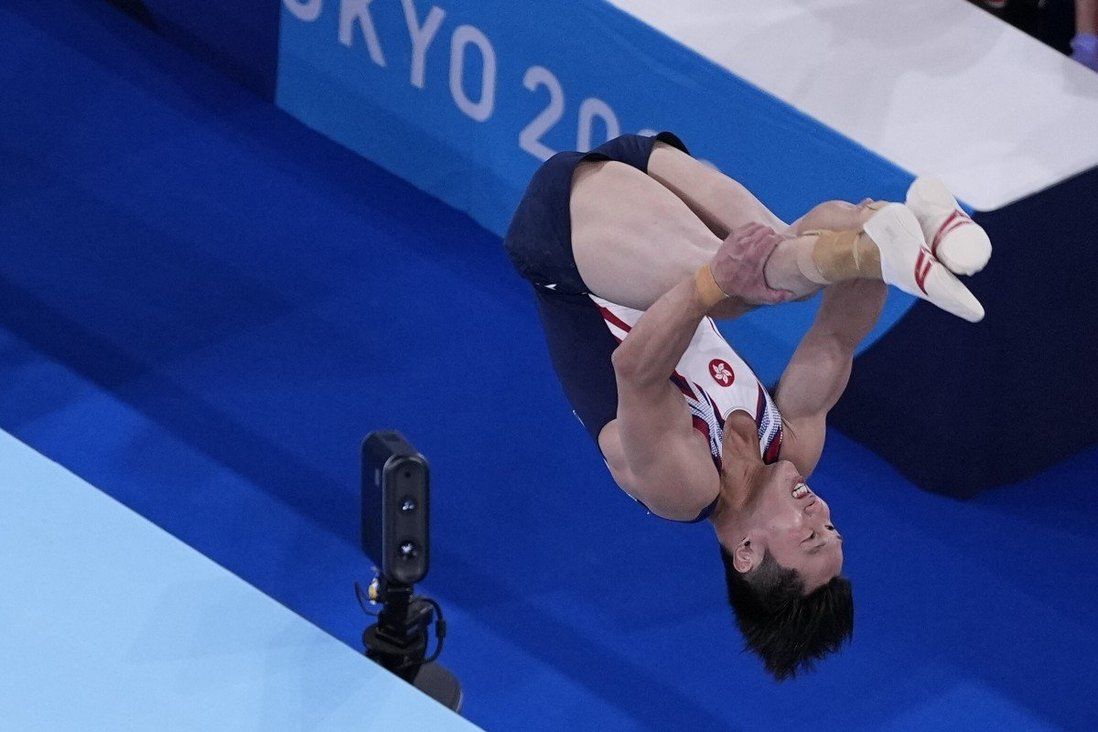 Hong Kong vaulter Shek Wai-hung damaged his ankle on his second attempt in the men’s artistic gymnastics qualifying on Saturday, leaving a huge question mark hanging over his Olympics.

Vault specialist Shek was first up in the second of three qualifying sessions at the Ariake Gymnasium in downtown Tokyo and he impressed with that initial effort.

Shek became the first Hong Kong athlete to win a gymnastics medal at the regional showpiece and was an outside hope for these Olympics.

That opening vault score put him on track towards a place in the eight-man final before disaster struck on his second and final run to leave it all in doubt.

Shek landed awkwardly on his ankle and while he finessed the landing to remain upright the execution cost him in both his score and his ability to continue, should he qualify.

The leader after the first session was Russian Olympic Committee gymnast Nikita Nagornyy on 14.783 while Armenia’s Artur Davtyan leapt above him in the second session with 14.866.

He faces an anxious wait on his ankle and the final qualifying session this evening to see if can compete in the final or his Games are now over.

Shek left the venue before talking to the media but his coach confirmed that his ankle was injured.