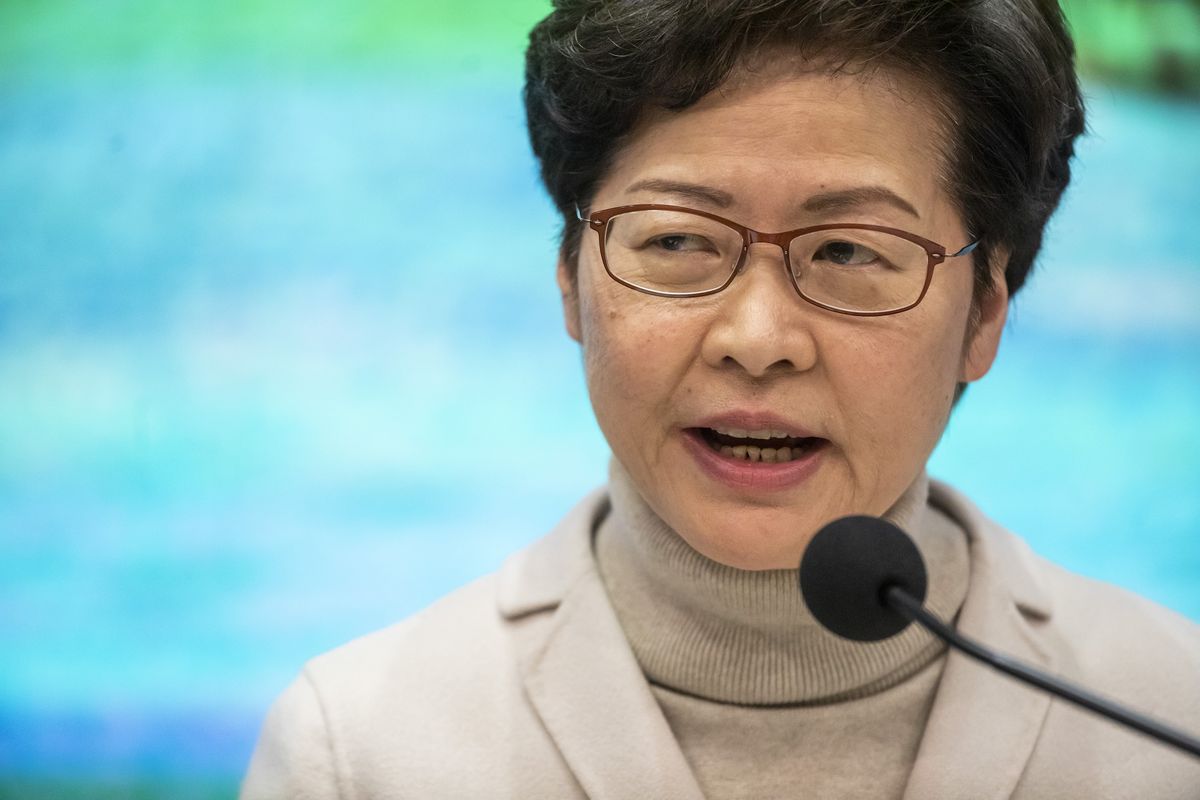 While Chief Executive Carrie Lam’s latest spending plan will draw from the city’s fiscal reserve of $976.6 billion ($126 billion) in July, that cash pile is still seen by economists as large enough to support still more stimulus.

The urgency for more fiscal support was underscored Thursday by data showing Hong Kong’s unemployment rate sitting at 6.1% in August, with joblessness continuing to rise in the hard-hit consumption and tourism sectors. Yet the latest signals from Lam’s administration, including the comparatively small round of virus relief announced this week, suggest a reluctance to further deplete Hong Kong’s war chest.

Hong Kong faces a particularly difficult road to recovery after a year of political unrest and more than seven months of coping with the coronavirus outbreak. It’s posted quarterly economic contractions of as deep as 9% so far this year, with restrictions to combat the virus, the U.S.-China trade fight and political tensions all weighing on its status as a global financial hub.

The HK$24 billion package Lam just announced, a fraction of the previous rounds, underscores the tricky balancing act governments are attempting as the pandemic drags on, as they try to provide badly needed relief for residents and businesses while trying not to significantly worsen public finances.

“The size of the latest package is relatively small, and only less than half of it goes to supporting employment and businesses,” said Tommy Wu, senior economist with Oxford Economics in Hong Kong. “As many households and businesses are still under immense pressure, it is not the time for the government to worry about drawing down the fiscal reserves to support the economy.”

The latest stimulus pushes relief spending to more than HK$310 billion this year. Lam in August described Hong Kong’s public finances as “in a severe situation,” adding she would be offering few measures in her Oct. 14 policy address that would draw on public coffers.

The Hong Kong economy, which contracted 1.2% last year, is expected to shrink by a record 6.9% this year, according to an economists’ survey by Bloomberg conducted in the first week of September.

“This round of stimulus is much narrower than the last round. It’s completely insufficient to cover our pains,” said Yiu Si-wing, a Hong Kong lawmaker representing the tourism industry, which has been decimated by the virus.

“The Hong Kong economy has started its long climb out of the bottom. The latest relief package is smaller in scale than the previous rounds, but more targeted. This, together with continuing relaxation of social distancing rules, should help the economy make further progress in the coming weeks. Yet the recovery is likely to take a long time, given the slow resumption of businesses and border re-opening far away.”

The government can dip into the debt market to mitigate its budget deficit, as it did in the most recent fiscal year when it generated a net HK$7.8 billion by issuing green bonds. That helped lower the deficit to HK$10.6 billion, according to March 31 financial results.

While government revenue is also down so far this fiscal year, to about HK$106 billion from HK$135 billion a year ago, the government’s assertion that Hong Kong will retain its competitive advantages as a financial hub suggests that weakness is temporary, Garcia Herrero said.

“This means that additional stimulus should be pursued to smoothen the cycle,” she said. “Carrie Lam should stick to her beliefs of a strong Hong Kong and thus conduct a major stimulus. She should have more than enough room.”

Aries Wong, a lecturer at Hong Kong Baptist University’s School of Business, said the government’s ability to spark a recovery through stimulus is limited and the measures are more to keep the economy afloat.

“Hong Kong is a small open economy, so don’t expect any fiscal stimulus to have a great effect on our economy,” he said. “We do not know how many rounds of relief measures we still need and we have not put aside anything for the aging population.”

The fiscal reserve is also key to supporting Hong Kong’s credit rating, Wong said. Both Moody’s Investors Service and Fitch Ratings have slashed the city’s rating this year amid the pandemic and unrest. Hong Kong officials have faced criticism for their handling of the stimulus so far, amid long waits for checks and the fact that some wealthy residents also qualified for the money.

Lam’s biggest package to date was a HK$137.5 billion injection in April centered on wage subsidies to employers who pledged a floor on job cuts. This is in contrast with countries like Australia where companies needed to show a steep drop in revenue to qualify.

The government’s signature stimulus program, a HK$10,000 handout to residents announced in the February budget, has been criticized for delays -- as the checks first went out in July.

“We understand the financial hardship that many people are going through” yet resources are finite, Financial Secretary Paul Chan said Tuesday when asked whether there would be further cash handouts for residents. “A more targeted approach is more appropriate in the current circumstances.” 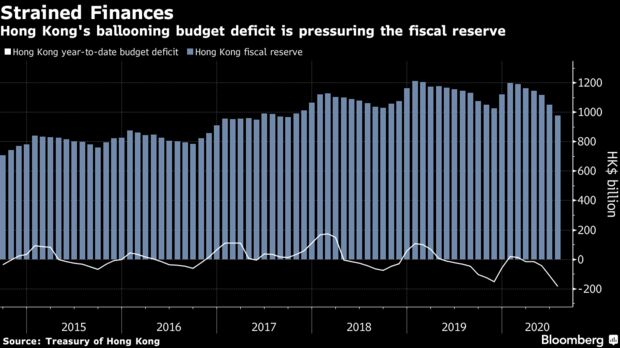 Chan forecasts the reserve will drop to about HK$800 billion by the end of the fiscal year, with the budget deficit ballooning to a record of more than HK$300 billion.