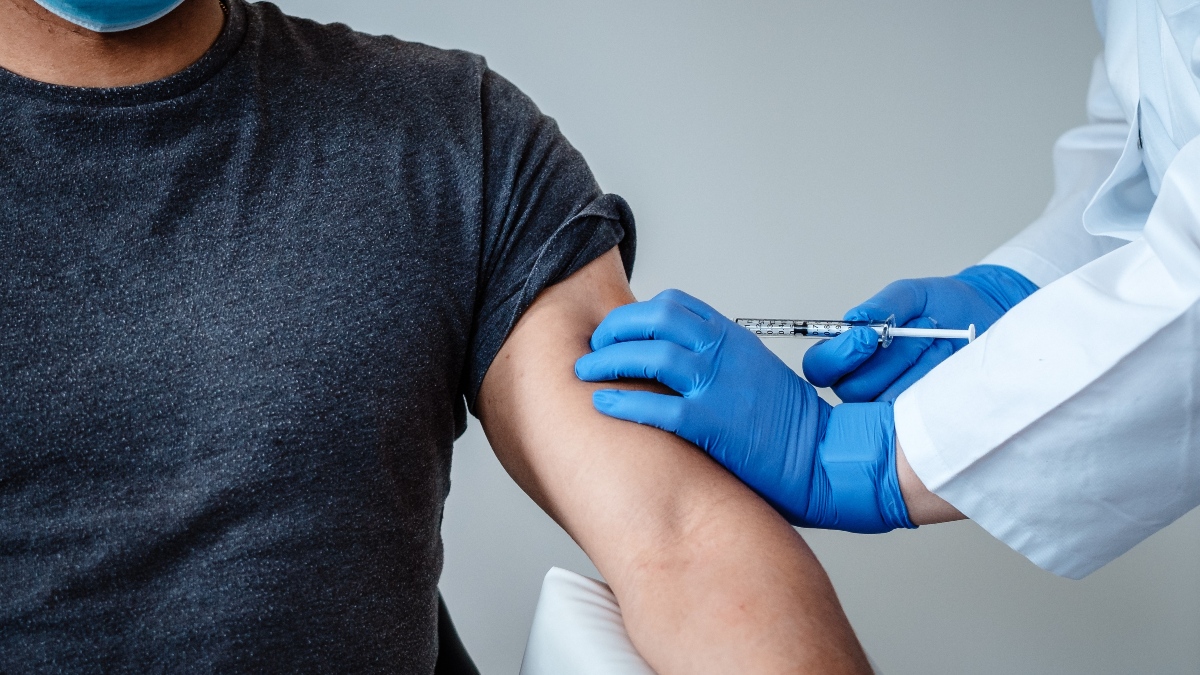 Civil servants, university students and domestic workers must undergo tests unless they are vaccinated

The Hong Kong government has unveiled compensation terms for anyone with severe side-effects of Covid-19 vaccines, aiming to increase people’s confidence in getting inoculated.

Details were set out in a document released by AXA Hong Kong, the third-party administrator appointed to process the applications of the Indemnity Fund for Adverse Events Following Immunization with Covid-19 Vaccines (AEFI Fund).

Someone recovering after facial paralysis for at least seven days but less than 26 weeks will get up to HK$120,000. If such a side-effect lasts for 26 weeks or more, with noticeable facial asymmetry, eye (corneal) damage, and/or side effects of treatment such as that from corticosteroids, the person will get up to HK$1.5 million. 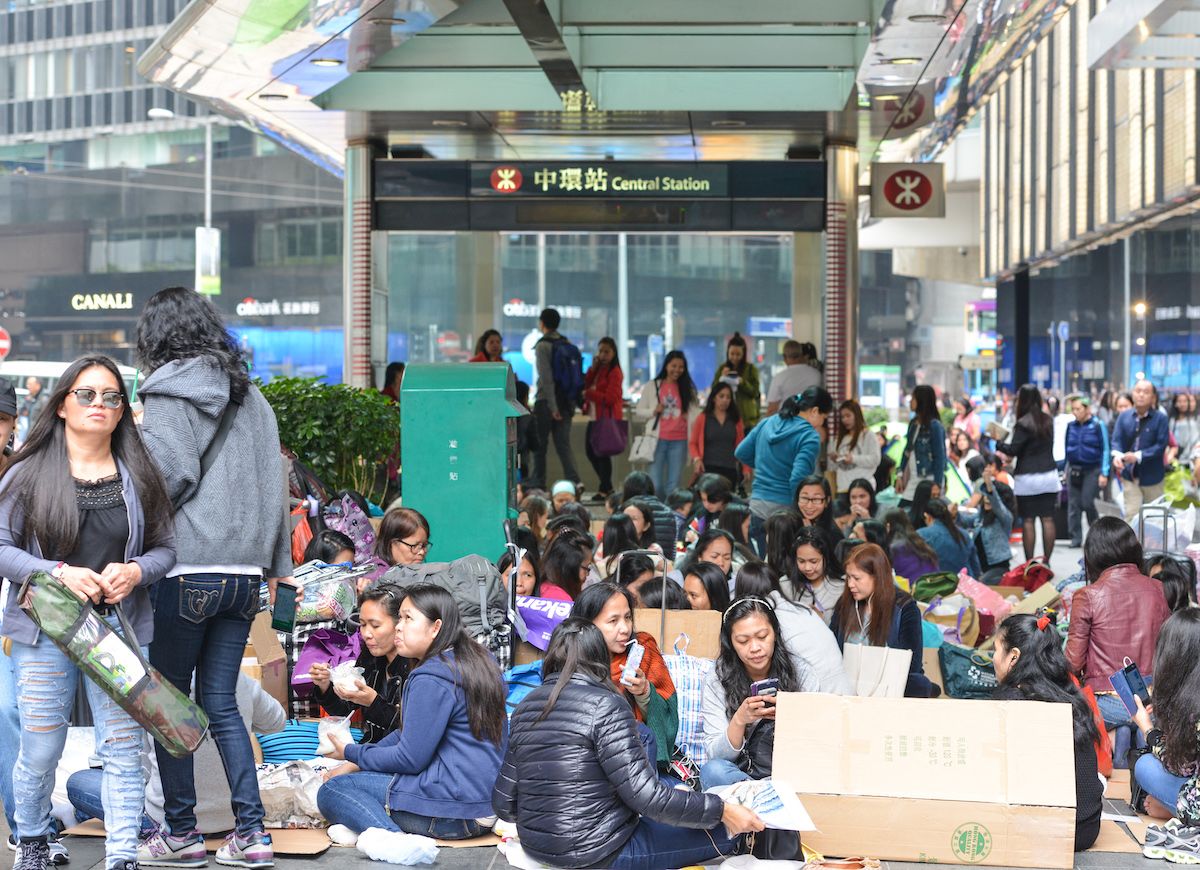 Filipino maids gather in Central. Vaccinations will not be mandatory when foreign domestic helpers make their visa applications.

A person with anaphylaxis requiring resuscitation with no long-term consequences will get up to HK$300,000.

A person who fails to perform three or more out of six activities of daily living, which include dressing, toileting, mobility, continence, feeding and bathing, will be classified as totally disabled and entitled to 100% of the corresponding maximum payout.

The maximum payout will be HK$2.5 million for a deceased individual under 40 and HK$2 million for those aged at 40 or above.

As of Monday, the government has received 11 applications for the AEFI Fund while AXA Hong Kong is handling them. The insurer has signed a three-year contract with the government for HK$10 million.

As of Sunday, about 1.74 million vaccine doses have been administered in Hong Kong. Around 1.07 million people have had at least one dose, accounting for 16.3% of the population aged 16 or above.

The Expert Committee on Clinical Events Assessment Following Covid-19 Immunization concluded that seven death cases had no causal relationship with vaccinations, and preliminarily considered that 21 cases were not associated with vaccinations. Five cases were pending assessment. The committee said there was no unusual pattern identified so far, and would continue to closely monitor the situation and collect data for assessment.

On Wednesday, the Civil Service Bureau said in a document to the Legislative Council that the government strongly recommended its front-line employees get the jabs and would allow them to make it during office hours and take leave after the inoculation. It said it would allow vaccinated staff to skip regular virus tests. 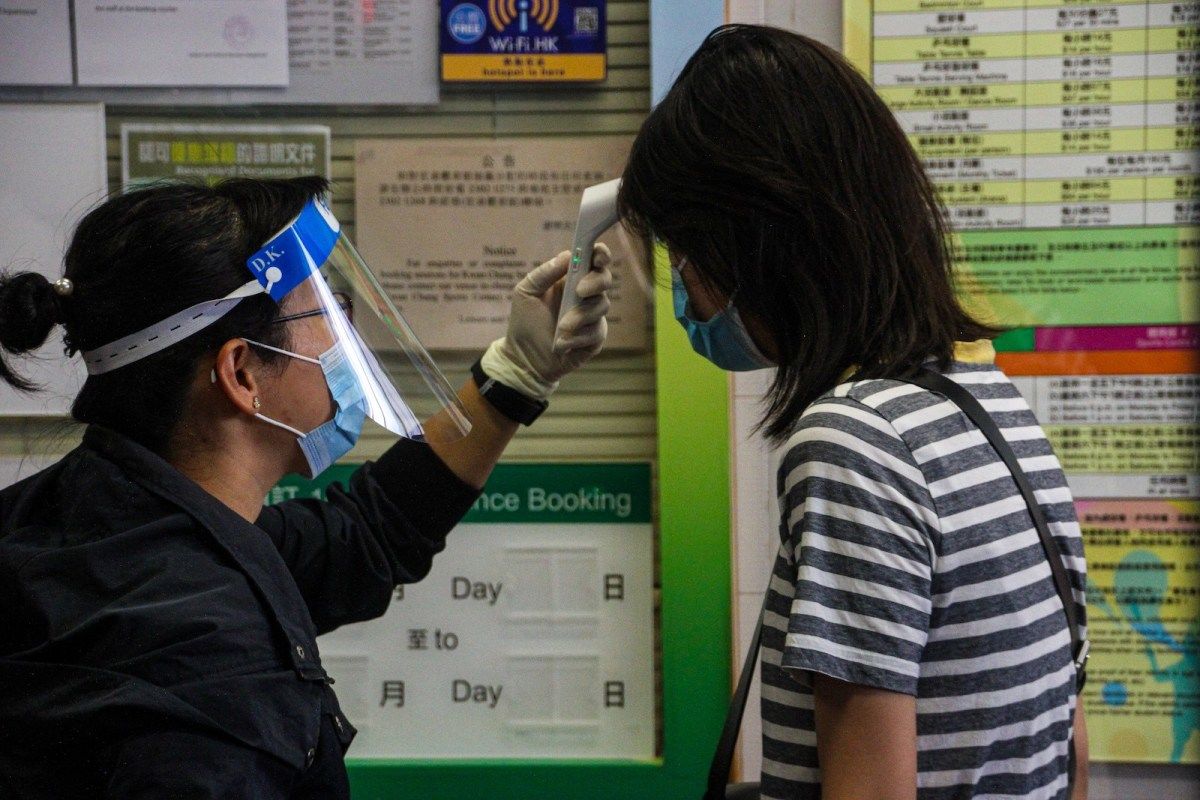 Inside one of Hong Kong’s Covid-19 city-wide testing centers.

On Thursday, the Chinese University of Hong Kong said it would require all students at dormitories to get tested bi-weekly, unless they were vaccinated. It said students who did not undergo the tests or get the vaccines would not be given a room.

Chief Executive Carrie Lam announced on Tuesday that the government would not make vaccinations mandatory when foreign domestic helpers make their visa applications after assessing public health needs and legal issues. However, she said foreign domestic workers would be required to get tested again between May 15 and 30, except those who are fully vaccinated.

In Hong Kong, 33 people have died after inoculation, ten of them receiving BioNTech and 23 getting Sinovac vaccines.

On Sunday, Jergrace Tabiano Anacleto, a 44-year-old Filipino domestic worker, fainted at her employer’s home in Sai Kung and was sent in a coma to Tseung Kwan O Hospital. She was certified dead before arriving at the hospital. The helper received her first dose of BioNTech vaccine on April 21.

Her sister Jinalyn Tabiano said in a Facebook post on the same day that she and Anacleto had exchanged Happy Mother’s Day greetings in the morning. Anacleto told Tabiano that she was okay at that time. Citing an initial autopsy, Tabiano said Anacleto died of an aortic aneurysm, which is caused by an outgrowing or dilatation of the aorta.

On Wednesday afternoon, a 31-year-old Filipino domestic worker was in a coma after receiving the BioNTech vaccine at the Lai Chi Kok Park Sports Center. She was sent to the Princess Margaret Hospital in serious condition.