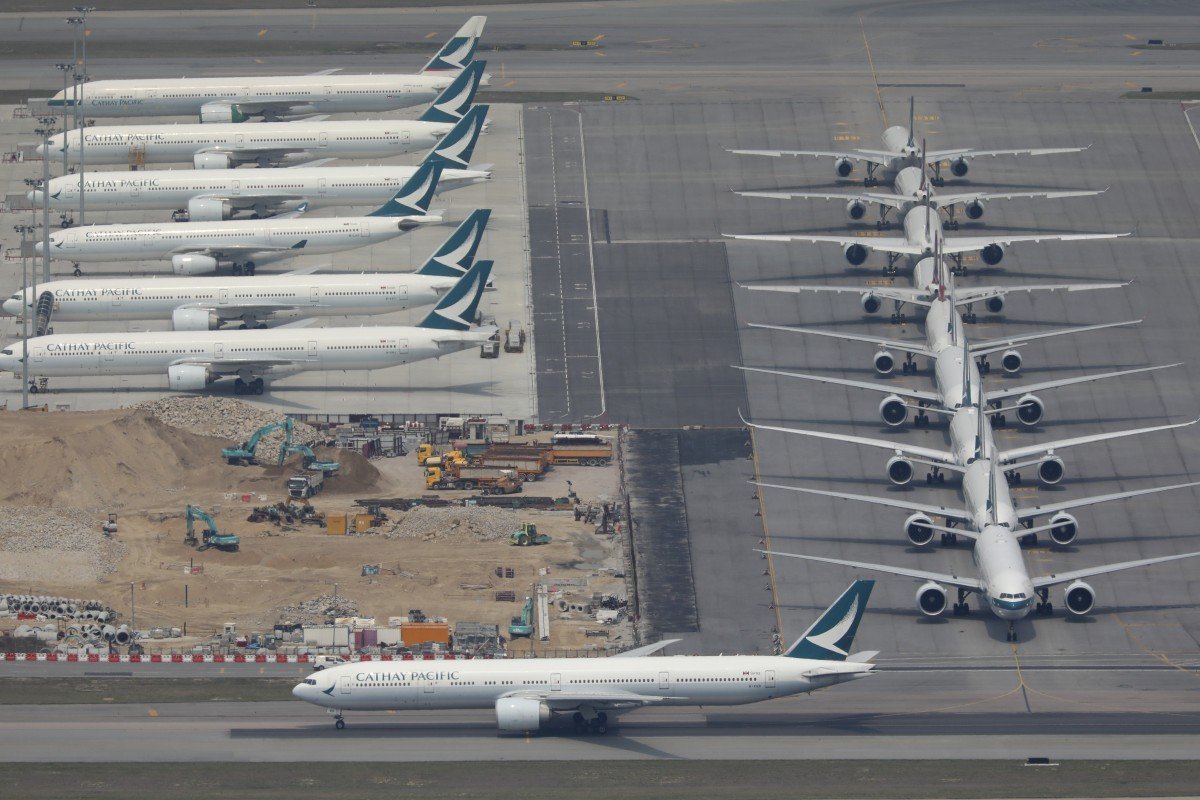 Hundreds of companies to receive fresh financial aid as the city sector struggles during the pandemic. Authorities earlier accused of not doing enough to shield firms including airlines from the coronavirus impact

Hong Kong will shore up its aviation industry with an extra HK$1 billion (US$128 million) to help hundreds of companies through the Covid-19 pandemic, the authorities revealed on Monday following intense criticism over the levels of support previously offered to the sector.

The government and the operator of Hong Kong International Airport (HKIA), the Airport Authority, said the package would support about 400 firms including airlines and retailers.

“The aviation industry is an important driver for Hong Kong's economy. We are determined to maintain Hong Kong’s competitiveness as an international aviation hub, and even more so in challenging times,” a government statement said.

For the latest package, the government will chip in HK$670 million, sourced from the levying of air traffic control charges, with the Airport Authority stumping up HK$330 million, for the relief measures covering February to June this year.

Backdated from February and worth up to HK$630 million, airlines will receive a full waiver on five months of aeronautical charges involving parking and air bridge fees for grounded planes, as well as a 40 per cent reduction over four months on landing charges.

Airport shops and restaurants – left nearly deserted for months from the impact of Hong Kong’s anti-government protests and the pandemic – will get a 70 per cent discount on rent for the three months to May, and pay half for June. The total rental concessions will be worth HK$320 million.

Also available is a HK$50 million training fund to help boost the skills of up to 25,000 workers employed in and around the airport, many of whom are on unpaid leave.

Authorities had earlier been heavily criticised for not offering direct financial help during the huge downturn in air travel brought about by the worsening health crisis.

The industry previously received HK$1.6 billion worth of aid, but that did not include discounts on aeronautical charges, which form a major operating expense for airlines flying to and from HKIA.

The Transport and Housing Bureau denied it had been slow to respond to the health crisis, pointing to the earlier package as a “quick response in helping the business to alleviate liquidity and operational pressure.”

Following Monday's announcement, the total sum pledged by HKIA amounted to only 23 per cent of its HK$8.4 billion profit for the 2018/19 financial year, on HK$19.5 billion of revenue.

Some 27 per cent of the airport’s revenues come from aeronautical charges, including air traffic fees, which account for 17 per cent of Cathay Pacific’s expenses.

Although it faces financial pressure over Covid-19, HKIA has remained profitable for 19 years in a row, a period covering September 11, the severe acute respiratory syndrome outbreak in 2003 and the 2008/09 global financial crisis.

S&P Global Ratings said in its latest report on Monday that relief measures would strain HKIA’s cash flow at a time when it was spending HK$141.5 billion on the third runway project. It warned the airport faced a “lengthy recovery period.”

“We believe the financial buffer for AA … has been exhausted due to drastically low passenger traffic, still-high capital expenditure and operating expenses, and financial relief measures it will provide to airlines and tenants,” the report said.

HKIA, which handled 71.5 million passengers last year, could see traffic fall up to 40 per cent this year, the ratings agency added.

IATA said the global airline industry needed a bailout in the region of US$200 billion.

“Looking at the number of airlines serving Hong Kong, perhaps we could see something additional,” de Juniac said.

“Considering the position of Hong Kong, US$129 million is a good sign but should probably be a little more if Hong Kong wants to maintain its connectivity with strong and dynamic companies.”