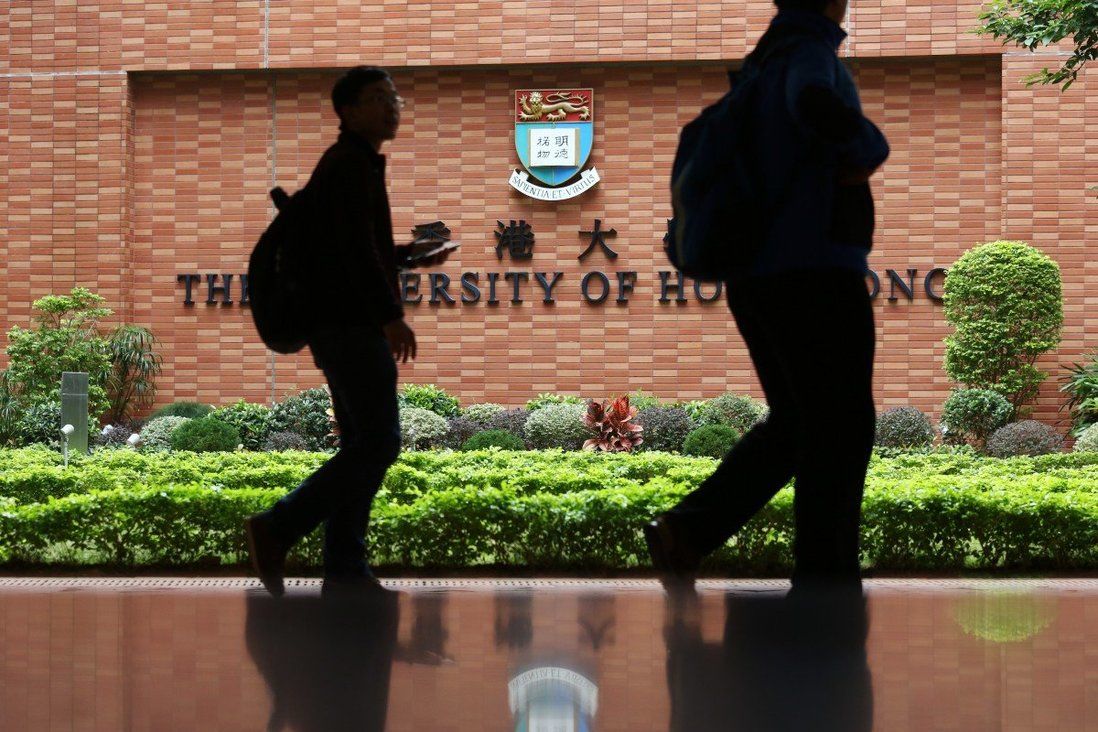 Management warns showing the profile of Edward Leung, who was jailed over the Mong Kok riot, may be a breach of the law and points to limits on public gatherings. Union remains defiant and says screening will go ahead as planned.

The University of Hong Kong has urged its student union to scrap a planned showing of a documentary about a jailed pro-independence activist, warning that the screening could breach the law and the social-distancing rule limiting public gatherings.

While the university has not spelled out in a public statement what law it was referring to, the union accused management of political suppression. It said the university had sent a notice that referred to the national security law and also claimed to have learned security guards could be deployed if the screening went ahead. But the screenings would go ahead as planned, it said.

In the letter, part of which was posted on the Facebook page of the student broadcaster Campus TV on Tuesday, the union was warned some scenes in the Cantonese-language Lost in the Fumes – including activist Edward Leung Tin-kei shouting the slogans “Reclaim Hong Kong, Revolution of Our Times”, could have “serious legal concerns and consequences”. 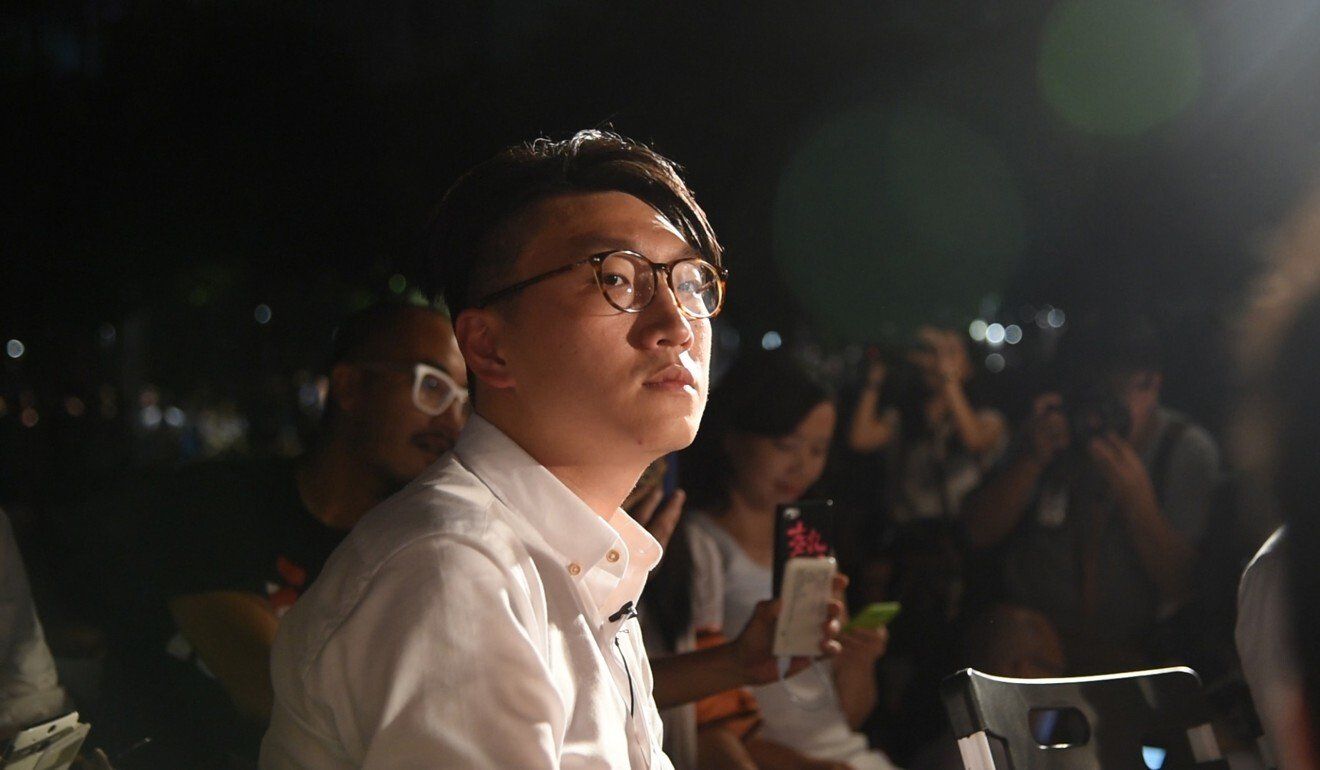 A screen grab from the documentary about activist Edward Leung Tin-kei called Lost in the Fumes.

Part of the nine pages of the letter posted read: “The current [national security law] environment is fundamentally different … It is far more stringent and taxing.

“The mere fact that those wordings appear on the screen … and the ethos expressed … will invite the undesirable attention of the opposition party and law enforcement agencies.”

The union said the letter, which did not contain a header or signature, was issued by the university’s Centre of Development and Resources for Students.

The union plans to hold three screenings on campus on Wednesday, Friday and Monday to mark the fifth anniversary of the Mong Kok riot in 2016. The night of violent unrest was triggered by protesters’ resistance to a crackdown by authorities on unlicensed street fishball hawkers in the district.

The 90-minute biographical documentary is based on the life of Leung and was directed by Nora Lam Tze-wing, both of whom are university alumnus.

The film has not been shown in mainstream cinemas in Hong Kong but was screened at universities, as well as arts and community venues between 2017 and 2019. It won a merit prize at the Hong Kong Film Critics Society Awards in 2017 and a special jury prize at the Taiwan International Documentary Festival in 2018.

Leung, a poster boy for the city’s pro-independence movement and the former convenor of the Hong Kong Indigenous political group, was a key activist in the 2016 unrest.

He rose to prominence while running in the 2016 Legislative Council elections but was subsequently banned from taking part for advocating Hong Kong independence. He was jailed in 2018 for six years for his role in the riot.

The union is also co-organising a photo exhibition in its building until February 19 to mark the 2016 unrest. No objections to that event have been made.

In a statement released on Tuesday, a university spokesman said: “The university is aware that an upcoming film screening organised by the [union] is at risk of non-compliance with several legal requirements, including necessary due procedures for film screenings and may be in violation of public group gathering regulations.”

There was no mention of the national security law in the statement.

But it said: “As advised by legal experts, the screening may be in violation of the law and the university urges [the union] to seriously reconsider holding the screening on campus in the light of public safety concerns and the potential legal consequences.” 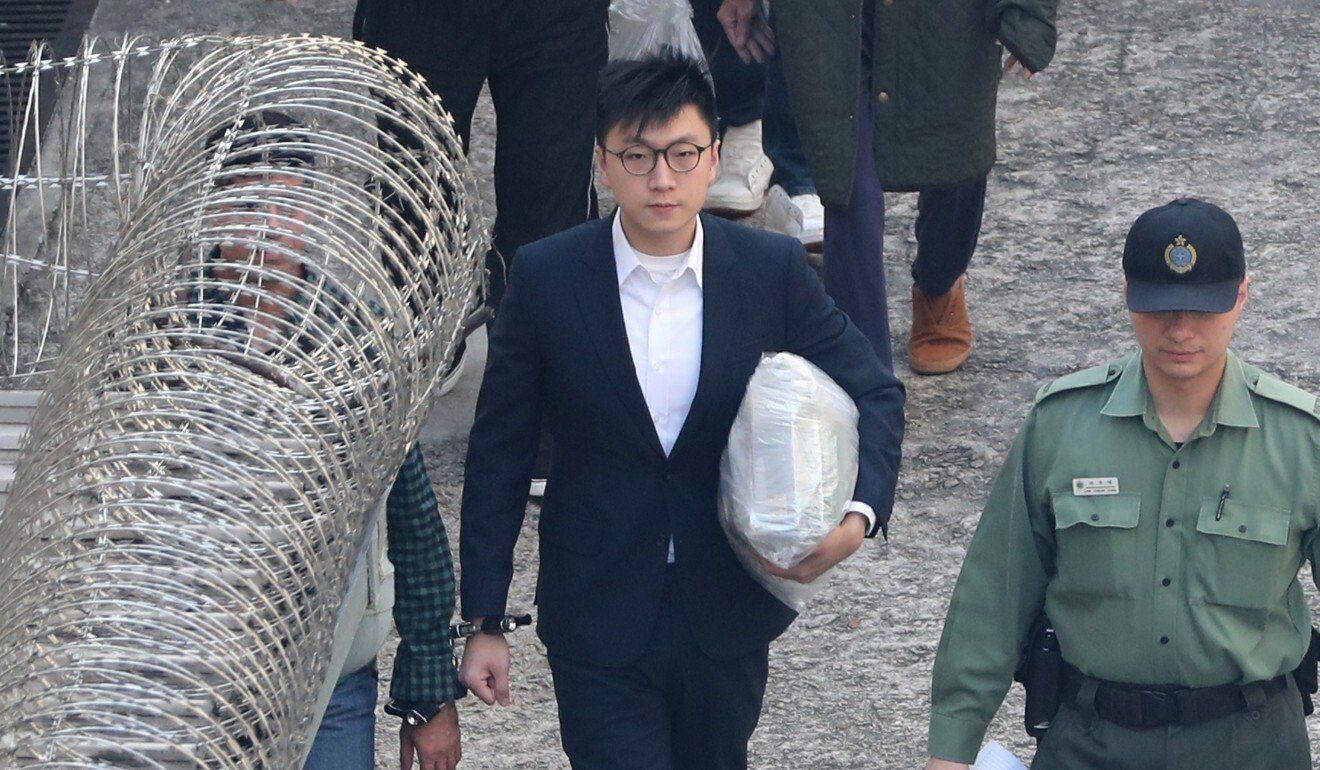 Edward Leung is escorted from the Lai Chi Kok Detention Centre to the High Court in March 2019.

It continued: “The university solemnly reiterates that it is a civic responsibility to be law-abiding, and that it will not tolerate any violation or attempted violation of the law. The university respects the freedom of expression and freedom should come with responsibilities. People should respect the law and understand the consequences of their words and actions.”

Student union president Edy Jeh Tsz-lam said: “The university is overly worried. They raised some concerns. We will assess the risks before deciding the next step. But we do not think the university would call the police to enter the campus to catch people.”

After a meeting on Tuesday night, the student union decided it would go ahead with the film screening as scheduled.

“This is a perennial battle, a war between remembering and forgetting,” it said. “The ‘fishball’ revolution is an integral part of the history of Hong Kong. We shall never be muted and yield to fear.

“It is the union’s mission to educate fellow schoolmates on the history of our motherland. The union expresses its condemnation of the university’s threats and suppression of freedom of speech and academic freedom.”