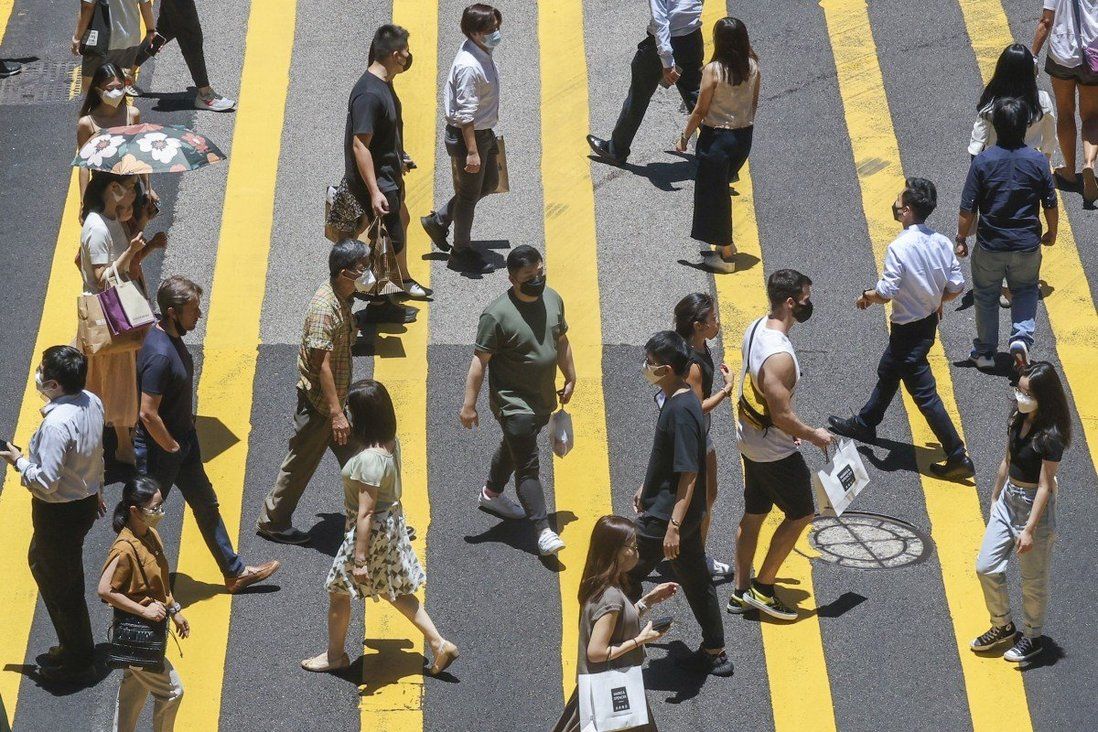 Seasonally adjusted jobless rate for latest rolling three-month period to end of July is down 0.4 percentage points over previous figure.

Hong Kong’s jobless rate has fallen to 4.3 per cent, marking the third consecutive improvement in the labour market, as authorities said the latest round of consumption vouchers was expected to help revive the local economy in the coming months.

According to provisional figures released by the Census and Statistics Department on Wednesday, the seasonally adjusted jobless figure for the latest rolling three-month period to the end of July was down 0.4 percentage points from 4.7 per cent for the April to June span. It was also the lowest level since the city recorded a figure of 3.9 per cent for the three-month period from last November to this January. 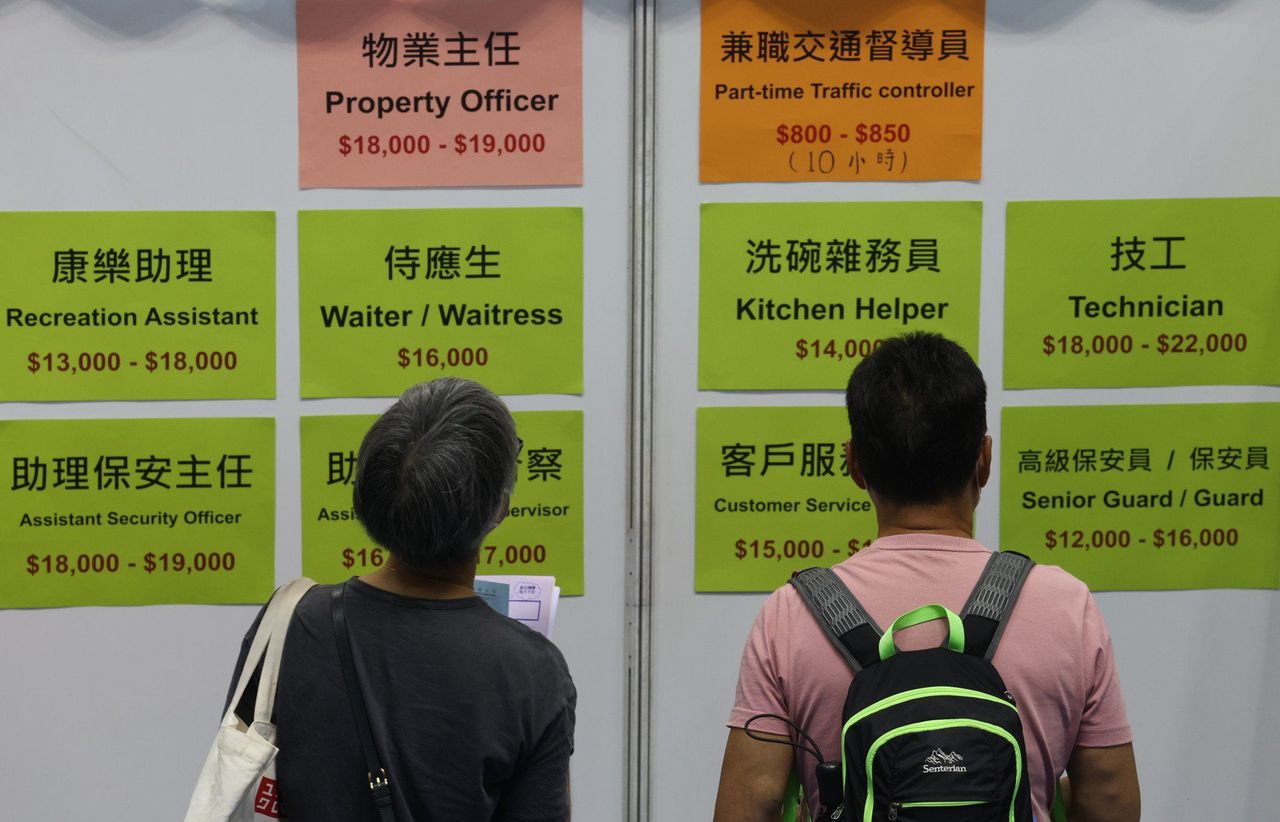 Residents scan job ads at an employment fair organised by the Labour Department.

The underemployment rate also declined by 0.8 percentage points to 2.2 per cent in the May to July period, a sign the city’s job market was on the road to recovery.

Secretary for Labour and Welfare Chris Sun Yuk-han said: “Provided that the local epidemic situation remains under control, with the support from phase two of the consumption voucher scheme, domestic economic activities are expected to revive further in the coming months.

“The labour market should continue to improve, although the extent of the improvement will depend on the pace of economic revival amid the tightened financial conditions. It remains vital for the community to work in unison with the government to keep the epidemic under control.”

The jobless rate for the sectors related to consumption and tourism fell by 0.9 percentage points from the preceding three-month period to 6.5 per cent.

The rate for most other sectors also declined, most notably for ones covering decoration, transport; the arts, entertainment and recreation, and building repair and maintenance, according to data.

Total employment increased by about 21,500 to over 3.59 million in the May-July period.

Simon Lee Siu-po, an honorary fellow at the Asia-Pacific Institute of Business at Chinese University, said the improvement was expected amid the gradual easing of social-distancing measures in the past few months.

“The improvement is largely due to the easing of Covid rules,” Lee said, noting that the jobless rate for the food and drink industry had dropped by 1.6 percentage points to 7 per cent and that the figure for the retail sector fell by 0.3 percentage points to 6.3 per cent. “If the border can reopen sooner, it is possible that the jobless rate could return to below 4 per cent by the fourth quarter.”

But Dr Lee Shu-kam, head of Shue Yan University’s department of economics and finance, was less optimistic in his outlook.

“The government has further revised downward the gross domestic product growth for the whole of 2022. Weak global demand, rising inflation is affecting the economy,” he said, adding that unemployment was a lagging indicator.

He said if normal travel between Hong Kong and mainland China resumed soon, it could help boost Hong Kong’s economy and in turn the job market.

Unionist legislator Lam Chun-sing, of the Federation of Hong Kong and Kowloon Labour Unions, noted the high unemployment rate among young people, with some 17 per cent of those aged between 20 and 29 out of work.

“After the summer holidays, school graduates will soon need to look for jobs,” Lam said, adding that the government should further ease quarantine and social-distancing rules to help boost the economy.

Hong Kong’s economy improved in overall terms in the second quarter of 2022, but at a weaker-than-expected rate, with the real gross domestic product dropping by 1.3 per cent from a year earlier.

The first quarter also saw a year-on-year contraction of 3.9 per cent.