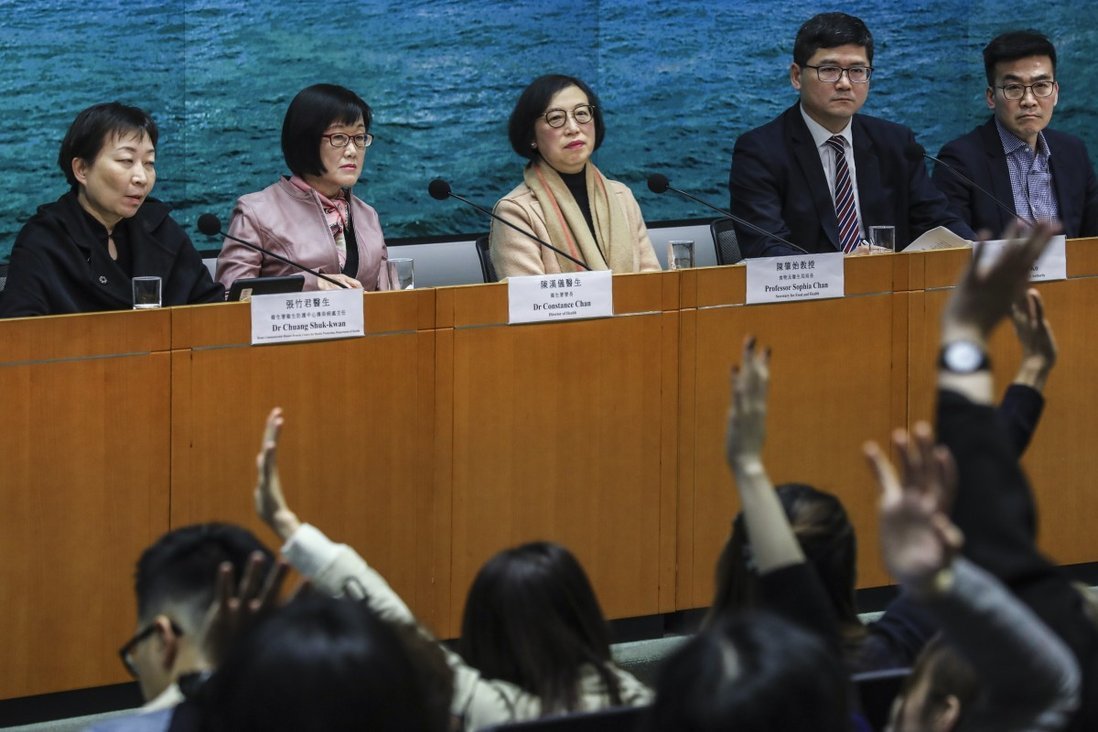 Media groups argued the initial move to go digital, announced on Sunday night, would have allowed officials to duck tough lines of inquiry.

Health officials in Hong Kong on Monday defended their flip-flop over a plan to move the daily Covid-19 press briefing online, saying the latest decision to continue the conference in a physical setting was in response to deep concern from the public.

The original change, announced on Sunday evening, was aimed at implementing social distancing at Department of Health facilities to minimise the risk of infection at media conferences jointly held by the Centre for Health Protection (CHP) and the Hospital Authority.

The move drew sharp condemnation from journalist groups and local media outlets, who alleged it was intended to help officials evade tough lines of inquiry and undermined the public’s right to know.

Authorities then made a U-turn on Monday afternoon, announcing that physical pressers would resume, but be held at the government’s headquarters in Admiralty, a more spacious venue for effective social distancing.

During the briefing at the new site on Monday, Director of Health Constance Chan Hon-yee was grilled by the media over the flip-flop. 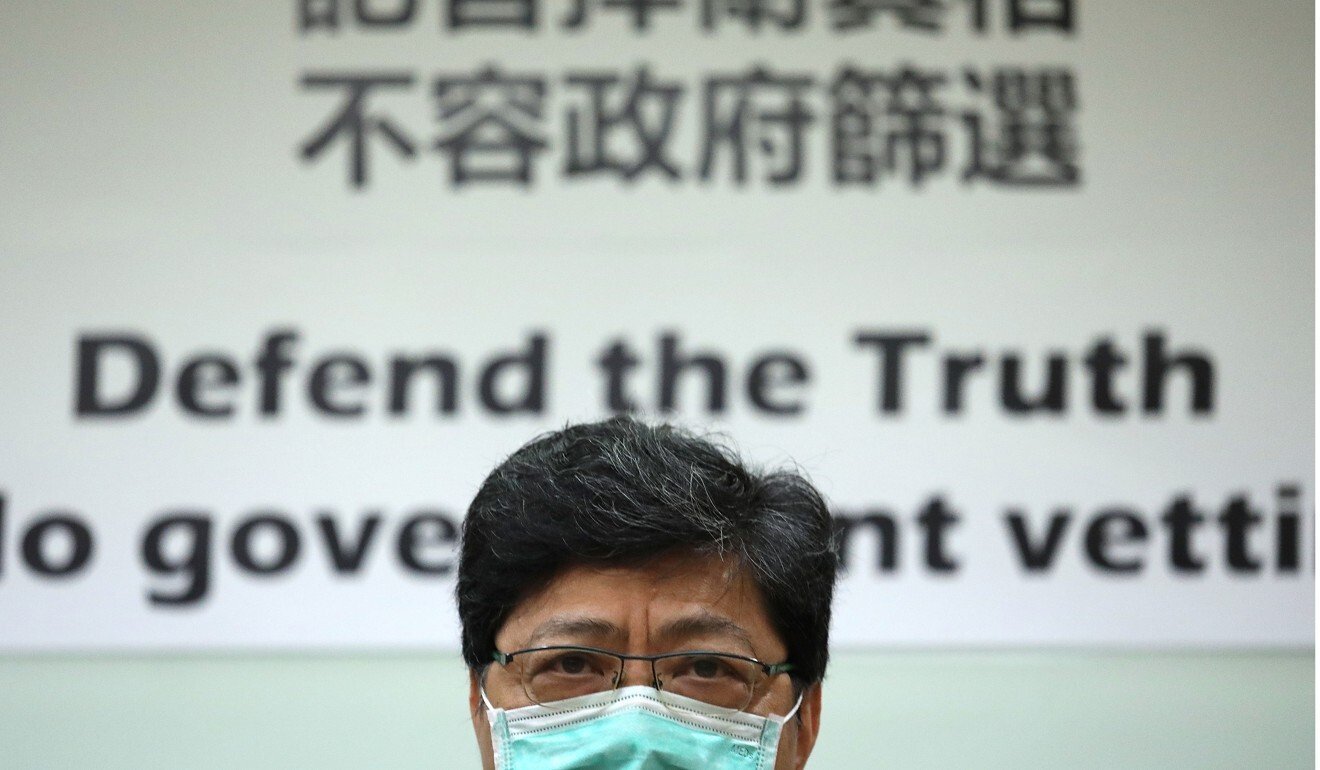 Chris Yeung, chairman of the Hong Kong Journalists’ Association, believes the use of the term ‘Wuhan pneumonia’ by some likely embarrassed the local administration.

She was repeatedly asked and explained four times that the shelved online arrangement was aimed at strengthening social distancing and infection control measures, taking reference from other public bodies such as the Consumer Council.

The move was also prompted by four confirmed coronavirus cases in the CHP building last month, she said. “We heard that everyone was very concerned after the announcement last night [to move the briefings online], and we immediately looked over it again and resumed the on-site arrangement for today’s briefing in response to your requests,” Chan added.

She also suggested that the department could still implement the online practice after resolving some technical issues over voice communication and simultaneous interpretation, but that authorities had yet to conduct an assessment, and the in-person press conferences would continue.

Chan rejected calls by media representatives to apologise, nor did she elaborate on the case of other departments. A government spokesman earlier said there was no plan to take the briefings of other agencies online.

The new rules for the scraped online briefings required media registration to take place an hour before each day’s conference and reporters to send questions in text form, according to the Information Services Department. It also would have eliminated the traditional Q&A session, though the daily sessions would still be streamed live online.

The plan on Sunday night had drawn an immediate outcry.

In a joint statement from seven media groups and outlets including the Hong Kong Journalists Association, and the unions of RTHK, Next Media, Ming Pao and Stand News, journalists expressed concern that the new rules governing the sole official channel for pandemic-related updates would filter out sensitive questions.

Physical press briefings had taken place all year long, even when the number of daily infections had surged above 100 cases, the statement noted.

Given there had been no infections tied to journalists’ attendance, pointing to that risk as the rationale for moving the briefings online without consultation was unreasonable, it said.

“The government can screen out sharp questions with the move. Journalists will also face difficulties posing follow-up questions. This will seriously undermine the public’s right to know and press freedom,” the statement read.

The groups also expressed fears this could lead to other government press briefings making the same move, and that the public would not know what questions reporters had asked.

Association chairperson Chris Yeung Kin-hing suspected the trigger for the change was because some reporters had embarrassed the Hong Kong administration by referring to the coronavirus as “Wuhan pneumonia”, a term US President Donald Trump has used to provoke China and that has sparked backlash against those of Asian descent in some areas of the world.

At the end of Sunday’s press briefing, an ISD officer clarified the virus was properly termed the coronavirus or Covid-19.

In response to the outcry, a government spokesman on Sunday night said authorities had been strictly enforcing various anti-pandemic measures, including social distancing.

“Due to limited room [in the CHP’s risk communication centre ], there will be considerable difficulties to effectively actualise social-distancing measures,” the spokesman said, adding there were a number of confirmed cases in the centre last month, prompting the Department of Health to caution against group gatherings.

The move was also made because technical issues related to video conferencing had finally been resolved, he added.