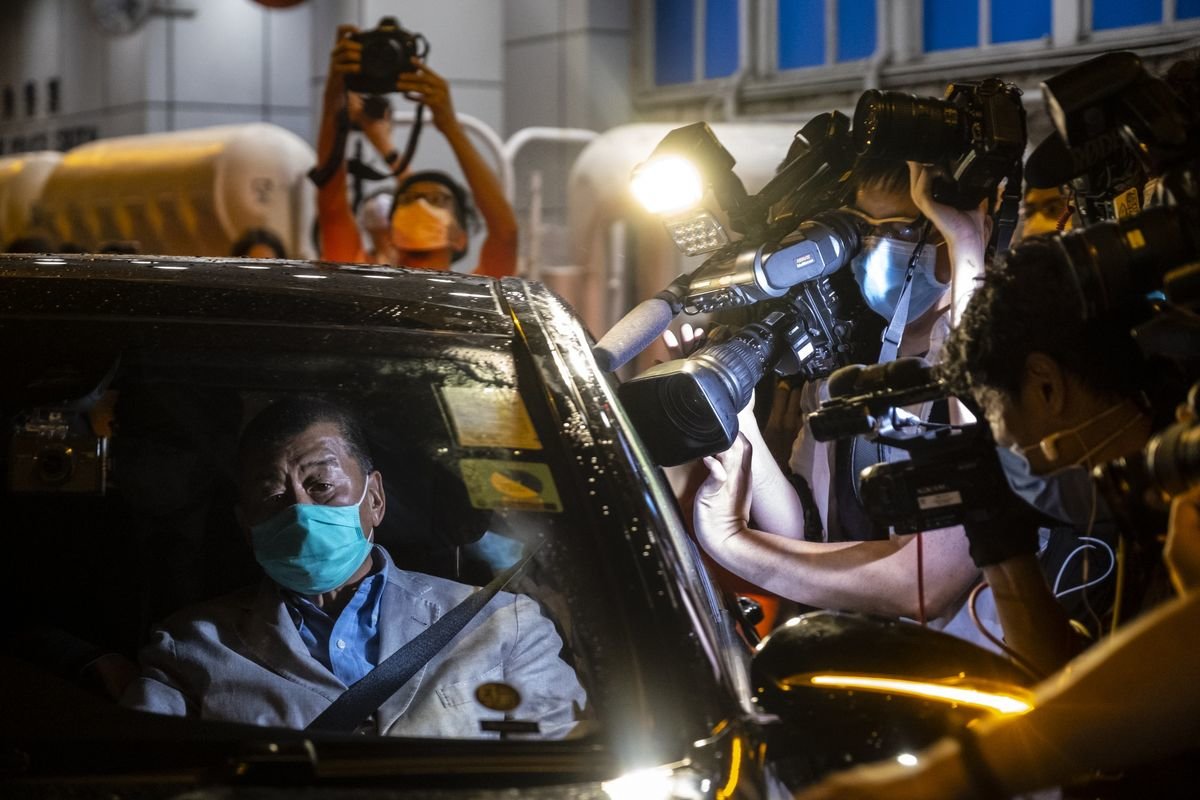 Hong Kong media tycoon and pro-democracy activist Jimmy Lai said his arrest on Monday took him by surprise and that he has been overwhelmed by residents’ subsequent support despite the threat from China’s new national security law.
“I didn’t expect an arrest as quick as this because I thought that China, with such a strong response from the international community, knew that the implementation of the national security law was a blunder,” he said in a live-streamed conversation hosted by his flagship Apple Daily newspaper on Thursday.

“I thought they would keep a low profile to make sure that the international community is comfortable with it, the investors, the businessmen -- to tell the world that the national security law actually now has calmed everything down,” he said.

Lai said he was touched by Hong Kong residents who have supported freedom of the press by this week buying up both copies of the popular pro-democracy newspaper and shares of his media company, Next Digital Ltd. which helped boost the stock price by as much as 1,100%.

“I was really overwhelmed by the emotion of the city -- people were obviously very angry about my arrest and came out in different ways to support us,” he said. “The oxygen is getting thin and we are all choking. But when we’re choking, we’re still taking care of each other, and keep resisting and keep fighting for our rule of law and freedom.”

Lai’s arrest is the highest-profile in Hong Kong under the national security legislation, imposed on the city by China in June. It so far has been used to arrest 21 people.

Some 200 police officers on Monday raided the headquarters of the Apple Daily, which supported Hong Kong’s historic protest movement last year. Scenes of officers walking through the newsroom shocked a city where freedom of the press has long been guaranteed, and which is home to many global media organizations.

Beijing retaliated with sanctions on some U.S. officials and human rights activists. Secretary of State Michael Pompeo, speaking to U.S. outlet Newsmax TV this week, promised to hit back over Lai’s arrest.
Not Afraid

Lai said Thursday that the police who arrested him all seemed to be local Hong Kong officers and that, for the moment, he wasn’t afraid of being spirited away to the mainland for a trial in courts controlled by the Communist Party. He said that could change if Beijing was convinced he had seriously endangered national security.

But he also made conciliatory remarks, arguing that the world should be friendly toward China. He said the West’s confrontation with Beijing was a result of Chinese leaders pursuing an agenda that was in conflict with global norms, and the world wouldn’t have peace until China realized that and changed its behavior.

“The world doesn’t want to confront China because they’re so big -- confrontation every time with China will have such a negative impact on the world,” Lai said.

“The world just wants to change China’s behavior, and attitude toward the international community, because they’re using the kind of values which are in conflict with the world’s civilized values,” he added. “If we don’t change them, the world will not have peace. And that’s why today people are talking about the ‘new Cold War.’”
Add Comment