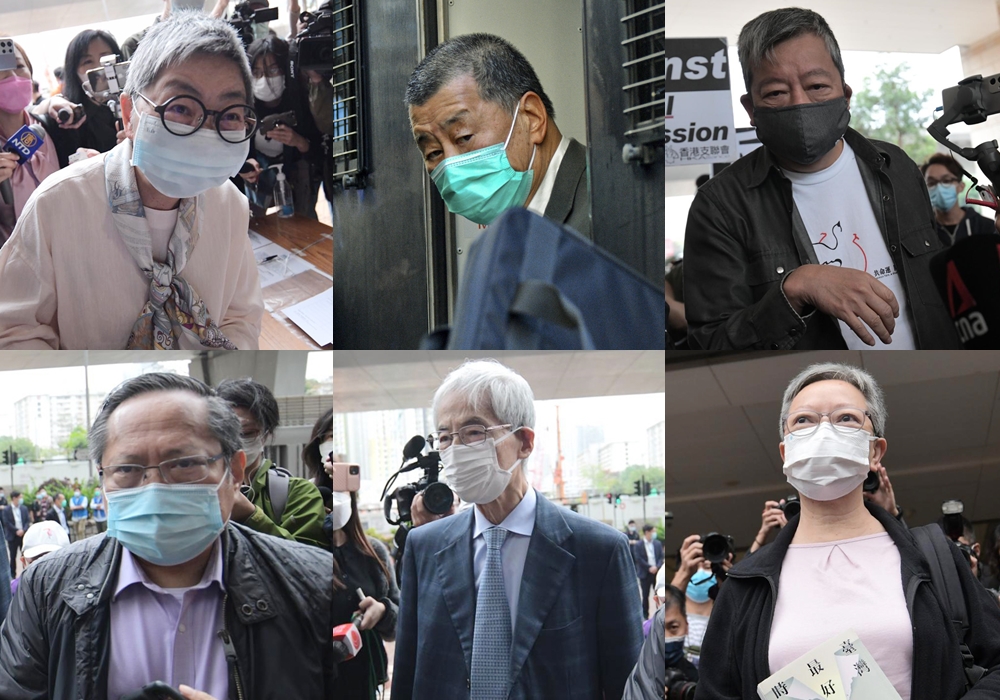 Hong Kong media tycoon Jimmy Lai was sentenced to 14 months in prison while nine other activists received jail time or suspended sentences on Friday for taking part in unauthorized assemblies during mass pro-democracy protests in 2019.
Senior barrister Martin Lee, who helped launch the city's largest opposition Democratic Party in the 1990s and is often called the former British colony's "father of democracy," was given an 11-month suspended sentence.

It was the first time that Lai, one of Hong Kong's most prominent democratic activists, who has been in jail since December after being denied bail in a separate national security trial, received a prison sentence.

Lai was found guilty in two separate trials earlier in April for illegal assemblies on August 18 and August 31 2019, respectively.

District Court Judge Amanda Woodcock said even though the August 18 assembly was peaceful there was a "latent risk of possible violence" and that a deterrent sentence and "immediate imprisonment" was appropriate.

Lai's repeated arrests have drawn criticism from Western governments and international rights groups, who raised concerns over waning freedoms in the global financial hub, including freedom of speech and assembly.

Lee Cheuk-yan, Albert Ho and Ng have also been given a 12-month jail term, with Ho and Ng on probation for two years.

Leung, Au, and Cyd Ho have been sentenced to jail for 18 months, 10 months, and 8 months respectively.

Former lawmaker Leung Yiu-chung has also been sentenced to 8 months in jail, on probation for 1 year.

In Ng mitigation speech, she said the law must not only be defended in courts or the legislature, but also in the streets.

"When the people, in the last resort, had to give collective expression to their anguish and urge the government to respond, protected only by their expectation that the government will respect their rights, I must be prepared to stand with them, stand by them and stand up for them," she said.

In the second trial, Lai and Lee Cheuk-yan were found guilty together with Yeung Sum, who received a suspended sentence. All three had pleaded guilty.

Lai attended two other court mentions on Friday, in the ongoing trial where he is charged with collusion with a foreign country and a fraud case related to the lease of the building which houses Apple Daily.

Prosecutors said he will face two additional charges of conspiracy to collude with foreign forces and conspiracy to obstruct the course of justice.

Earlier this week, the tabloid published a hand-written letter Lai sent to his colleagues from prison, saying: "It is our responsibility as journalists to seek justice. As long as we ... do not let evil get its way through us, we are fulfilling our responsibility."

It is "time for us to stand tall," he wrote.
Add Comment