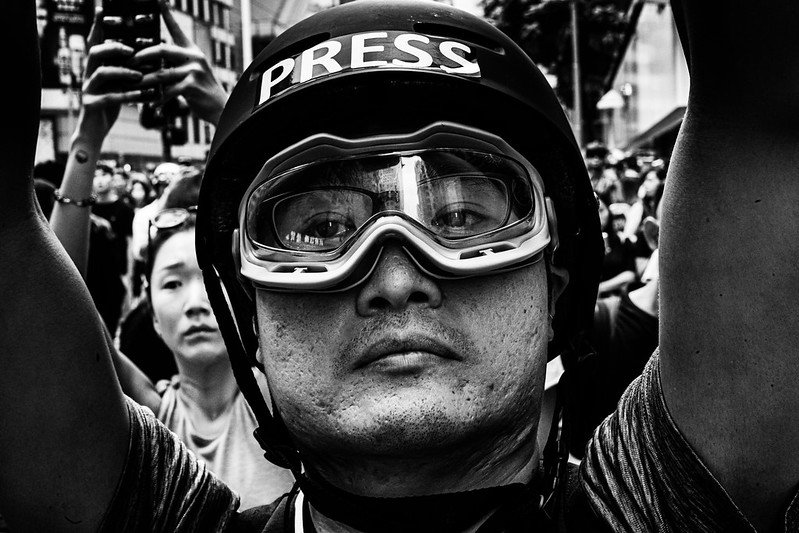 Hong Kong Two Years After the Mass Protests: What’s Next?

In 2019, millions of Hong Kong citizens took to the streets to protest a proposed bill that would allow Hong Kong authorities to extradite suspected criminals to mainland China. The protests soon developed into a movement, demanding full universal suffrage, amnesty of arrested protestors, and an independent inquiry to investigate police brutality.

Known as the Anti-Extradition Law Amendment Bill (Anti-ELAB) Movement, this led to a landslide victory of the Pro-democracy camp in the District Council Election, held in November the same year. The outcomes sent shockwaves through the political sector, as 17 out of 18 districts flipped from “Pro-Beijing” to “Pro-Democracy”.

While the 2019 social unrest clearly signaled a growing faith in democracy among Hong Kong’s citizens, the city-state has suffered more in repression than it has gained in freedom.

What has happened in Hong Kong since 2019, and can Hong Kong’s democracy be saved?

Aftermath of the 2019 uprisings: the new security law

The success of the pro-democracy camp in the 2019 election sent a clear message to the local government, to the mainland authorities and to the rest of the world: the citizens of Hong Kong want democracy.

Immediately after the announcement of the results, Hong Kong’s Chief Executive, Carrie Lam, said that she would “listen humbly” to the voters’ demand . While this raised hope for democratization on the territory, the optimism was short-lived. As the corona crisis escalated in January 2020 the large-scale protests were put on a pause. In the meantime, the Beijing authorities used a backdoor in Hong Kong’s mini constitution, the Basic Law, to pass a highly controversial security law on Hong Kong, putting Hong Kong’s democratic development to an end.

The new security law implemented 30 June 2020, criminalizes any act that is perceived to “endanger the national security”. The law contains loosely worded terms, and “endangering the national security” can mean anything, including posting on social media, and attending peaceful protests. Since the implementation of the law, more than one hundred opposition figures, including activists, politicians, journalists and students have been arrested.

One of the biggest blows was in November 2020, when Beijing granted Hong Kong’s mainland-friendly authorities the power to expel lawmakers for not being “loyal” to the Chinese authorities. In January 2021, 53 activists and former law makers were arrested for organizing an unofficial election, due to the postponement of the legislative election that was supposed to be held in September 2020. Earlier this year, Beijing made new changes to the electoral system, ensuring that only Beijing-loyal “patriots” can end up in positions of power

Over the past year, books have been removed from libraries, web sites have been blocked from public access and protest marches have been banned. However, one large opposition figure refused to back down: the newspaper Apple Daily.

The newspaper, named after the Bible’s forbidden fruit, has been one of few remaining figures of Hong Kong’s pro-democracy movement. On 1 July 2020, the day after the National Security Law came into effect, Apple Daily was the only newspaper to run a front page opposing the new law, using the headline “The enactment of draconian law signifies the end of Two Systems”.

A couple months later the newspaper’s leader, Jimmy Lai, and a handful of other journalists were arrested. Despite these arrests, the paper refused to back down. If anything, it rather doubled down, and continued to openly criticize the Chinese government and accuse the police of abusing their power. When protest marches were outlawed, buying Apple Daily became one of the permitted acts of resistance.

Apple Daily had managed to survive the arrests of its leader and chief editor, and for some time it seemed the paper was going to survive. However, on 17 June 2021, days before the paper’s 26th anniversary, the government froze Apple Daily’s bank accounts. The newspaper’s headquarters were raided by 500 police officers, arresting five executives of the newspaper. Six days later, Apple Daily announced closure. Overnight, the entire archive and the paper disappeared from the Internet, and 26 years of journalism were wiped out. Hong Kong’s loudest and clearest remaining voice for democracy and press freedom was thereby shut down, marking the beginning of a new era for Hong Kong.

During the British handover in 1997, Beijing promised it would give Hong Kong fifty years to keep its capitalist system and enjoy considerable freedoms, as stated in the Sino-British Joint Declaration of 1984 . However, these promises are clearly fading, and Hong Kong is instead experiencing political strangulation. Apparently, China’s Central Government will not give Hong Kong the freedoms it was guaranteed under the British handover, and the implementation of a fully-fledged democracy seems very unlikely.

Internationally, there have been various responses to the new security law. The UK has offered residency and citizenship to Hong Kong citizens born before the handover in 1997. The US has implemented several sanctions which penalize banks that do business with Chinese officials, and the European Parliament passed a non-binding resolution, calling for EU member states to adopt “sanctions and asset freezes against Chinese officials responsible for devising and implementing policies that violate human rights”. However, China does not easily back down in the face of international pressure, and there is no sign that China will loosen its grip on Hong Kong.

This does not mean that the international society should do nothing. Even if it can’t save Hong Kong, it should at least keep the spirit of freedom alive. As the “City of Protests” is being forced to silence, the rest of the world should continue to tell the story about Hong Kong, that Hongkongers are no longer allowed to tell. This is clearly stated in Apple Daily’s final farewell on 24 June 2021:

“We hope that even though this platform [will] no longer be around, that journalists continue to pursue the truth. Thanks again to all for your support. To the people of Hong Kong, stay strong. May we meet down the road. Goodbye.”