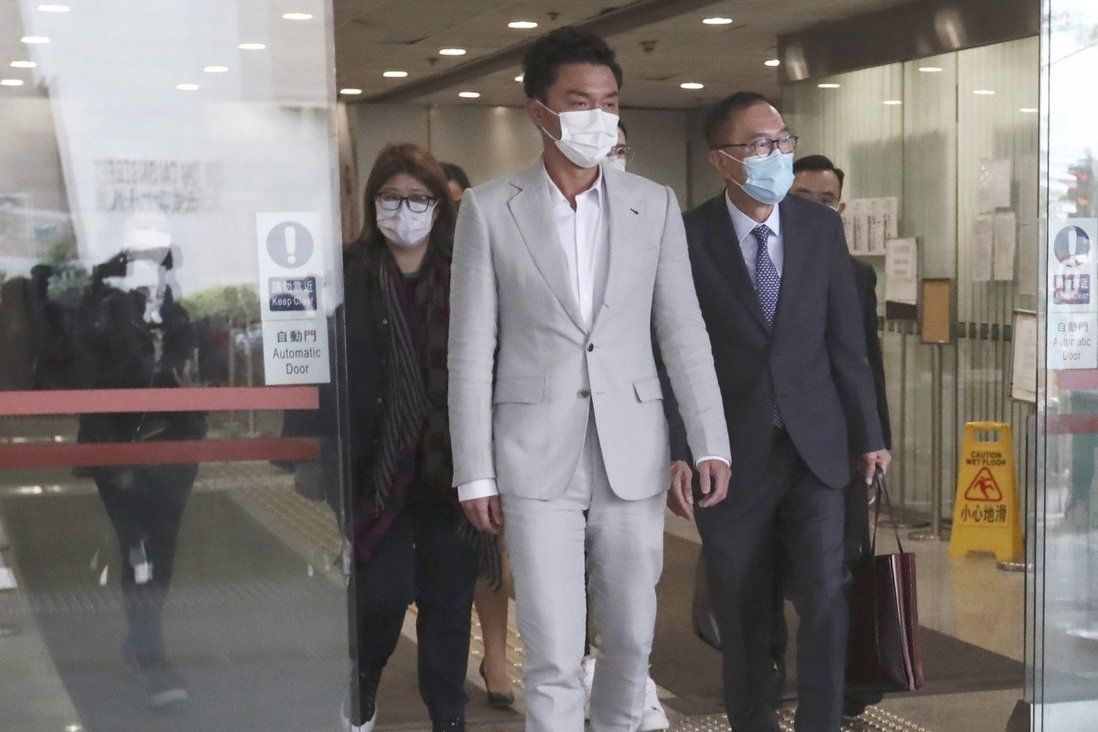 Defence counsel acknowledges the star was misled into thinking he would avoid jail time if he pleaded guilty to the charges.

Hong Kong television star Mat Yeung Ming has won a last-minute bid for freedom after a magistrate decided to remand him in custody over two driving offences, only to later allow him to reverse his guilty plea on the grounds that he had received “improper” legal advice.

A prominent criminal lawyer representing Yeung told Eastern Court on Wednesday the 40-year-old TVB star had admitted criminal liability in an August 8 crash in the Mid-Levels because he was misled into thinking he would be spared jail.

“We have inadvertently misled him into believing that he would not be sentenced to a term of imprisonment or remanded in custody for the offences,” said Cheng Huan SC, on behalf of his instructing solicitors.

The acknowledgement came just moments after the presiding magistrate had ordered Yeung to spend three weeks in jail ahead of sentencing.

Yeung, whose real name is Lam Ming-lok, had previously pleaded guilty to careless driving and illegal window tinting, but denied failing to provide a blood sample.

In the trial earlier this month, the court heard Yeung crashed his black Mercedes-Benz into a road sign on Magazine Gap Road in the early hours of the day in question. The car plunged 20 metres down the hill, and a “mentally absent-minded” Yeung was later carried out of the vehicle by two policemen.

Magistrate Daniel Tang Siu-hung on Wednesday ruled in favour of Yeung with regards to the third charge, finding him to have been in a “confused” state of mind after the accident and unable to heed police warnings about refusing an alcohol test.

But Tang revoked Yeung’s bail ahead of sentencing him on the two remaining charges, noting that the actor was so drunk and mentally unstable on the night in question that he had to be put in a straitjacket in hospital for medical examination.

The magistrate asked Cheng whether, given his client’s level of intoxication, his actions that night had been “the worst case of careless driving”.

In reply, Cheng acknowledged his client had been under the influence of alcohol, but said the court had insufficient evidence as to how drunk he was. The lawyer urged the court to consider imposing a fine rather than jail time on the basis that the accident had resulted in no casualties.

Tang, however, rejected that submission, saying the fact that “no one was injured is just because he was so fortunate”.

The magistrate also noted Yeung had a number of past convictions, most of them traffic-related, including for drink-driving, speeding and using a mobile phone while behind the wheel.

Just as Yeung was about to be taken away by prison officers on Wednesday, Cheng asked the magistrate to allow his client to reverse his guilty plea on the two charges in an apparent attempt to secure his release.

Tang accepted the request, saying the defendant had been given the wrong impression by his lawyers that he would not end up in jail for careless driving if he pleaded guilty.

“The defendant’s plea of guilty is not unequivocal. I allow the defendant to reverse his plea … He is now free to go,” the magistrate added.

Yeung did not respond to questions from the press as he left the court with his girlfriend, actress Lisa Ch’ng.

Yeung will now stand a second trial on the two charges on May 11 at the same court before a different magistrate. Cheng said his legal team would not be representing Yeung in the future proceedings.

Careless driving and unlawfully reducing the visibility of car windows are both punishable by six months behind bars and a fine.