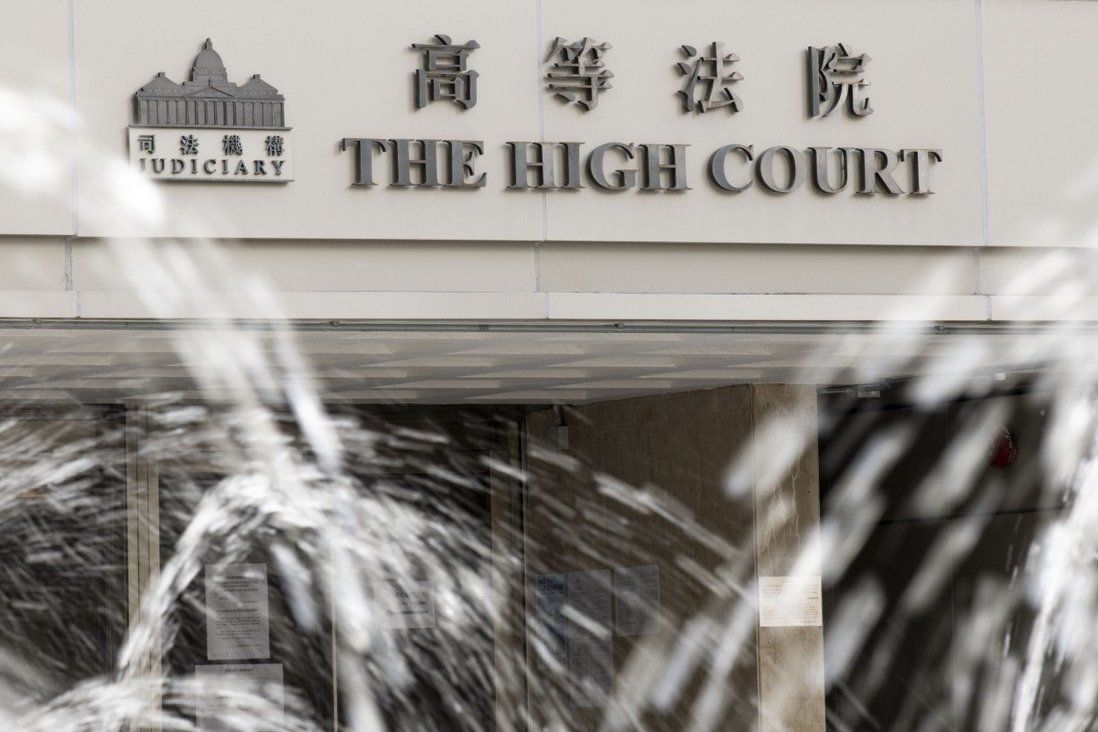 The court heard Stephen So, 31, hired two 18-year-olds in a conspiracy to kill a former flight attendant following a dispute over money.

A Hong Kong private tutor could face life in jail after a jury found him guilty of orchestrating a failed plot to murder a former flight attendant and dismissed his assertion that he was producing a crime movie with the firearms found in his possession.

Stephen So Hon-to, 31, stood a 1½-month trial in the High Court alongside co-defendant David Su on two charges stemming from a 2018 incident in which police seized three pistols and 948 live rounds found in numerous residential flats.

The court heard So recruited Su and Chak Wing-sze, both 18 and jobless at the time, in a conspiracy to kill former flight attendant Terence Lam Ching-fung following a dispute over money, but police had arrested the trio before their plan could come to fruition.

A jury comprising six men and one woman convicted So on Monday of conspiracies to murder and possess firearms and ammunition without a licence, following more than four hours of close-door deliberations.

The panel cleared Su of both charges, but the 21-year-old was immediately escorted back to jail after the hearing, as he was awaiting trial for a separate case related to an alleged conspiracy to kill police officers during the 2019 anti-government protests.

During the trial for the failed murder plot, So testified that he was an assistant for former spokesman of localist political group Hong Kong Indigenous, Edward Leung Tin-kei, when the latter lost in a 2016 by-election for the Legislative Council.

Once a vocal advocate for Hong Kong independence, Leung was jailed in 2018 for six years for rioting and assaulting a police officer in February 2016. He was released from jail in January this year after serving four years behind bars.

Apart from his involvement in politics, the tutor said he also published web fiction and managed a Facebook page to sell protest equipment, such as helmets and tactical gloves, in the hope that people could defend themselves in future demonstrations.

The prosecutor’s case relied substantially on the evidence provided by Chak, who was granted immunity from the two charges provided that she testify against the pair.

Now 21, Chak pleaded guilty before the trial to two counts of unlicensed possession of firearms and ammunition for keeping a pistol and 49 live rounds.

The court heard the three came to know each other online as war game enthusiasts. Meanwhile, So met Lam in late 2017 via social media and was invited by the latter to invest in a tactical gear enterprise in China.

Chak said So had asked her on multiple occasions to follow Lam, who he called by the nickname “hobbit”, as Lam had “swindled” and “betrayed” him.

She said the two defendants first plotted to murder Lam with a saw in Tai Wo Hau in December 2018, but the plan fell through after she forgot to bring all the items required to carry out the scheme.

So later took Chak to two abandoned village schools in Tai Po to test the firearms, and instructed her to purchase explosive substances in case they decided to kill Lam with handmade bombs.

Police picked up the two men on New Year’s Eve. Chak was arrested the next day.

So told officers he had planned to produce a crime movie about a man who assassinated three senior government officials on New Year’s Day, but gave up as he could not find a suitable place to make the film.

He insisted he had no plans to kill Lam, but his claim was refuted by the jury.

Lam, the ex-aviation worker, was jailed for four years last October on two counts of unlicensed possession of firearms and ammunition, after he admitted keeping three rifles, a handgun, a stun gun and 101 cartridges in January 2019.

Madam Justice Susana D’Almada Remedios will pass sentences for So and Chak on Wednesday.

Conspiracy to murder is punishable by life imprisonment, while offences related to unlicensed possession of firearms and ammunition carry a maximum jail sentence of 14 years.

The tutor’s case was among those allowed to proceed on Monday despite the judiciary announcing last Friday to adjourn all hearings between March 7 and April 11 in light of the latest pandemic situation.