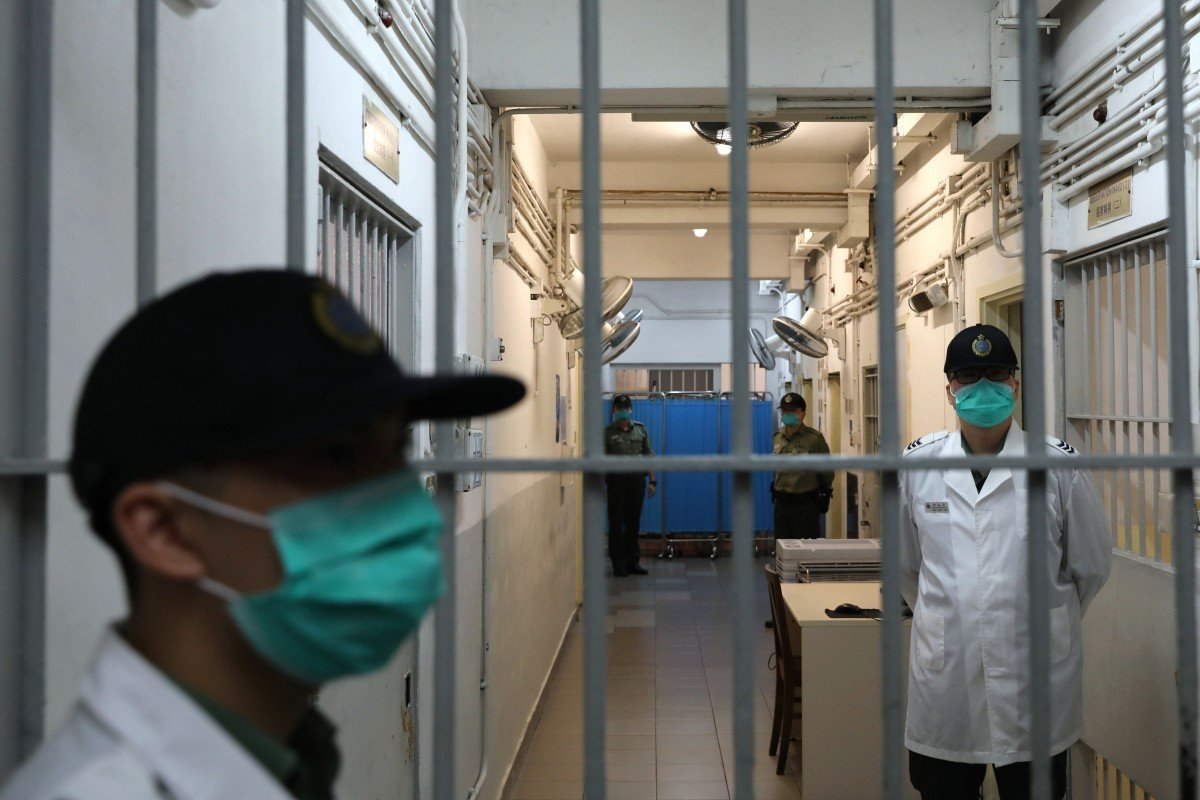 Hong Kong to test more than 7,000 inmates after two detainees among 21 new cases

Four facilities will have to put their populations into quarantine following the discovery, senior health official says.

Hong Kong will test more than 7,000 inmates for the coronavirus after two detainees were among 21 new cases confirmed on Sunday, undertaking a complex logistical challenge that will require quarantining at four facilities where the men stayed.

The pledge came as a leading health adviser said the government had placed enough orders with the Covid-19 vaccine programme managed by the World Health Organisation to cover about a third of the city’s population, with high-risk groups to receive the first doses.

Five of the latest cases were discovered through the government-led mass screening effort, which has tested 864,000 people and drawn 1.08 million residents to register. But separately two inmates were revealed as carrying the coronavirus, raising the risk of the disease spreading through prisons.

“We are very worried about the situation as prisoners are in relatively cramped conditions, so we have contacted the Security Bureau and will test more than 7,000 inmates in Hong Kong,” said Dr Chuang Shuk-kwan, head of the Centre for Health Protection’s communicable disease branch.

Under the current policy, everyone newly admitted into correctional services facilities is tested and undergoes quarantine for 21 days before being placed in cells.

The four affected facilities are Pik Uk Prison in Sai Kung, Lai Chi Kok Reception Centre, Siu Lam Psychiatric Centre and Castle Peak Bay Immigration Centre. Chuang said all inmates would have to be quarantined on site, or if that proved unfeasible, moved to other correctional institutions for isolation.

The question of whether to test the entire prison population gained greater immediacy last month after a Thai national who had overstayed his visa was confirmed positive at the Castle Peak Bay facility. The government responded with plans to screen 500 staff and detainees, but Chuang said at the time officials were worried about a further spread of the virus, pointing to outbreaks in prisons overseas.

A lawyer who had visited inmates at the Lai Chi Kok facility and a staff member also previously tested positive for the disease. 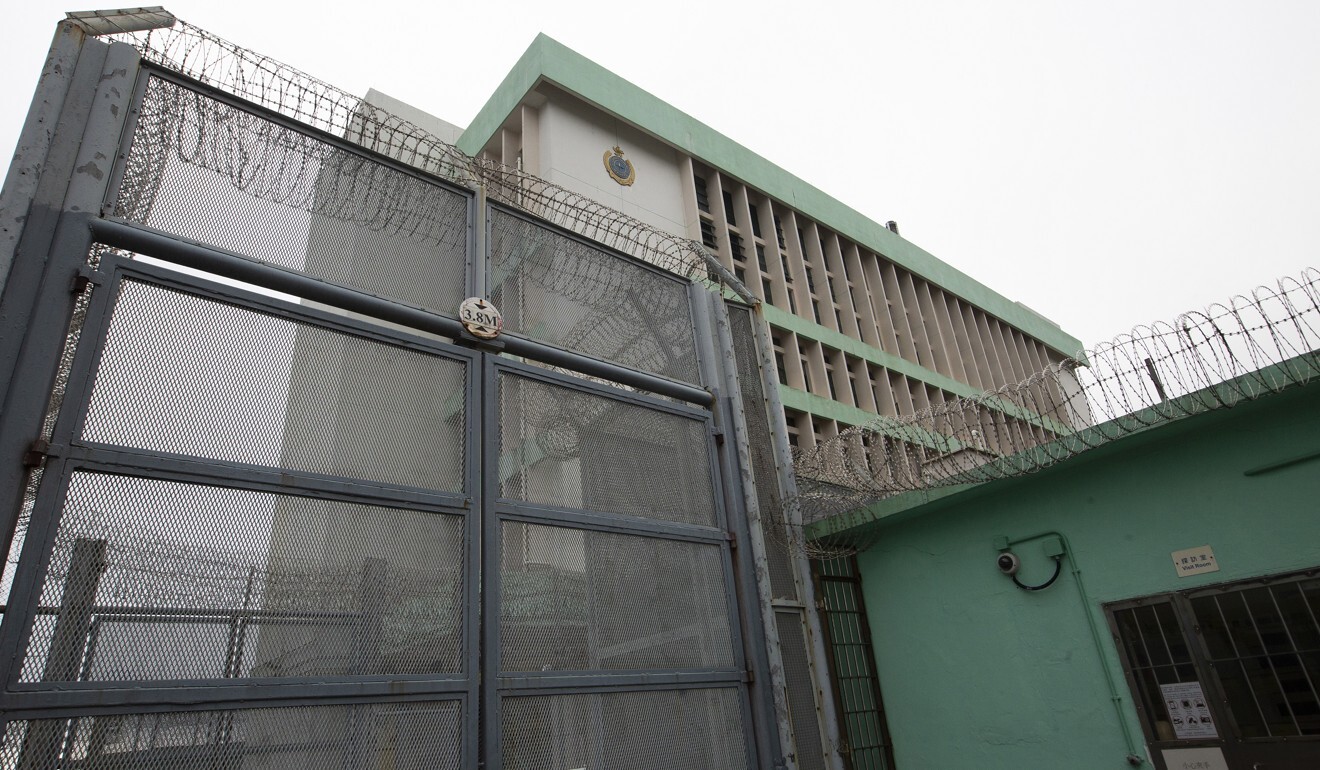 One inmate was also detained at Pik Uk Prison, where he worked in the laundry service for the Hospital Authority.

Nations around the world have largely avoided blanket testing of prison populations, with some American states and Canadian provinces, for example, carrying out screening only after an outbreak.

The two inmates were held at different times at Lai Chi Kok Reception Centre, but Chuang did not suspect the cases were linked, as one was released before the other was admitted.

One inmate was also detained at Pik Uk Prison, where he worked in the laundry service for the Hospital Authority, and is currently being held at Castle Peak Bay Immigration Centre.

Chuang said it was not likely he became infected through contact with laundry carrying the virus, while Dr Linda Yu Wai-ling, a chief manager at the authority, said the prisoners only handled general linens.

The second inmate, a 54-year-old man who tested preliminary positive on Saturday, was previously detained at Siu Lam Psychiatric Centre, where health authorities had already handed out specimen collection bottles.

Four of the latest cases were untraced, while six were imported – from the United States, Spain, Russia, India, Pakistan and the Philippines. The new infections bring Hong Kong’s coronavirus case tally to 4,878, while three more people succumbed to the disease on Sunday, taking the number of deaths to 97.

Health authorities would continue to monitor the fluctuations in the daily caseload after seven cases were recorded on Saturday to determine whether there was an upward trend, Chuang said.

“We have 21 cases today and five are a result of the universal community testing, which explains a bit but not all the cases,” she said. “We will have to observe day by day to see if there is an increasing trend or not.”

Government adviser Professor David Hui Shu-cheong said the Department of Health had placed a deposit on August 31 for vaccines developed by Oxford University through the World Health Organisation’s Covax initiative for equitable distribution. The first round would cover 35 per cent of residents belonging to the city’s high-risk groups, he said.

The WHO previously said it knew of at least six to nine candidates that had reached an advanced stage in the testing process. The one being developed by Oxford is currently in the clinical trial phase. Governments were able to make early bookings for vaccines in development through Covax, and Hui said the order deadline was the end of August.

“The elderly, people with long-term illness and frontline health workers will have priority because you need to protect the health system first,” Hui said after a radio show. “I believe the goal is to vaccinate the whole city, but it is likely that people will have to receive two doses for the antibodies to last.”

Local authorities would seek vaccines for the remaining 65 per cent of Hongkongers by buying from three other manufacturers, but Hui said he did not know the companies involved. 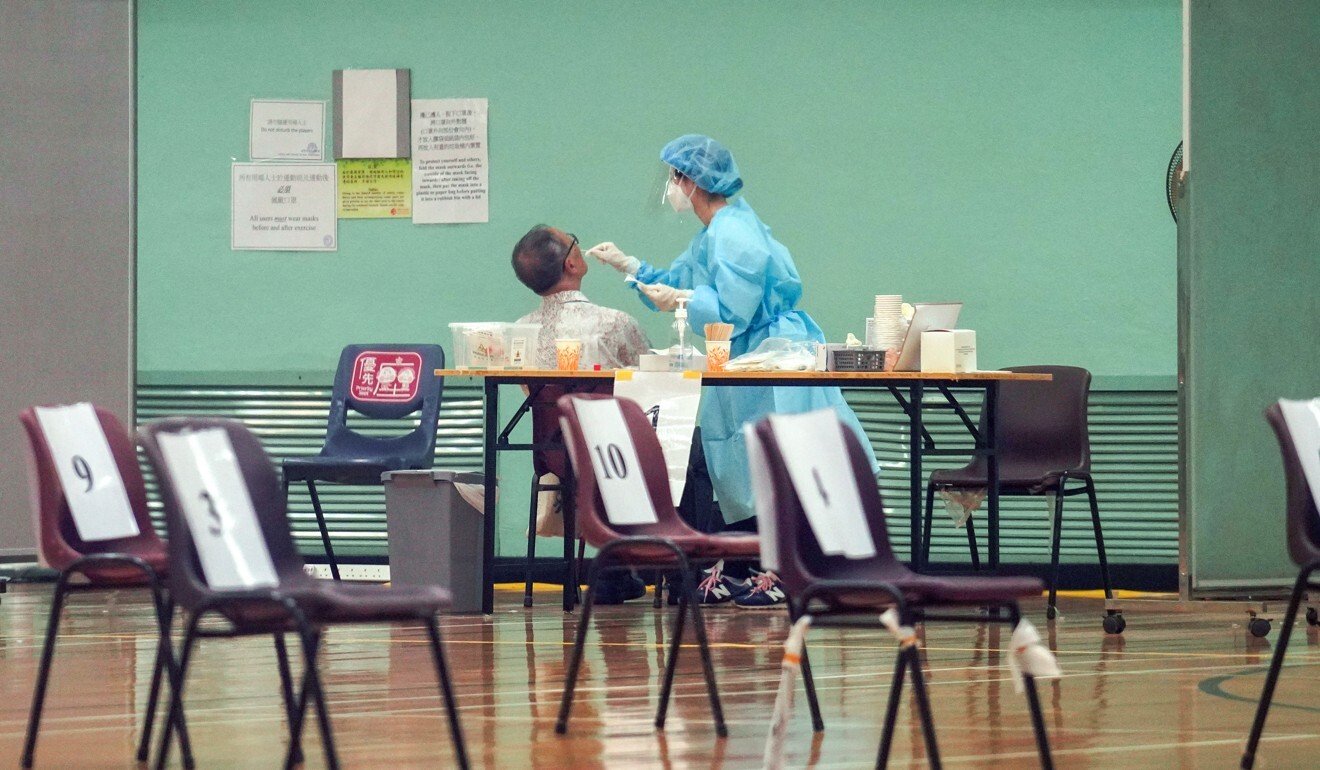 A medical worker takes a swab from a participant of the mass testing scheme in To Kwa Wan.

Health minister Professor Sophia Chan Siu-chee again stressed the mass testing scheme would help weed out hidden carriers in the community, while the data would be used in devising future virus prevention measures.

“We will not only look at the final number of people tested through the scheme but will also take into account the results from targeted testing of at-risk groups,” she said. “This data will give us a better idea of which areas are at higher risk and the proportion of asymptomatic people.”

Chan said health experts had warned another wave of infections should be expected in winter, and the data would also help keep it under control.

Authorities have received 186 complaints from people whose identities had been used to falsely register for the mass screening programme, with 103 cases under investigation.