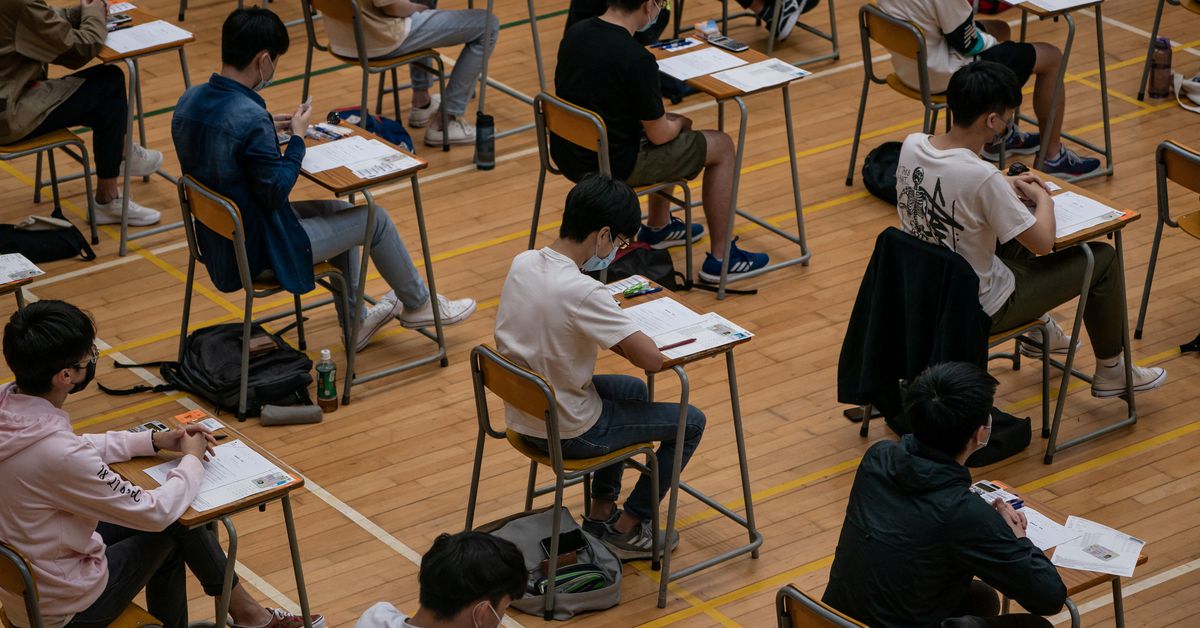 Hong Kong will suspend face-to-face teaching in secondary schools from Monday until after the approaching Lunar New Year, authorities said, because of a rising number of coronavirus infections in several schools in the Chinese-ruled territory.
The government halted classes in primary schools and kindergartens early this month, and imposed curbs, such as a ban on restaurant dining after 6 p.m. and the closure of venues such as gyms, cinemas and beauty salons.

Schools will stay shut until Feb 7, after the Lunar New Year Holidays, the government said on Thursday. While sixth formers preparing for exams may have some face-to-face classes, all other levels must cancel or postpone exams and activities.

"The epidemic situation has become more severe in recent days," the city's education bureau said in a statement. "There have been many confirmed cases of unknown origin."

The stringent measures return the Asian financial hub to the situation that existed after it first took such steps in 2020.

Hong Kong has followed mainland China's route of zero-tolerance of local COVID-19 cases, despite its increasingly disruptive and inconvenient effects at a time when the rest of the world is shifting towards living with the virus.

This year there have been dozens of cases of the fast-spreading Omicron variant within the community after the first local transmission recorded at the end of December.

Health authorities said there had also been transmissions of the Delta variant, not seen for many months. Officials have pointed to growing clusters, including one from a pet store, as presenting a high risk.

Cases in schools of confirmed, or preliminarily confirmed infections, meant that teachers and students need to be tested and quarantined, the education bureau said.

Until the end of December, Hong Kong had no local transmissions for more than three months.

In a push to boost the city's vaccination rate of about 70%, the government has said children aged five to eleven can get vaccines from China's Sinovac from Friday.