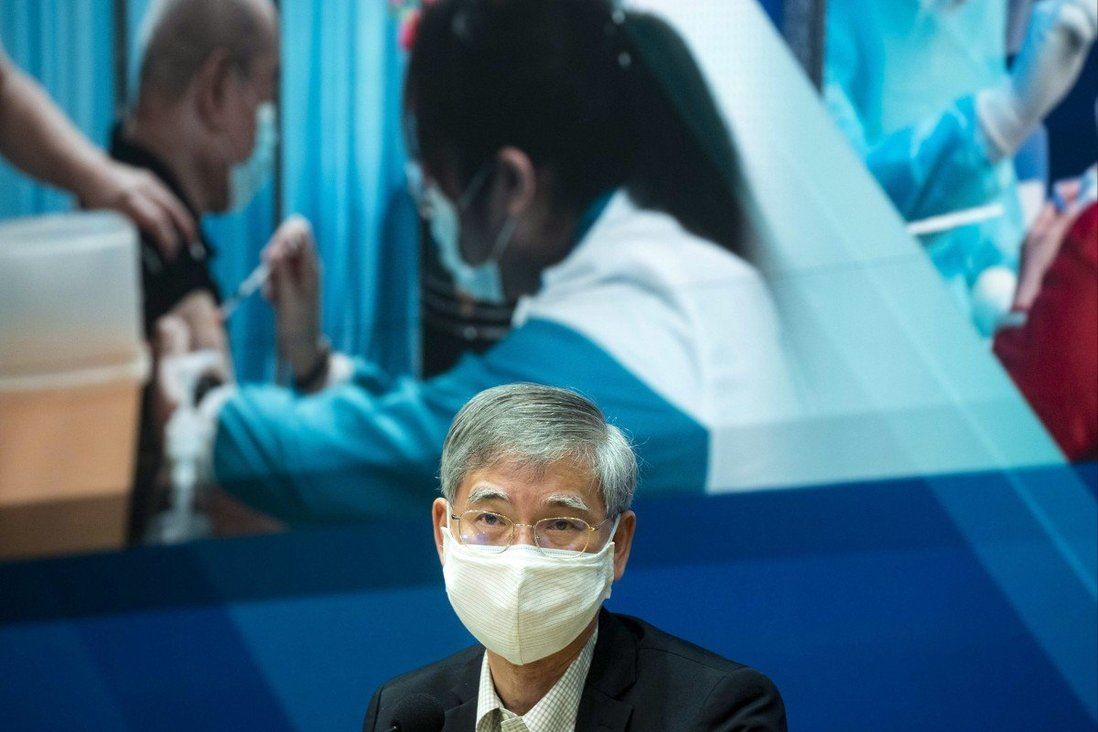 The operation of Hong Kong’s care homes, hit hard by Covid-19 in the latest wave of infections, will be reviewed to ensure future outbreaks of the coronavirus can be handled quickly, the welfare minister has said.

Secretary for Labour and Welfare Law Chi-kwong revealed the move as the city’s infection figures continued to fall, with Saturday’s 8,841 new cases the first time in a month the daily caseload was under five digits. Another 140 virus-related deaths were recorded in the previous 24 hours, the lowest since February 28.

Most of the 6,888 people who died during the fifth wave of infections were elderly. Among those aged over 80 who succumbed, 90.7 per cent were unvaccinated or undervaccinated. 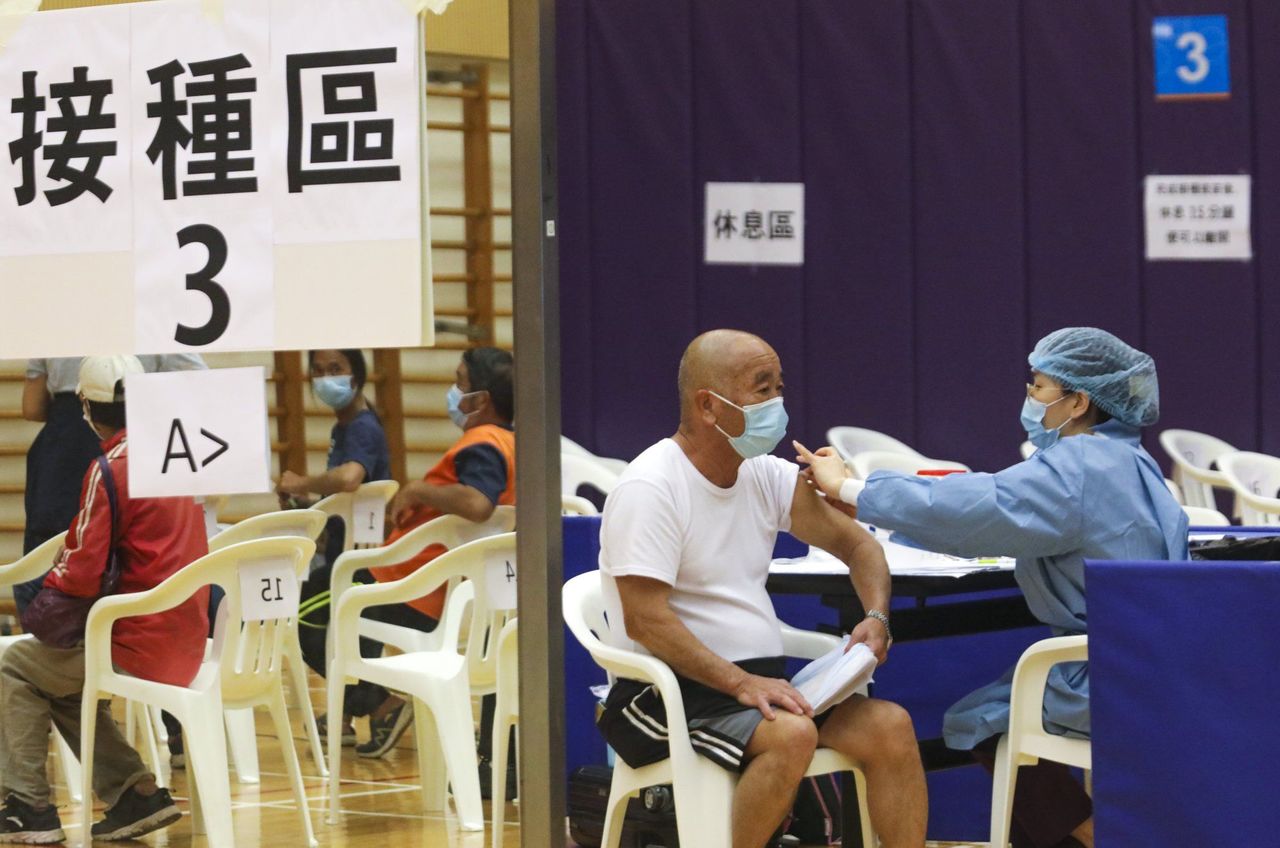 An elderly resident gets vaccinated in Peng Chau last week.

More than half of fatalities, or 3,786, involved residents in care homes for the elderly or disabled, where 48 per cent and 50 per cent of residents were infected, respectively.

Albert Au Ka-wing, the Centre for Health Protection’s principal medical and health officer, on Saturday said the drop in the death toll was relatively slower.

“There is a time lag … between the time of infection and the time of death. [As for] the fatal cases we recorded in the past week, actually, most of them caught the infection about two to three weeks earlier, so we are still seeing a high number of fatal cases recently,” he said.

“It is hoped that from this painful experience, infection control can be maintained as soon as possible in the future. Now that there are community isolation and respite centres, I hope the situation we have faced over the past few months will not recur,” he said.

“Not only must we address the present situation more seriously, we also have to prepare for future outbreaks by better protecting those targeted groups and those targeted premises,” she said.

Among those aged above 80, just 57 per cent have received a first vaccine dose, while 40 per cent are fully inoculated. Lam said there was “much room for improvement”.

Civil service chief Patrick Nip Tak-kuen told a radio programme the government would launch an online platform next week for those with disabilities, particularly the elderly, to register for vaccination at home by outreach healthcare teams.

Wallace Lau Chak-sing, convenor of the advisory panel on Covid-19 vaccines, noted that while the peak of the Omicron-fuelled fifth wave was over, the death rate was still high and dropping only very slowly.

He estimated that with less than 60 per cent of elderly residents vaccinated, at least six more weeks were needed to reach the target rate of 90 per cent.

Lau, who was speaking on the same programme as Nip, urged the elderly to get inoculated as soon as possible as a sixth wave was likely to break out with another new variant.

Meanwhile, Law said the government had so far recruited 630 mainland Chinese carers, with about half of them already deployed to designated respite centres to look after mild-case and discharged elderly patients.

He said further arrangements for the centres would be announced in the coming week. 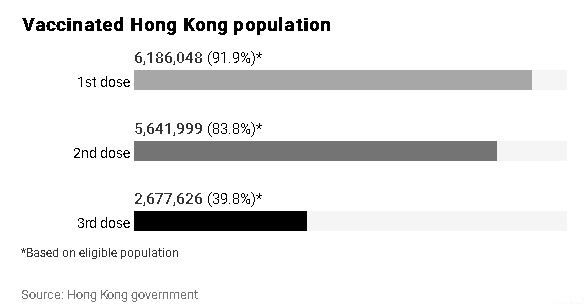 The government aimed to hire up to 2,000 Cantonese-speaking healthcare workers from the mainland on three-month contracts to ease a manpower crunch at care homes.

Some 100 locally hired carers would be deployed to overwhelmed homes for the elderly after undergoing a three-day training programme, with 42 workers already dispatched, Law added.

Law said the increase in infections during the fifth wave outpaced their handling capability.

“In fact, in terms of manpower and facilities, we cannot catch up at all to provide opportune help to our care homes.”