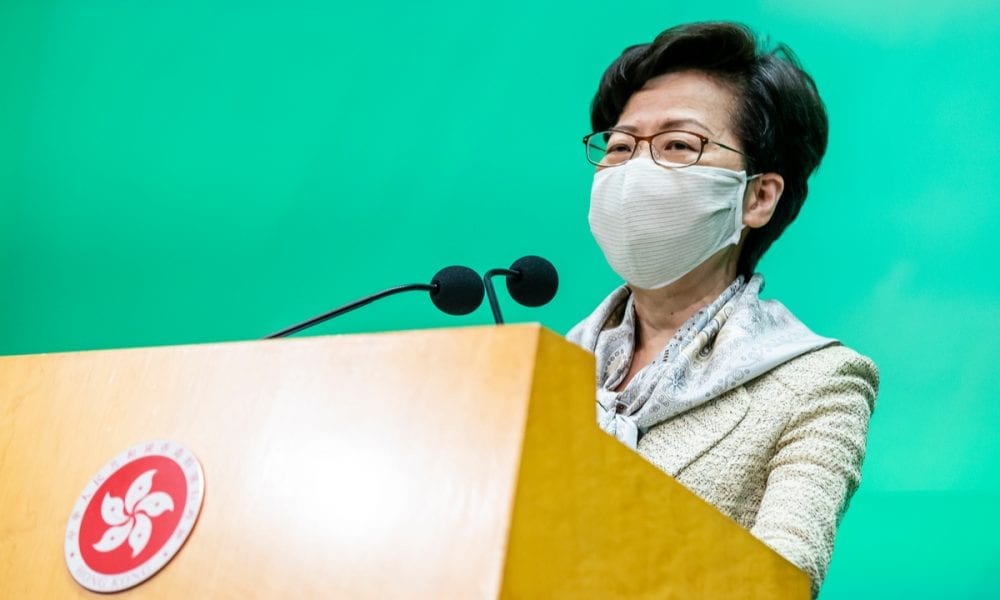 Hong Kong To Meet With Big Tech On Data Law

Proposed changes to data protection laws shouldn’t concern U.S. data titans, according to Hong Kong’s chief executive, The Wall Street Journal (WSJ) reported. They’re needed to stop the practice of doxing.
That practice refers to the malicious ways people post others’ personal information online, so as to make sure they receive some type of targeted harassment, according to WSJ.

The rules intended to stop doxing include punishment of up to 1 million Hong Kong dollars (about $128,800) for doxing crimes, along with up to five years’ imprisonment, WSJ reported.

But the Asia Internet Coalition, which represents Facebook, Twitter, Google and others, said in a June 25 letter that the proposed rules could be harmful, making it so companies’ staff could be investigated or arrested easier, and making it simpler to prosecute based on what people post online, according to WSJ. Hong Kong’s privacy commissioner for personal data will meet with the Asia Internet Coalition “as soon as possible” to better understand the group’s views.

“There is wide support that doxing should be legislated against,” Lam said, per WSJ. “All pieces of legislation, including the National Security Law, will attract concern.”

She was referring to last year’s law by the Chinese government, which was intended to quell opposition, WSJ reported. But she said concerns would be addressed as new rules moved through the legislative process.

Tech companies have threatened to stop providing services if authorities change the law, according to WSJ. Last year, American firms said they were suspending processing of Hong Kong’s law enforcement requests after China put in place a law mandating the supervision of the internet.

PYMNTS reported that big companies are threatening to leave if the new proposed rules pass.

“The only way to avoid these sanctions for technology companies would be to refrain from investing and offering the services in Hong Kong,” the companies said in the June 25 letter.
#Facebook
Add Comment