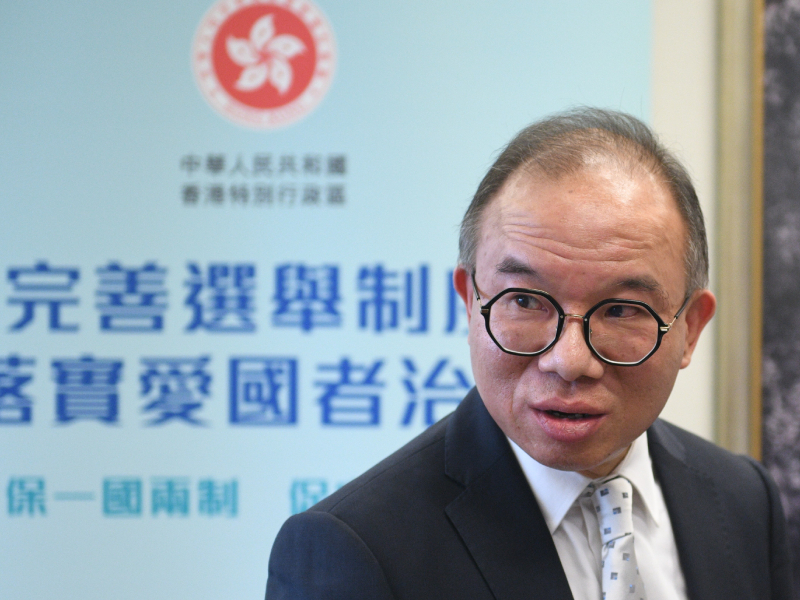 Secretary for Constitutional and Mainland Affairs Erick Tsang Kwok-wai said on Wednesday that the SAR government is considering extending the voting hours for the upcoming Chief Executive election and may allow voters under quarantine to exercise their voting rights.
Speaking at a virtual Legco meeting on Wednesday, Tsang said authorities may have to make certain adjustments to the voting arrangements in view of infection control considerations.

He said authorities are looking to lengthen the voting hours on election day on May 8 by extending the 2-hour morning session, in which election committee members may be asked to enter the venue at different time slots to reduce crowding.

The constitutional and mainland affairs chief also said election committee members who were under quarantine due to Covid may be allowed to vote during isolation, with authorities still working out details of the plan.

He noted that the daily infections in Hong Kong remain high, and officials have to strike a balance between reducing infection risk and ensuring the smooth running of the event.

Tsang said CE hopefuls can still meet with election committee members to secure their nominations as gatherings related to the election are exempted. However, they were still suggested to engage in online communications.

When asked if a rebound of the Covid outbreak would affect the transition from one administration to the next, the minister said according to the current timeline, the Chief Executive-elect should have sufficient time to form a cabinet for a smooth transition, adding that authorities would make changes accordingly to the Covid situation.

Nomination for the CE race runs till April 16, and the 1,500-strong election committee will select Hong Kong’s next leader on May 8.
#Covid
Add Comment