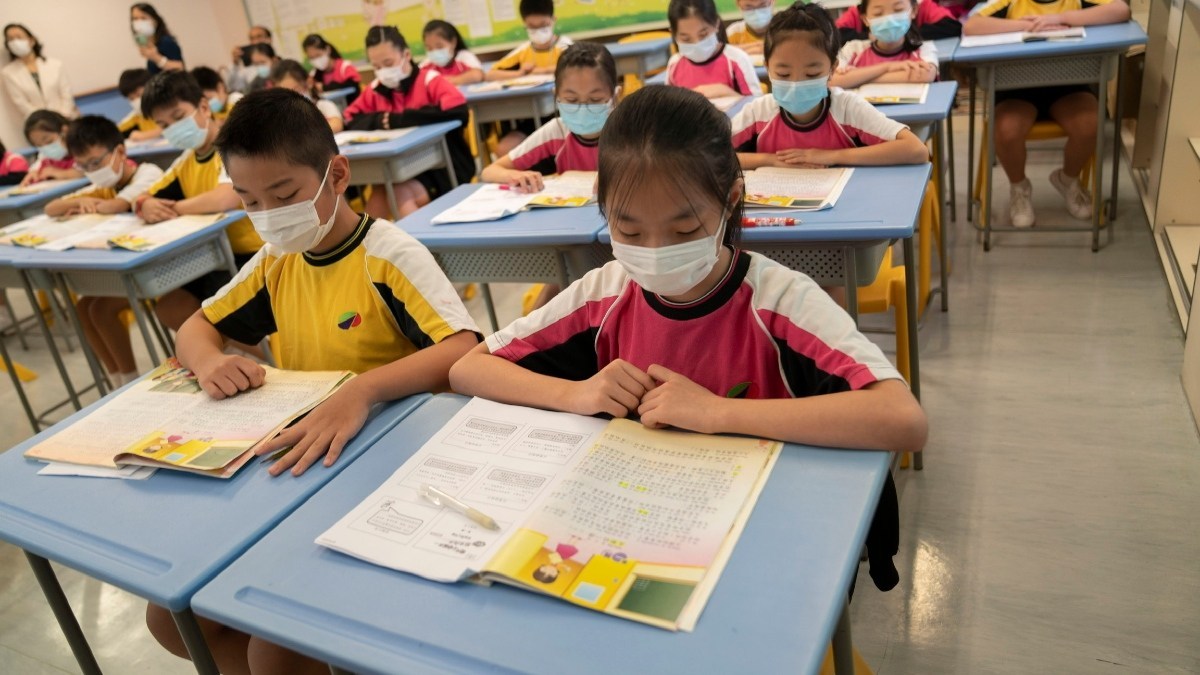 More primary and secondary school students are to have face-to-face classes in Hong Kong after the Chinese New Year holiday as the epidemic situation improves.

From February 16, primary and secondary schools, as well as kindergartens and private tutorial schools, will be able to resume half-day classes with numbers capped at a third of the student population if teachers and staff return negative Covid-19 test.

Currently, only a sixth of the student population are allowed to have face-to-face classes.

Teachers will need to be tested every fortnight. Schools that comply with the rule will need to seek approval before resuming classes.

“We are providing those schools whose teachers are very willing to do the testing another option and an opportunity for them to have the whole school back to resume face-to-face lessons at the earliest opportunity,” Kelvin Yeung, the Secretary for Education, said Thursday.

“However, the regular tests on teachers will not be a precondition for the full school resumption.”

Yeung said he hoped schools would not feel pressure to force teachers to be tested.

Tai Tak-ching, the head of the Wan Chai District Headmasters’ Conference, told RTHK chools would not be safe even if teachers tested negative because the disease had a long incubation period.

Neither the government nor health experts considered the wider community to be necessarily safe after the holiday, Tai said.

“It’s just an illusion that you are safe after testing, which may lead to people letting their guard down.”

Leung Chi-chiu, chairman of the Medical Association’s advisory committee on communicable diseases, said testing teachers every fortnight might be not frequent enough to suppress virus transmissions in schools because a person could start spreading the virus after being infected for a week. 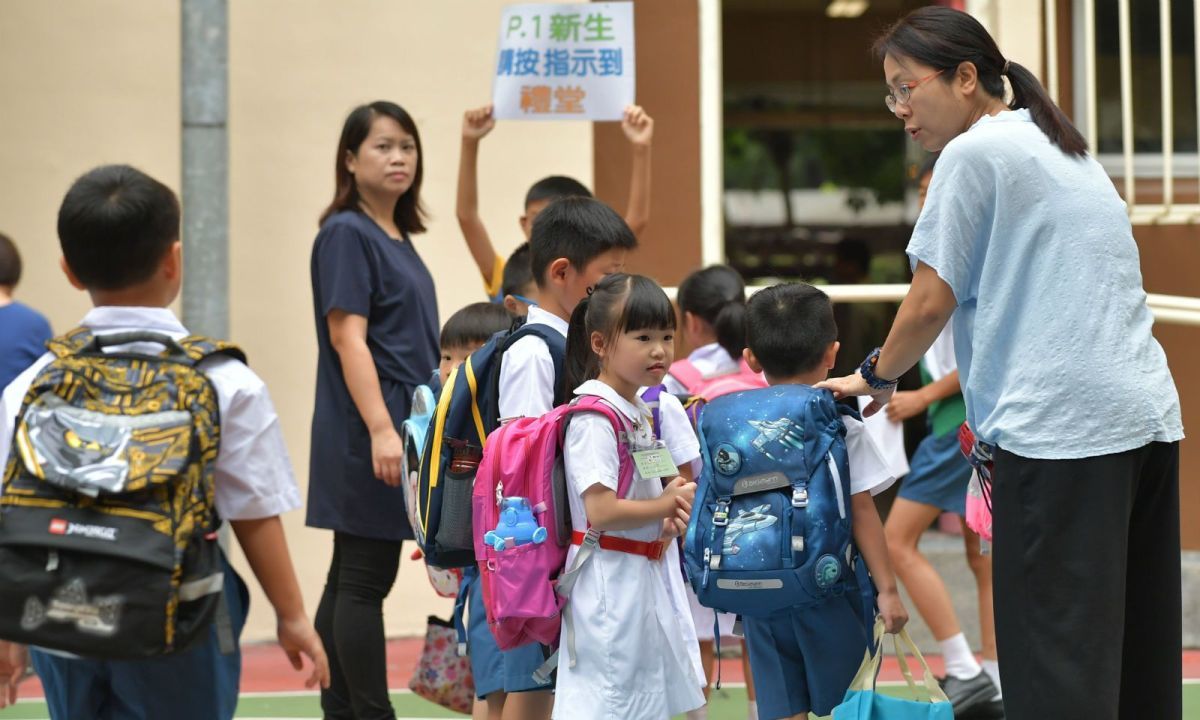 Children at a primary school in Hong Kong. Class sizes are to increase.

The Hospital Authority said Thursday that 5,000 members of staff, about 90% of all the staff who care for cancer and elderly patients, were getting tests on a voluntary basis every two weeks. A second round of testing will be conducted on Friday by outsourced labs in order not to strain the authority’s testing capability.

Raymond Lai, chief infection control officer of the Hospital Authority, said the authority hoped to test all workers in future, including staff looking after Covid patients. Lai said these staff weren’t given priority because they worked in negative pressure wards where virus transmission was less likely.

Hong Kong’s epidemic situation has improved slightly recently with 19 local infections recorded on Tuesday, the lowest since November 20. However, cases rebounded to 22, including three imported cases and 19 local infections, on Wednesday. Ten cases were untraceable while eight residential buildings were issued with mandatory test notices. About 30 people tested positive preliminarily on Thursday.

One preliminary positive case was identified at Tower 1 of Goodview Garden in Tuen Mun after more than 2,500 people were tested during overnight lockdowns. No infection was found in the lockdown in Chai Wan and To Kwa Wan.

In a question-and-answer session in the Legislative Council on Thursday, Chief Executive Carrie Lam said the government was handling the coronavirus vaccination program carefully to avoid the issue being politicized.

“Hong Kong is a diversified society,” Lam said after independent lawmaker Paul Tse accused the government of being too conservative about the use of the mainland vaccines.

“In recent years, we saw views of different people and many acts have been made political. In terms of vaccination, they should be administered as far as possible but if we are not careful, this issue could be manipulated by certain people and at the end, the people of Hong Kong would suffer.”

She added that any vaccine must be vetted by medical experts before use in Hong Kong.

Meanwhile, Lam said the government would propose new arrangements to allow Hong Kong permanent residents who are working as doctors overseas to come back and practise in the special administrative region. Lam said such a move would help alleviate a shortage of more than 600 doctors at public hospitals. 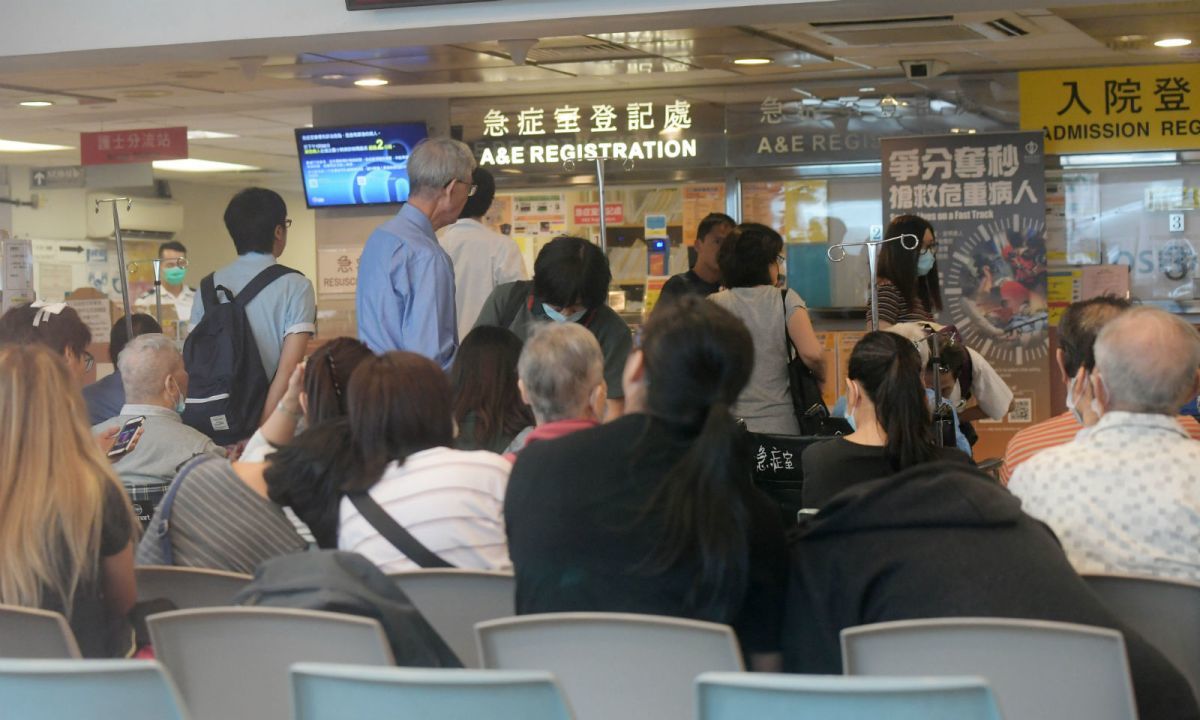 “We believe a certain number of Hong Kong students attending medical schools in the United Kingdom, the United States and Australia would like to come back to work,” Lam said.

“There are fresh graduates, specialists and even top-notch doctors. I appeal to doctors in both the private and public sectors to support the proposal.

“Doctors currently working in public hospitals can see their workload reduced if we have a few hundred more doctors suddenly.”

Lam added that doctors returning from overseas would be required to work at public hospitals for a relatively long time before being given full registration.

Arisina Ma, president of the Hong Kong Public Doctors’ Association, said the quality of overseas doctors could be uneven while senior local doctors might not have enough time to train them due to heavy workloads in hospitals.

Ma said Hong Kong medical graduates who worked for mainland or foreign hospitals were trained differently and should be required to take an examination in Hong Kong.