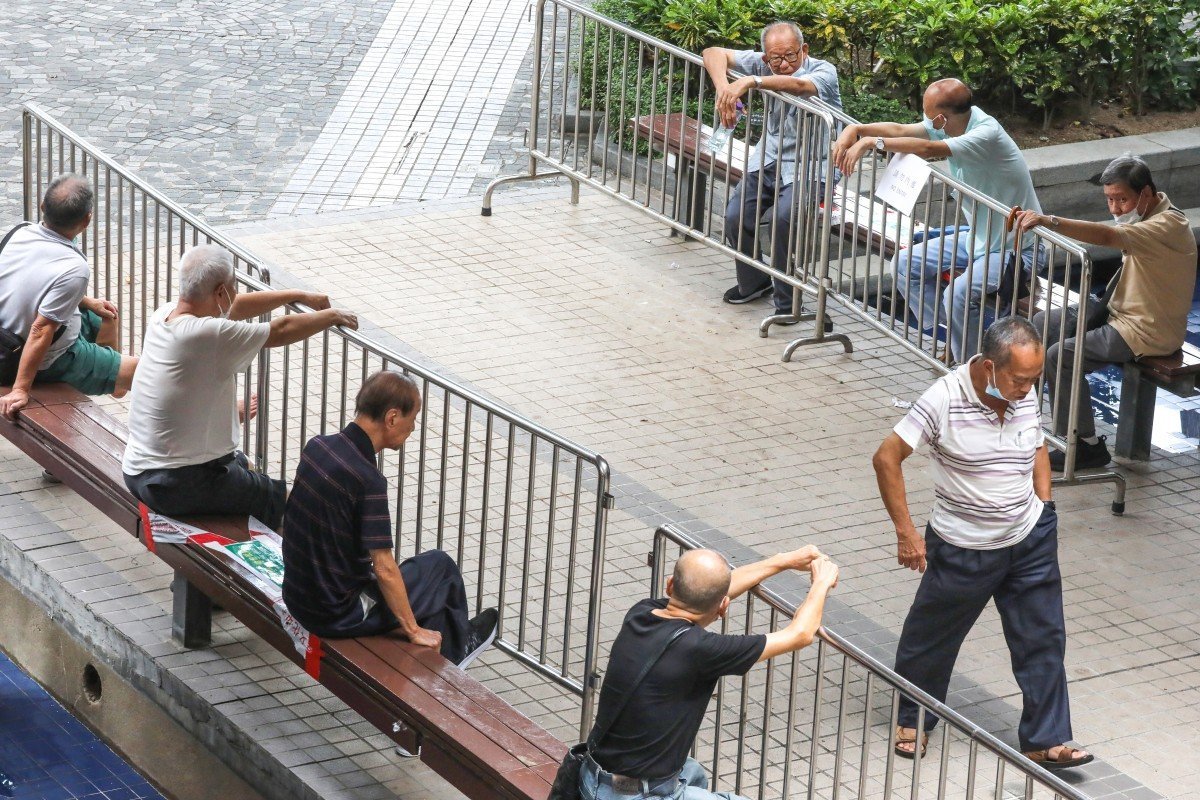 Hong Kong’s four-person limit on public groups is expected to be retained when the government’s de facto cabinet reviews anti-pandemic measures on Tuesday, but larger gatherings for religious activities and contact sports will be allowed again.

The city recorded 10 new Covid-19 infections on Monday, the first double-digit increase in more than a week of improving figures, even as the global total of coronavirus-related deaths crossed the grim milestone of 1 million, according to some counts.

A source familiar with the situation told the Post that current social-distancing rules were “very unlikely” to be ditched, as local transmissions of unknown origin were still being found in the community.

However, minor tweaks were likely, including exemptions for religious gatherings and contact sports such as basketball and football, with games to be played without masks, a shift backed by at least one government public health adviser.

It is understood the Home Affairs Bureau spent weeks lobbying for changes to the rules governing sports activities as the pandemic eased locally, but the final decision will be hammered out at Tuesday’s meeting of the Executive Council, Chief Executive Carrie Lam Cheng Yuet-ngor’s cabinet.

Some fee-charging public venues for team sports, including football pitches, cricket grounds and indoor basketball courts, have already been open since September 18. Masks were earlier no longer required for strenuous outdoor exercise.

Others, however, including outdoor basketball courts run by the Leisure and Cultural Services Department, remain closed due to a lack of staff to enforce social-distancing measures.

Last Friday, Lam declared Hong Kong’s third wave of Covid-19 under control, saying the city had “basically contained” a months-long rush of infections after a “hard-fought battle”, while acknowledging the lingering threat presented by infections with unknown sources.

On Monday, the daily coronavirus caseload ticked up slightly, though that was driven largely by imported infections, with seven of the cases originating abroad. The three others were locally transmitted but linked to previous patients. The imported cases included travellers from India, France and Britain, as well as a five-month-old baby arriving from Argentina.

Meanwhile, the Legislative Council’s Finance Committee approved the government’s HK$24 billion (US$3.1 billion) third round of anti-pandemic funding, which includes money for the expansion of quarantine facilities and the eventual purchase of coronavirus vaccines, as well as a cash injection for hard-hit industries such as tourism and catering.

Among Sunday’s new cases was a 22-year-old construction worker whose infection came from an unknown source. One of his colleagues was among the three newest confirmed cases.

“As we just had an infection with an untraceable source, we need to observe and make sure no other chains of transmission appear,” Hui said on a radio programme. “So, I do not think it is the right time to lift the limit on public gatherings.”

While the construction site case shared similarities with a previous cluster of infections at the Kwai Tsing Container Terminal, where an outbreak appeared among dock workers who shared a common room, Hui said it was less likely a similar situation would emerge in this instance.

“The construction site is a much smaller area, and nine of the worker’s colleagues have already been sent to quarantine,” he said.

But while cautioning against a broad lifting of restrictions, Hui added he believed the government could consider allowing the resumption of religious activities, with limits on the number of people permitted to gather.

Hui said Hong Kong students in Britain should not rush to travel home ahead of the country joining the city’s high-risk list on Thursday, as policies and treatment there had improved since the beginning of the pandemic.

Separately, a research team from the University of Hong Kong found during a site visit to four wet markets that most fish stalls in three of those places provided a towel or piece of cloth that multiple customers would use to wipe their hands after touching and choosing the fish.

Infectious disease expert Professor Yuen Kwok-yung, who also advises the government on the coronavirus, suggested single-use napkins be used instead to avoid cross-infections.

A number of wet markets were hit by coronavirus outbreaks during the city’s third wave, with the largest cluster at a Hung Hom market with 13 infections.