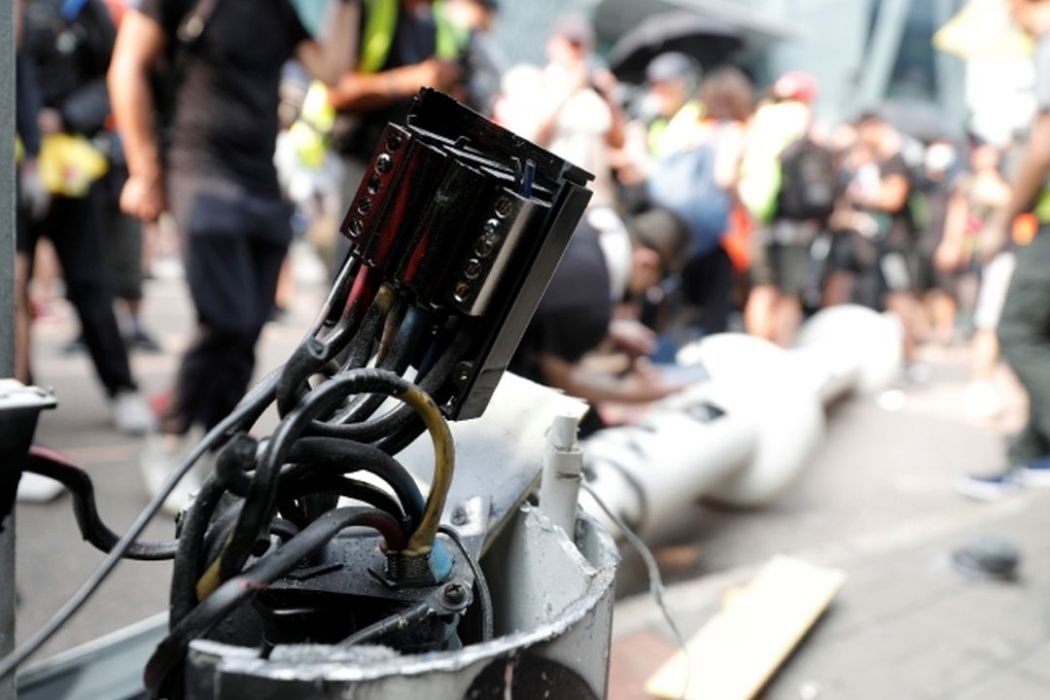 Hong Kong Free Press HKFP
A Hong Kong technology company will stop supplying parts for the government’s “smart lampposts” after its executives and employees received threats. They also cited public concerns over surveillance as a reason to back out of the programme.

TickTack Technology Limited on Sunday said that their commitment will be limited to supporting the 50 existing smart lampposts only. The firm added that it was not affiliated with Shanghai Sansi, one of the mainland contractors behind China’s surveillance network.

“We understand that disputes in society over the past few months led the public to be cautious and mistrustful towards some technology,” it said in a statement.

According to the statement, the family members of company executives, as well as its employees, were personally threatened. TickTack Technology said they hope their withdrawal from the government contract would reassure the public.

On Saturday, pro-democracy protesters targeted the 50 smart lampposts being piloted in Kwun Tong and the Kai Tak development zone, which were installed in June.

Protesters expressed fears that the lampposts could enable a mainland-style surveillance system which would affect personal liberties. The government has said that the devices do not have any facial recognition functions and data will not be shared with third parties for identification purposes.

During the Saturday protests, some demonstrators used electric saws to cut down lampposts and exposed the electronic components within. Local media reported that around 20 lampposts were damaged to varying degrees.

According to Apple Daily, protesters said that the web address “ticktack.tech/loginApp.html” showed a webpage for a Shanghai Sansi control system, and questioned whether the mainland company was the owner of TickTack.

Political group Demosisto analysed the components in a Facebook post and said that TickTack’s Bluetooth GPS locator “had the same name” as the lampposts linked to Shanghai Sansi.

TickTack responded by distancing themselves from the mainland company, saying that it had no affiliation with Shanghai Sansi and that the two executives of TickTack were born and bred in Hong Kong.

One of its systems for lamppost lighting – which was provided by Shanghai Sansi – was linked to TickTack’s website by mistake, but Sansi never had any access to local servers, the company added.

In a statement, the Innovation and Technology Bureau expressed sympathy with TickTack and said it respected the firm’s decision.

“As for a local small-and-medium enterprise being attacked and doxxed for joining the smart lamppost program, we think it is unacceptable and we express our deep regret. This incident seriously hurt the efforts of Hong Kong’s innovation industry,” a spokesperson said.

Representatives from the Lands Department and the Office of the Government Chief Information Officer (OGCIO) said that the TickTack component was a Bluetooth Beacon, which was used to signal the lamppost’s location to smartphones.

In July, the government said it would not activate certain functions on its new smart lampposts, following public concerns over privacy. Fifty smart lampposts with sensors, data connectivity and cameras were installed in June, with 350 more set to be rolled out. Features that were disabled included a function to detect vehicle speed using bluetooth device recognition, a function to detect car types using licence plate recognition, and a function to video monitor the dumping of industrial waste at blackspots.