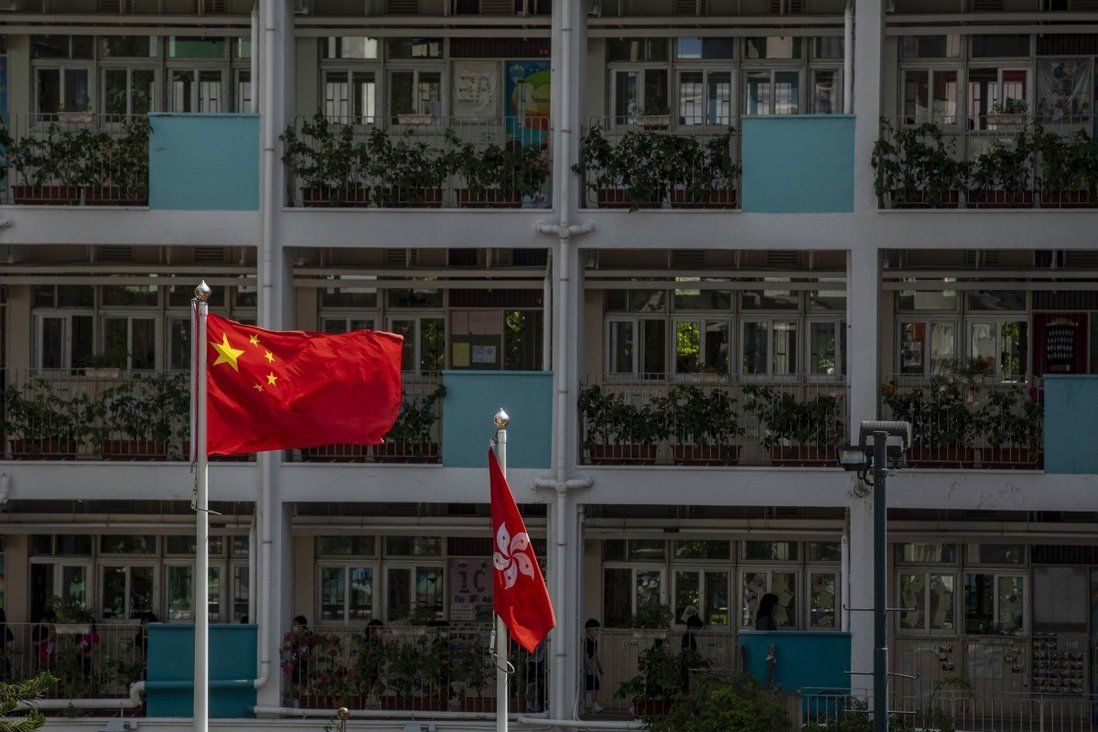 Questions remain over what will be acceptable in classrooms, and teachers say they are already deciding to change their approach to subjects such as the Tiananmen crackdown and social issues in mainland China.

Teachers spoke to the Post about their cautious approach, while Secretary for Education Kevin Yeung Yun-hung revealed in an interview with a mainland media platform that all primary and secondary schools would be given a set of 48 books to boost pupils’ national identity. The books, to be given next month, will illustrate national development and culture, and discuss topics such as landscape, infrastructure and festivals.

The set of books, titled My Home is in China, was first published on the mainland for teenagers. Yeung said the books would be for “pupils to read and teachers to make reference to when preparing teaching materials”.

He did not say if the textbooks were intended to promote the teaching of national security. Hong Kong schools are required to report by August on what all they have done to promote the subject in classrooms and their future plans.

The bureau issued sweeping guidelines on national security education in early February, covering aspects such as school management, teaching and pupils’ behaviour. Children as young as six years old will have to learn the names of the offences under the law, which bans acts of subversion, secession, terrorism and collusion with foreign forces. 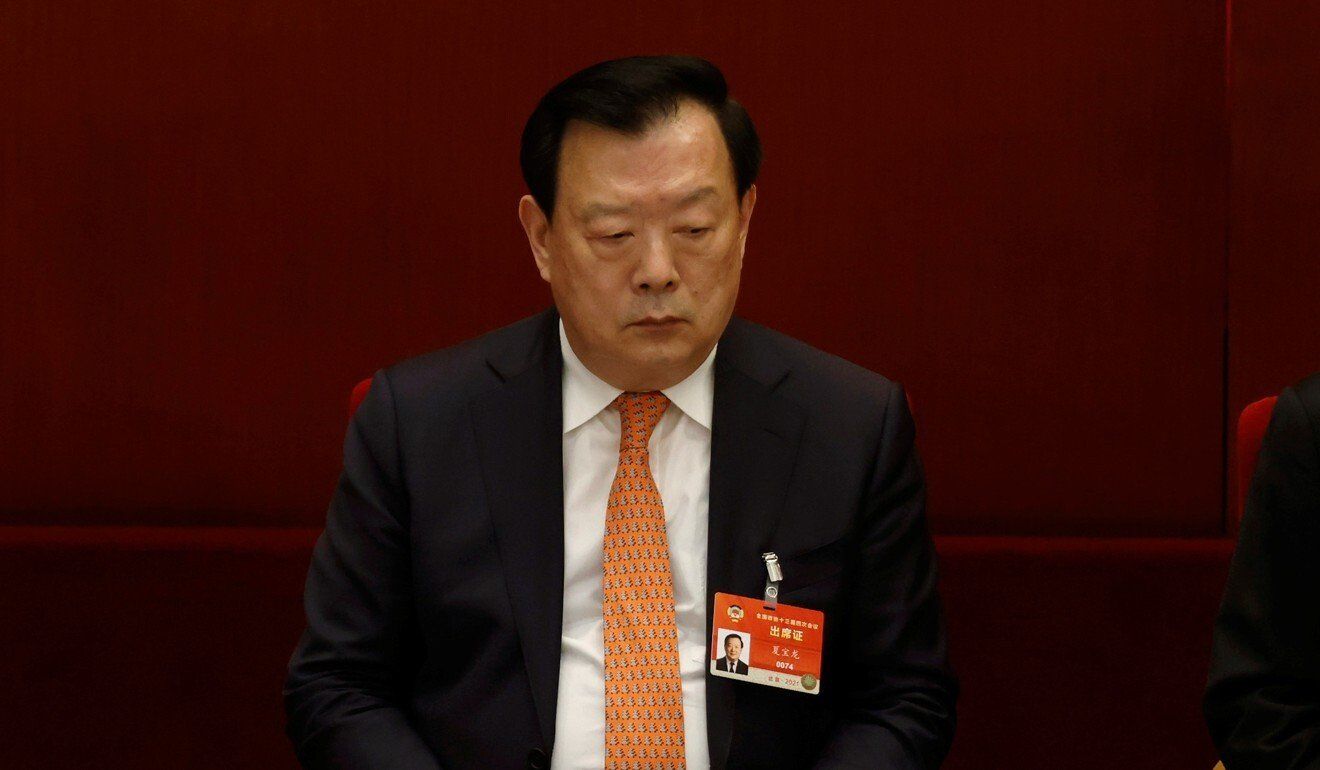 “Many of my friends have recently been more worried about the education sector. We also expect more challenges and attacks are coming,” said Sally*, a primary school teacher in her 40s with more than 10 years’ experience.

Sally said many teachers had been frustrated about increasing interference from the government in classrooms and feared the situation “could only become worse.”

Veteran secondary school teacher Paul* said he also believed there was less room to teach pupils certain issues under the security law. Some teachers were already considering avoiding sensitive topics such as social problems in mainland China, he said.

The security law, which came into effect last June, carries a maximum penalty of life imprisonment.

Paul noted a new emphasis on “balanced” teaching, which was forcing educators to reconsider how they approached certain subjects.

“For instance, when teachers want to talk about pollution issues in mainland China, we would start to think, must we also raise an example in the United States at the same time?” he said.

“When teachers use pictures of the Yellow River or Yangtze River to demonstrate the issue of water pollution and its negative impacts, we may have to consider if that could affect our pupils’ impression of China and their sense of national belonging.”

Tim*, another secondary school teacher, said although negative issues about mainland China’s policies would still be discussed in classes such as liberal studies, more sensitive areas pertaining to things like Hong Kong independence would be avoided.

“Even though these are facts … For example, the Hong Kong National Party did exist, which should not be a problem to mention during lessons. But now teachers tend to simply avoid talking about those [matters] altogether to reduce the risk of getting into trouble,” he said.

Since last September, two teachers have been stripped of their lifetime registration, with one said to have touched on Hong Kong independence in a class worksheet about freedom of speech. Education officials did not rule out referring cases of potential violations of the national security law to law enforcement agencies.

Some educators were also concerned about whether the 1989 Tiananmen Square crackdown could be mentioned to pupils. Teachers had often touched on the topic in subjects such as liberal studies and Chinese history, while some schools had held annual activities such as plays, prayer meetings and lectures. 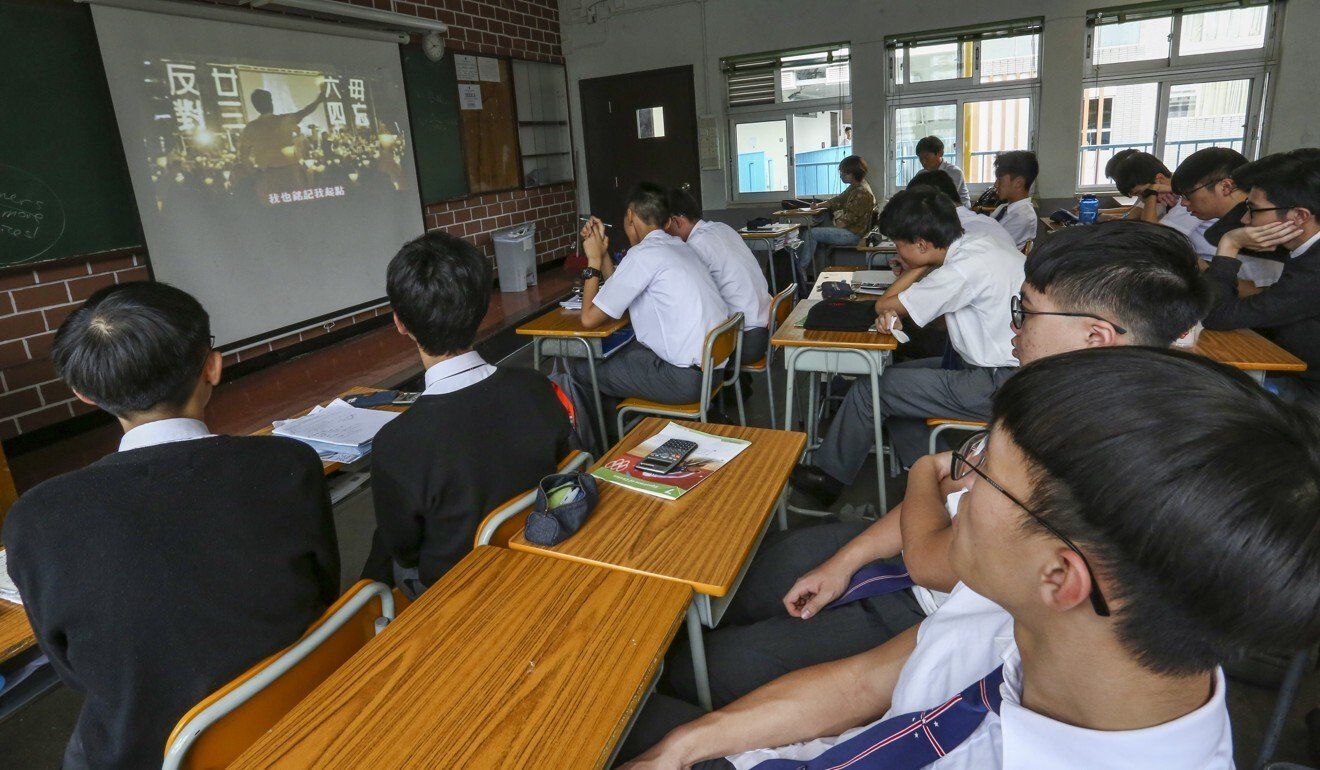 Hong Kong students watch a video about the Tiananmen Square crackdown in class in 2019.

Tim said although his school had also held activities such as mini-exhibitions and talks for pupils to commemorate the bloody June 4 crackdown in the past, they were planning to stop the practice from this year onwards.

“I don’t think under the current political atmosphere there is still room for us to hold such activities, which could only bring us trouble,” he explained, although he expected teachers to still mention the incident when discussing China’s reform and opening-up in the 1980s.

Earlier this month, education officials asked schools to report whether they had surveillance cameras on campus after some pro-Beijing lawmakers called for the mandatory installation of security cameras in classrooms to monitor teachers. Undersecretary for Education Choi Yuk-lin, however, expressed reservations over the proposal, saying the move could have a negative impact on daily interactions between pupils and teachers.

Authorities have also said they were looking into the possibility of educators at hundreds of subsidised schools having to swear allegiance to the city and the Basic Law after teachers at government-run schools – along with all civil servants – were previously told to do so.

One secondary school principal said: “In the past, if teachers did something wrong, at most they would get a warning, or worse, get fired from the school. But now they are risking much more things, and can even be put into prison.”

The principal said he believed that given the restrictions on academic freedom, fewer young people might consider becoming educators themselves given the changing political atmosphere.

But not all schools are worried. One self-described “traditional patriotic school” already has plans to infuse national security into its entire range of courses, even mathematics.

“In fact, we are planning to introduce national security education and national development elements in all our subjects over the coming school year,” said Wong Ching-yung, principal of Scientia Secondary School.

“For example, in maths, on topics such as velocity, we can use the example of the high-speed railway running between West Kowloon in Hong Kong and Beijing,” he said. “In physical education class, we can talk about our nation’s sports industry development.”

The school has been holding flag-raising ceremonies more than 20 times a year, he continued, while activities were held to teach pupils about current affairs, such as a recent quiz competition for students about Beijing’s “patriots governing Hong Kong” principle.

An Education Bureau spokeswoman said in a reply that they would be helping schools plan their national security curriculum, adding that they were planning to release more guidelines on the subject to primary and secondary schools over the next few months.

Without commenting directly on whether schools could still teach about or mark the anniversary of the Tiananmen crackdown, the spokeswoman said they should “carefully choose” what events to hold and which people to invite for talks to “protect pupils’ well-being … and bring out positive values”.

Tim, the secondary school teacher, said: “The risks and pressure for teachers have ballooned … I believe many teachers’ bottom line is whether they will be able to retain any autonomy in classrooms, or if they would be heavily monitored [in the future].”