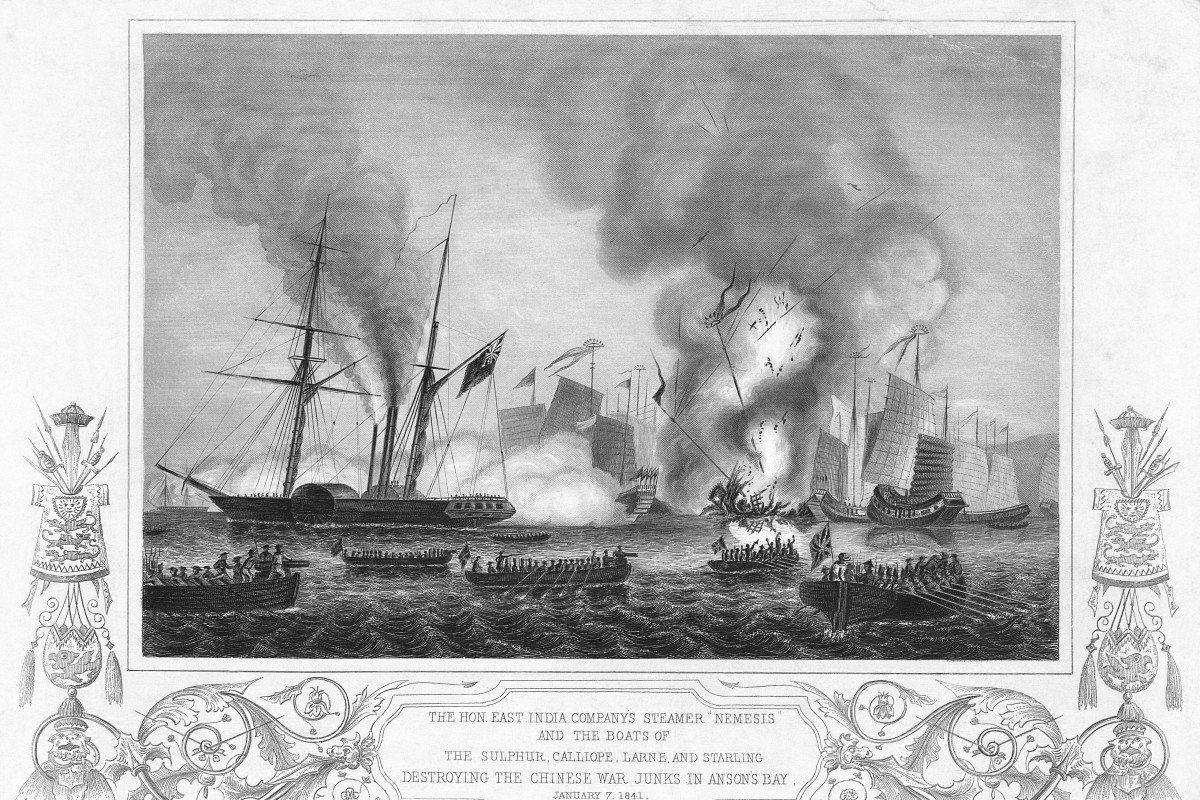 The teacher told his students the war was the result of Britain’s attempts to ban opium in China, when it was in fact quite the opposite.

A Hong Kong primary school teacher who taught pupils a distorted history of the first Sino-British opium war on Thursday became the second educator stripped of his registration in the past two months, with authorities saying he relied on “wild guesses” in the classroom.

The case follows the high-profile deregistration of a primary school teacher in September over accusations he spread pro-independence messages in a lesson plan touching on issues such as freedom of speech.

The latest deregistered teacher is understood to work at Ho Lap Primary School in Tsz Wan Shan. His case came to light in April after a video circulated online showing him telling a Primary Two general studies class that the war, fought between 1839 and 1842, was the result of “Britain’s attempt to ban opium smoking in China”. 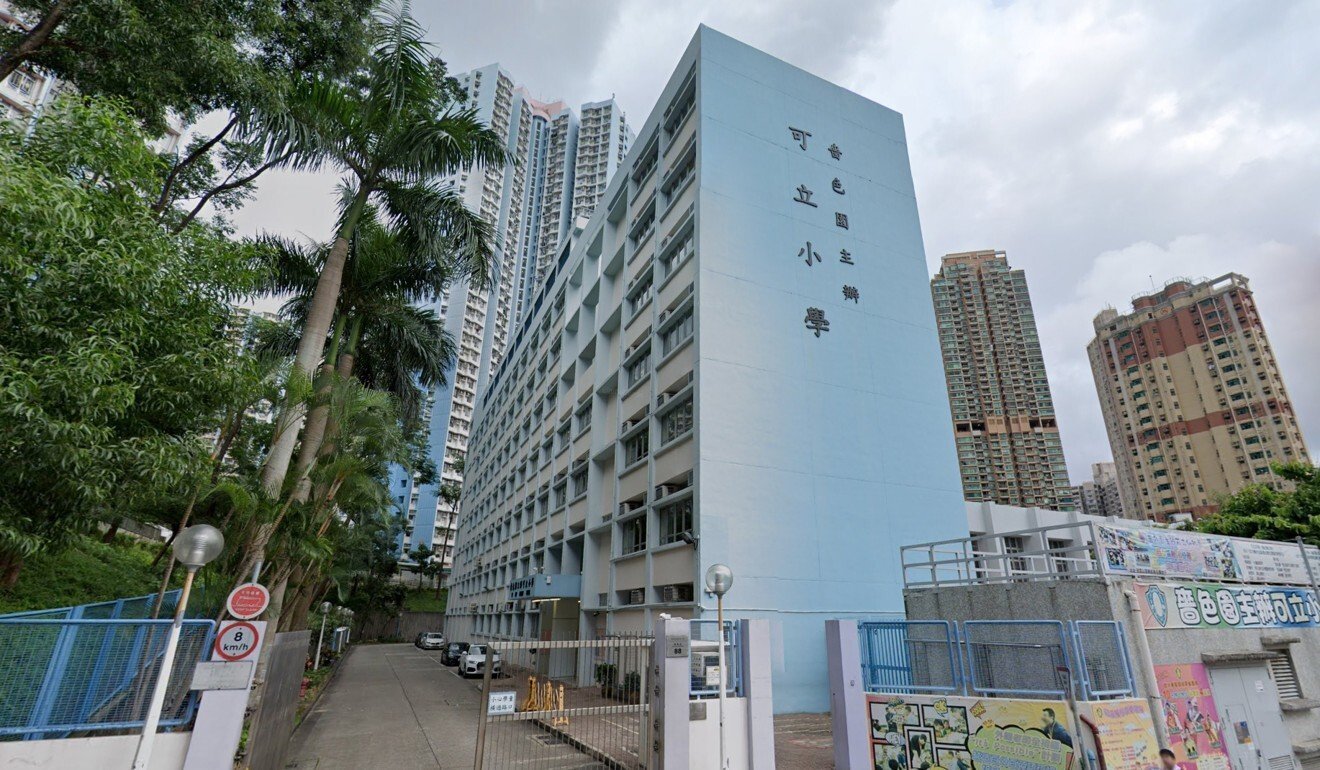 Both the teacher and the school received widespread criticism over the lesson, given that Britain had in fact sought to import massive amounts of opium into China before the war, with officials from the Qing dynasty moving to stamp out the drug trade.

The school’s principal quickly apologised to parents over the incorrect lesson, and an internal investigation was carried out. It is understood that the teacher was suspended after the incident came to light, and the school’s sponsoring body, Sik Sik Yuen – a religious charitable organisation – said on Thursday night that the teacher had left the institution.

The panel head overseeing the general studies teaching materials by the deregistered teacher was also handed a letter of reprimand over what the Education Bureau said was an “obvious lapse in supervision”.

In a statement released by the bureau on Thursday, the teacher was slammed for providing distorted historical details in class. Authorities said he had “completely neglected his basic duty” in lesson preparation, and was incompetent and unfit to be a teacher.

Apart from the untruths about the first opium war, officials said he also told students studying the Four Great Inventions of China that the invention of paper – which replaced the use of turtle shells and animal bones for recording events – had been expressly undertaken to “prevent the extinction of animals”. 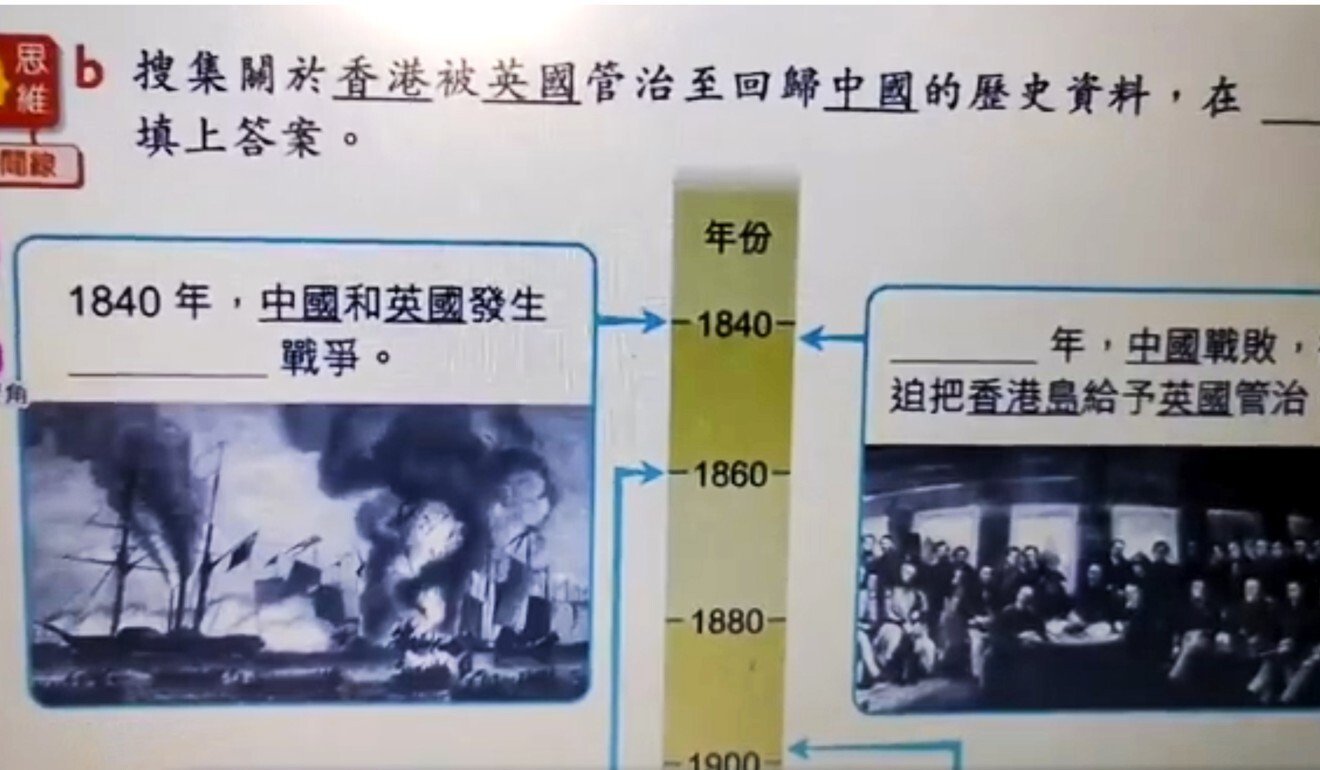 A screen grab of an online lesson about the first Sino-British opium war prepared by a teacher who has since been deregistered.

“Such teaching content is obviously wrong or even absolute nonsense,” the spokesman said. “We learned the school provided teaching kits to the teacher, who should have had little difficulty in finding the correct historical information if he had been more prudent and attentive.”

He added: “It was indeed a grave professional mistake and complete neglect of duty that the teacher did not prepare for lessons seriously and taught students based only on his own casual and even nonsensical thoughts.”

The spokesman said the bureau believed “parents and society would share the same view”.

“The teacher only taught with his wild guesses, which would cause serious harm to the learning and development of students. The [bureau] cannot put the well-being of students in the hands of such a teacher.”

The bureau also stressed that a “thorough and stringent” probe had been carried out, including examining the school’s report and the teacher’s explanations, although it did not detail the findings of the school’s internal investigation.

But the Professional Teachers’ Union (PTU), which has been assisting the teacher, criticised the bureau’s penalty for being “disproportionate and deeply unfair”, adding that the teacher would likely file an appeal over the decision.

“It is frustrating and unreasonable that the Education Bureau handed the teacher this extreme penalty. Other teachers will also worry whether they may face the same fate if they said something wrong in class,” said PTU vice-president and opposition lawmaker Ip Kin-yuen, who represents the education sector in the legislature.

He admitted the teacher had shortcomings, but added: “Even though the teacher did not perform quite well in some aspects, perhaps he could still be a good teacher in other areas. Instead, should the school be given the opportunity to arrange the teacher to focus on areas that he is better at?”

Wong Kam-leung, a primary school principal and chairman of the pro-establishment Federation of Education Workers, said although it was “unfortunate” that a second case of deregistration occurred, he agreed with the bureau’s decision to safeguard the education sector’s professionalism.

“I believe this was an individual case, and that most teachers are still teaching professionally and would not commit such mistakes,” Wong said. “As long as teachers perform their duties well, I do not believe there would be any so-called chilling effect across the sector.”

Ho Lap Primary School did not respond to a Post inquiry by press time.

Under the Education Ordinance, a lifelong deregistration means that the teacher cannot teach or set foot on campuses. An appeal can be filed within 21 days of receiving notice, with a formal hearing held to decide whether the move was justified.

Between June last year and this August, the bureau received at least 247 complaints against teachers’ misconduct, with 37 teachers given reminders or advisories, and another 33 handed more serious warning or reprimand letters.