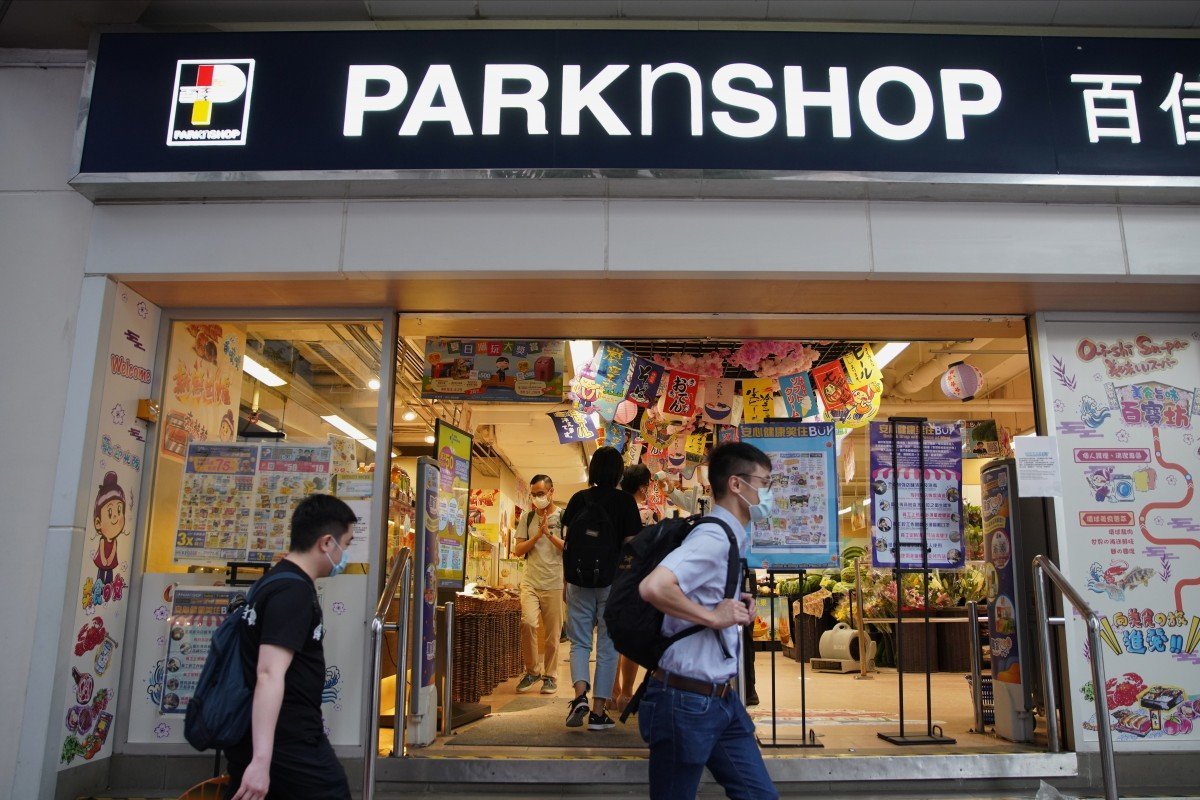 ParknShop says anyone with Hong Kong ID card will be eligible as reveals further details of plan to return HK$81 million it received as part of the government’s wage subsidies scheme.

One of Hong Kong’s largest supermarket chains has announced more details of its plan to return half of the cash it received from the government’s coronavirus-relief measures – with HK$32 million up for grabs in a lucky draw.

ParknShop, which is backed by tycoon Li Ka-shing, revealed on Wednesday that anyone with a Hong Kong ID card, not just its customers, would be eligible to win cash prizes.

As part of its commitment to return a total of HK$81 million in wage subsidies, a further HK$40 million has been set aside to provide food coupons for some of the city’s neediest people, while company employees could also receive money as part of the rebate. ParknShop had proposed offering 20 per cent off consumer goods, or giving cash coupons to shoppers.

The company, which is part of AS Watson, along with its arch-rival Wellcome, is required to give back at least half of what it collected from the second tranche of the government’s HK$81 billion Employment Support Scheme, as supermarkets thrived during social distancing.

“We talked to the government about offering 20 per cent off on consumer goods, or giving away cash coupons for shoppers who spend at our stores, but this was not adopted,” Malina Ngai, AS Watson (Asia and Europe) CEO, said. “We came up with the lucky draw.”

A government spokesman said Wellcome had received HK$184.5 million under the latest round of subsidies between September and November to retain 10,149 workers, while ParknShop pocketed HK$161.96 million to keep 8,215 jobs.

Wellcome has committed to giving back about HK$100 million to the community, or 54 per cent of the value of its subsidy, and ParknShop has offered to give back HK$81 million, or 50 per cent.

Wellcome, which runs 331 supermarkets in Hong Kong, and ParknShop, which operates 260 stores in the city, each pocketed the same amount in the first round of the scheme between June and August.

Amid a public outcry over multinationals receiving the cash, the government imposed the condition of rebates on the supermarket chains when they applied for the second tranche.

All the rebates, which are required to benefit underprivileged groups, customers, and frontline staff, must be given away by the end of this year, the government said.

On Tuesday, Wellcome, which is operated by conglomerate Jardine Matheson through Dairy Farm International, said it would roll out HK$120 million (US$15.4 million) worth of sweeteners, including cash coupons, meal vouchers, and cash donations to the needy, while keeping the price of 300 daily necessities unchanged for six months.

A Wellcome spokeswoman said on Wednesday that more details would be released in due course.

Ngai said the company would give away HK$40 million worth of food coupons to about 200,000 people, including needy families, the elderly and the disabled, with HK$200 vouchers to be budgeted per person next month.

She said the vouchers would be distributed through 20 non-governmental organisations.

Jessie Yu Sau-chu, chief executive of Hong Kong Single Parents Association, which is one of the NGOs taking part, said the priority was to find out how many members would qualify for the vouchers by September 28, so they could be passed to them in October.

“We have thousands of members, who are struggling from unemployment,” she said. “We also called for donors for food to meet their daily needs.”